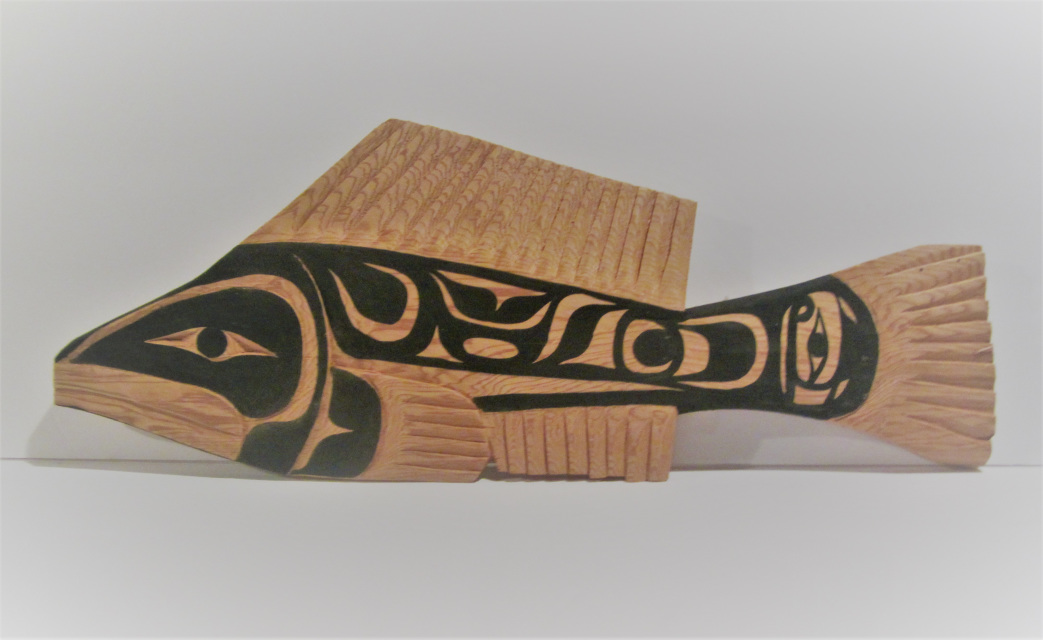 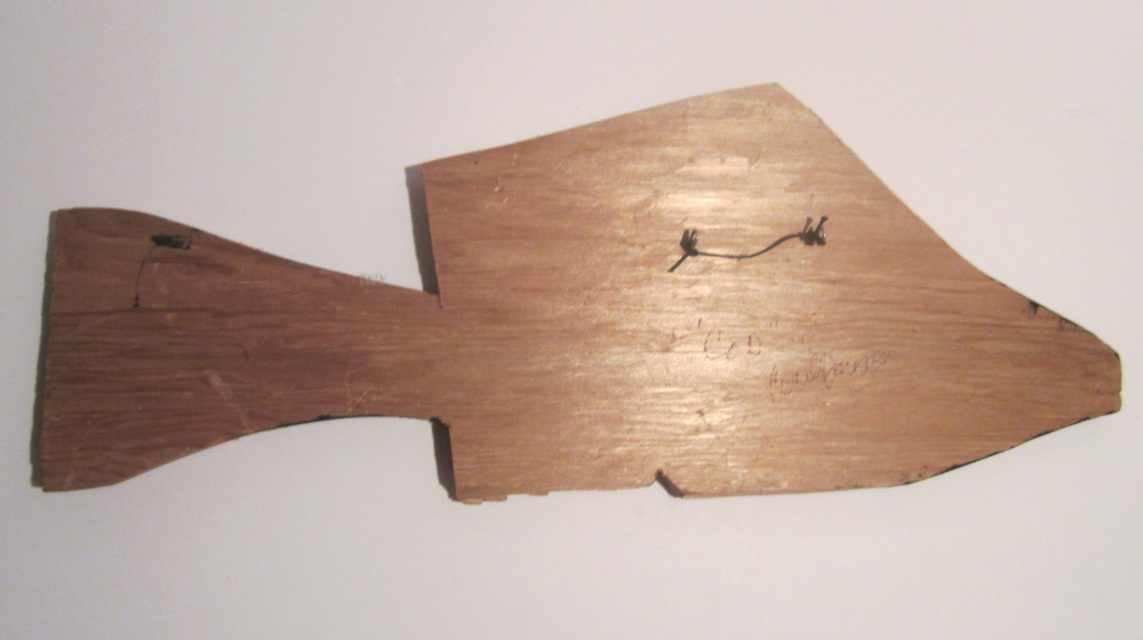 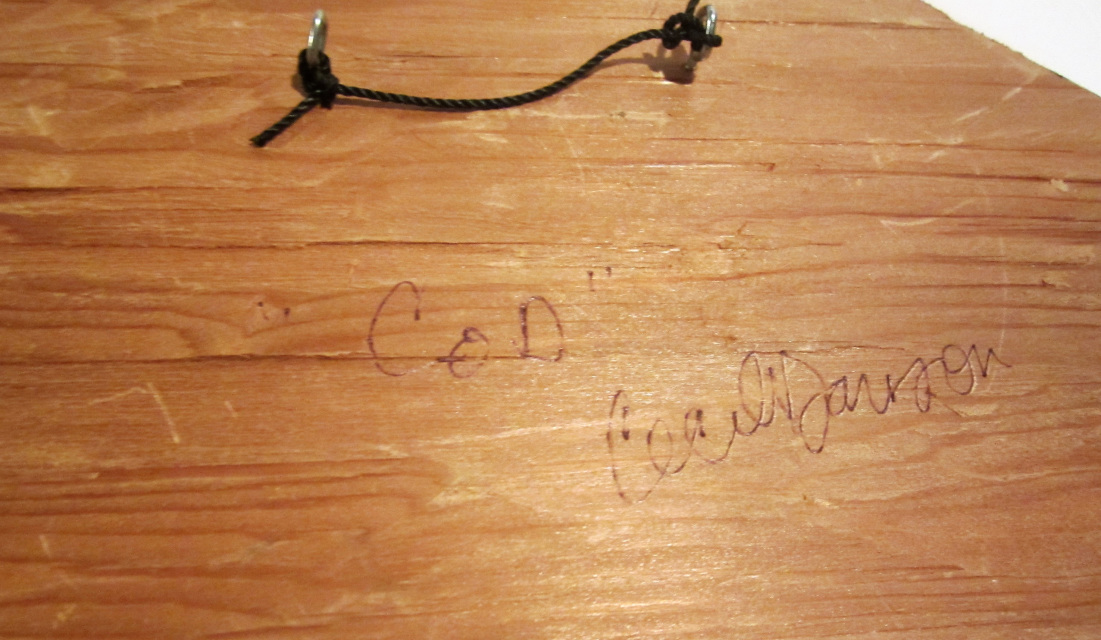 NOS Beautiful, original and signed 18 1/2 inches long by 7 1/4 inch wide cedar wood plaque with his depiction of '' Cod Fish'' in the style of the Kwakuitl nation.

This beautiful cedar wood plaque is signed by Hereditary Chief and artist Cecil Dawson and is ready to hung on a wall.

Codfish were an important food item for coastal Native American tribes, but do not play a very important role in Native American mythology. When codfish appear in Native American legends, their role is usually simply as something that other characters are eating or fishing for. Some Nuu-chah-nulth tribes tell the story that a lunar eclipse is the result of a codfish trying to swallow the moon. Some Native Alaskan fishermen make a special offering of the first cod they catch each season, similar to how it is done for salmon and halibut. Codfish is used as a clan crest in some Northwest Coast tribes, such as the Tlingit, and can sometimes be found carved on totem poles.