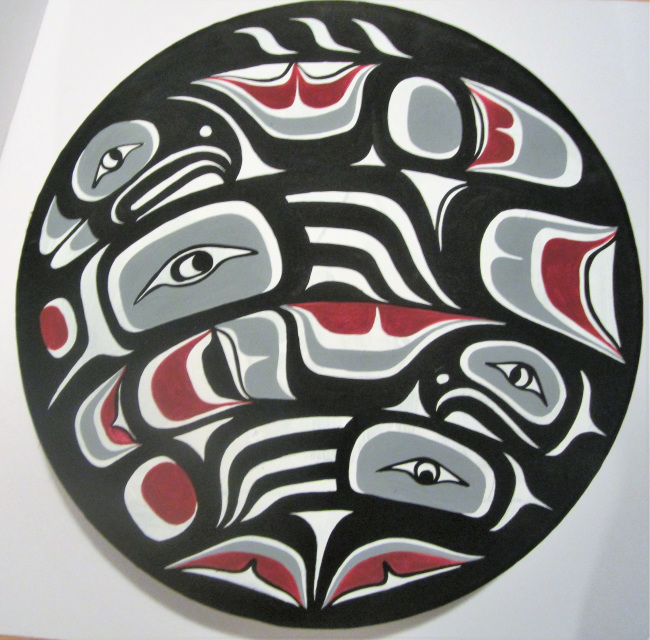 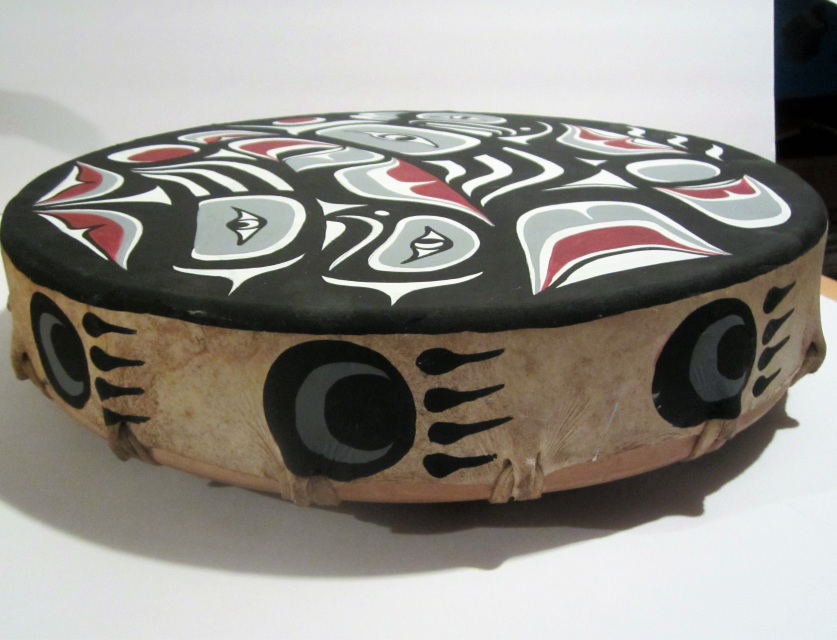 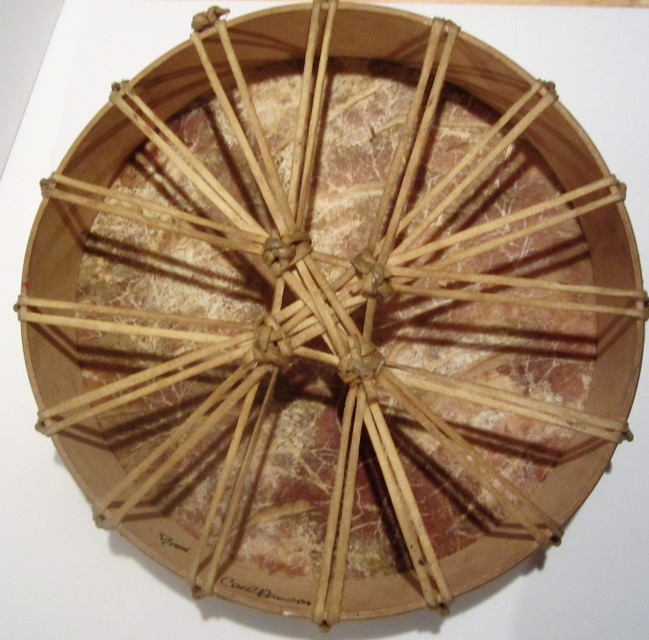 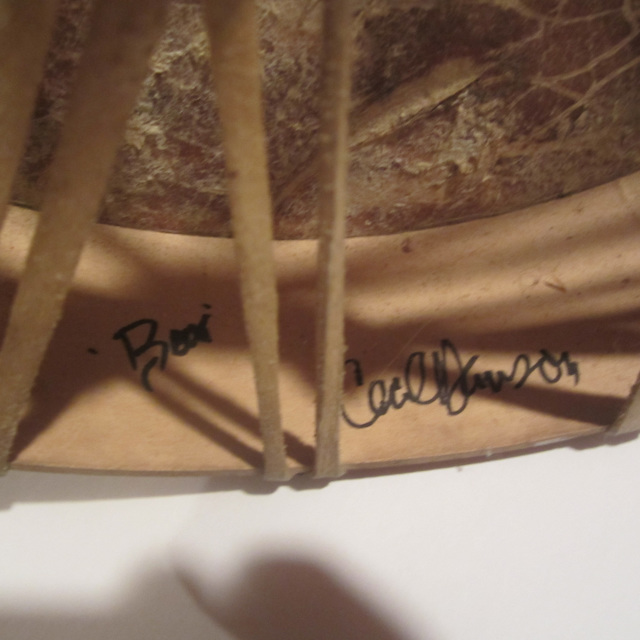 NOS Beautiful, original and signed 15 1/2 inches long by 3 inch high deer hide ceremonial potlach drum with his depiction of '' Bear '' in the style of the Kwakuitl nation.

This beautiful drum is signed by Hereditary Chief and artist Cecil Dawson and is ready to play.

In West Coast culture, there are several legends telling of a Chief's daughter being abducted by a bear. The high ranking woman had been out in the woods picking berries and stepped on some Bear dung and began to curse out loud, insulting their cleanliness. Two Bears nearby heard her and decided they would not tolerate such insolence. They felt the disrespectful woman had to be punished. To do this, one Bear transformed himself into a very handsome man who approached this woman, and seductively lured her to accompany him to his mountain home. When she did, she fell in love with him and became partially Bear-like herself.