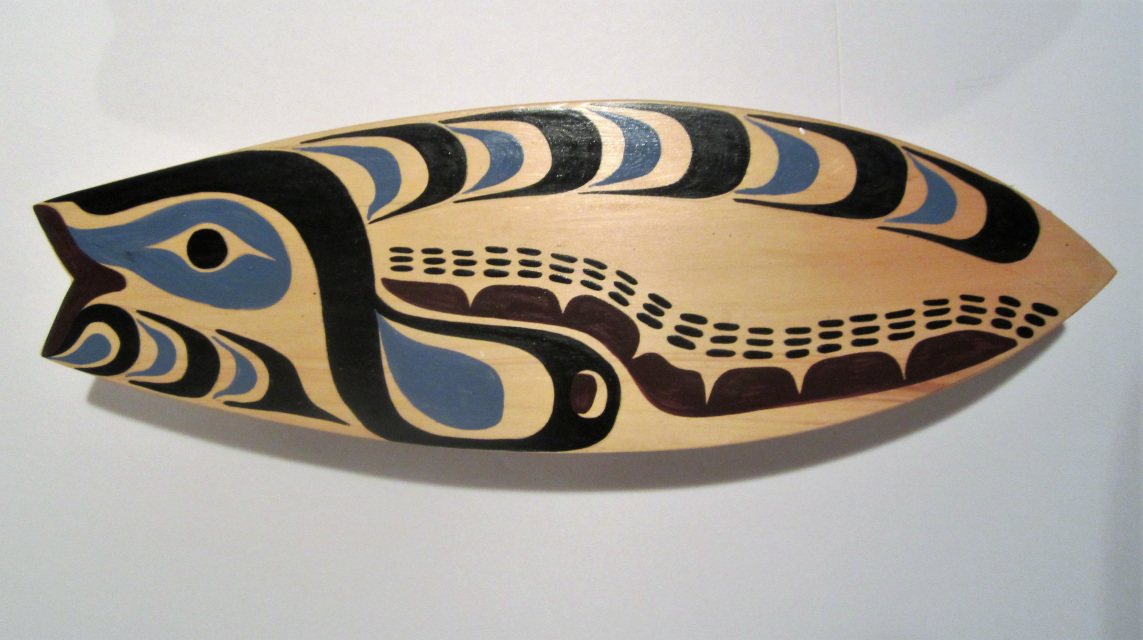 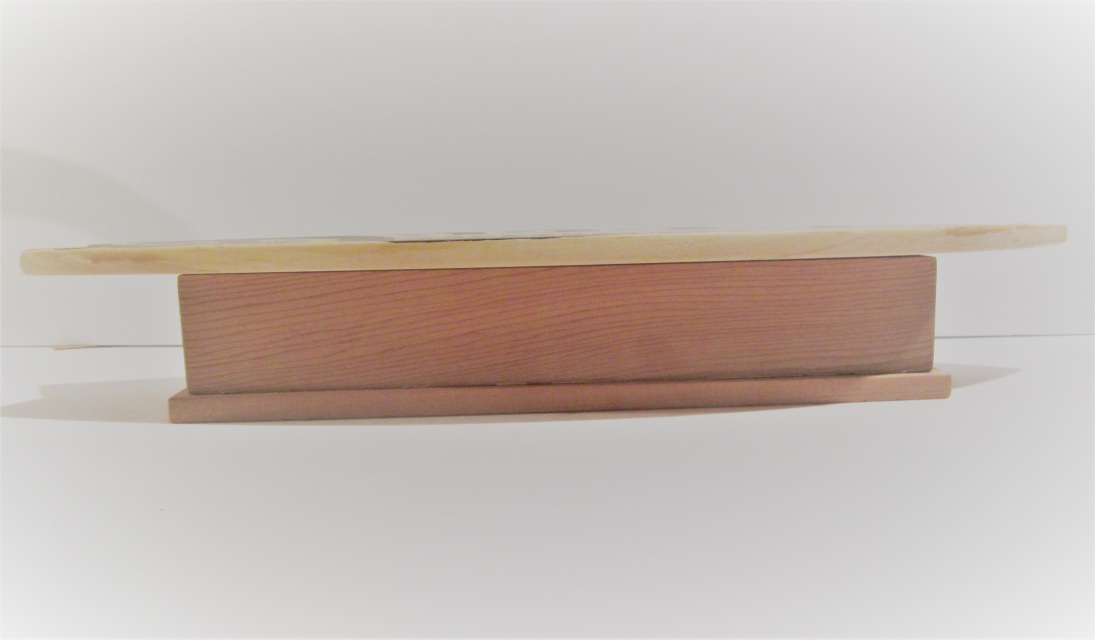 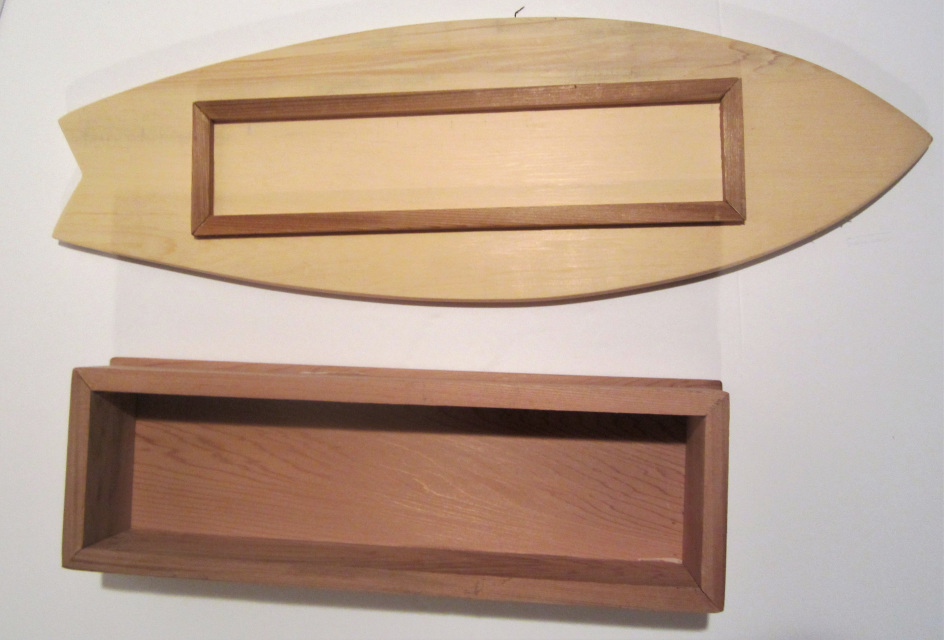 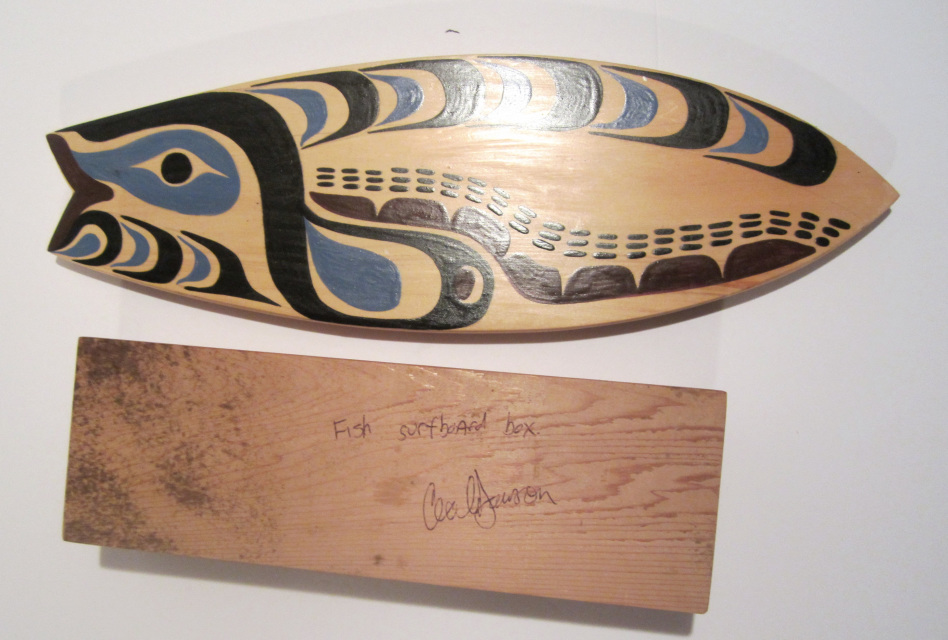 NOS Beautiful, original and signed 11 1/2 inches long box by 17 inch long lid by 2 1/2 inch high ceremonial cedar wood box with his depiction of ''Surfboard Fish'' in the style of the Kwakiutl nation used for potlatching and ceremonies .