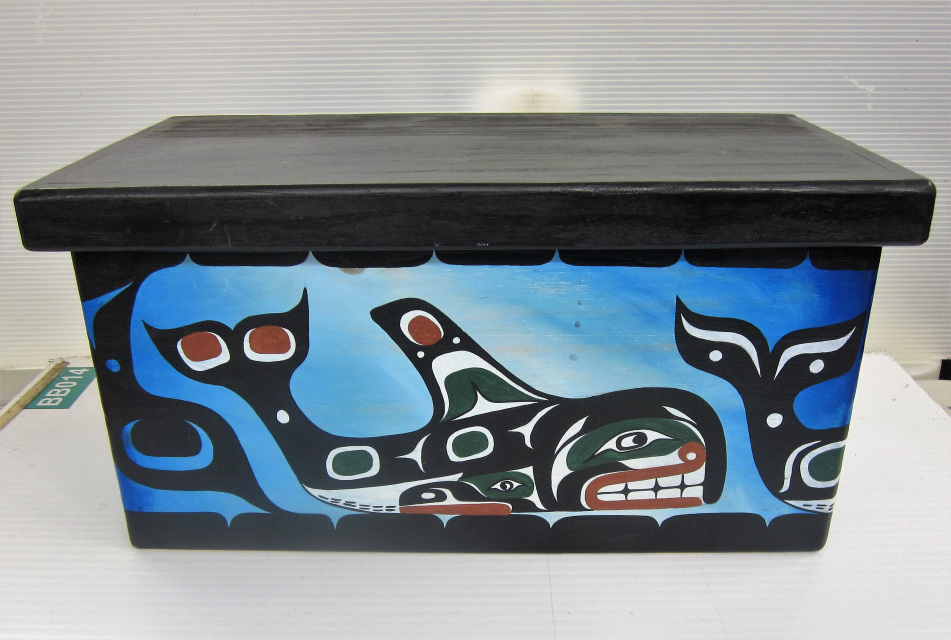 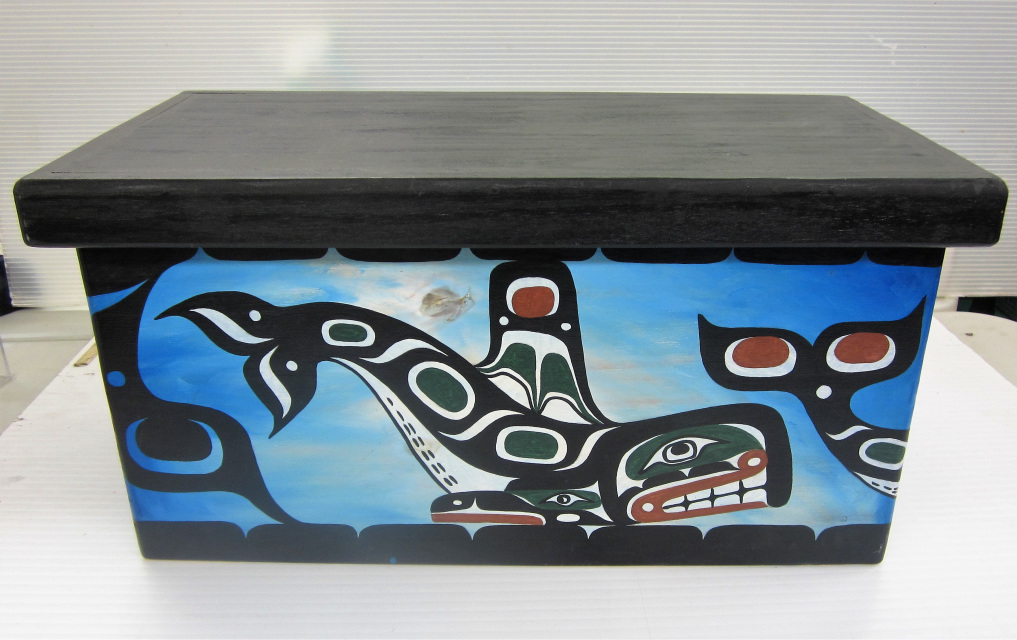 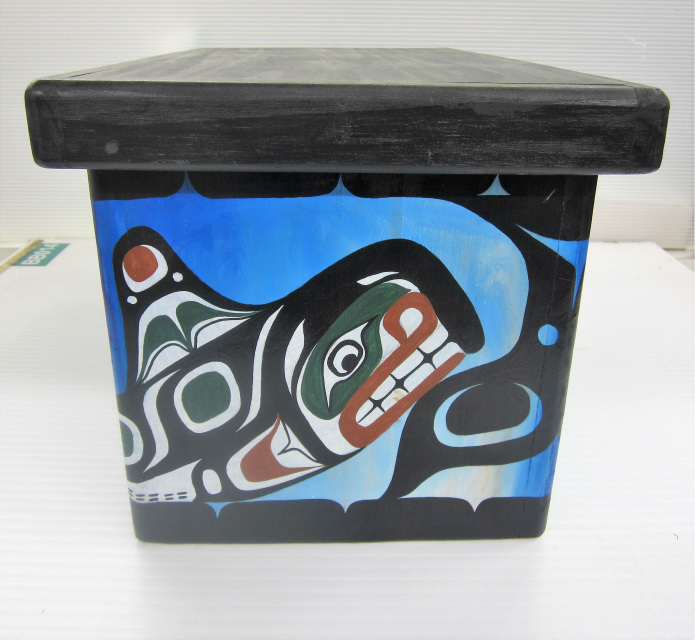 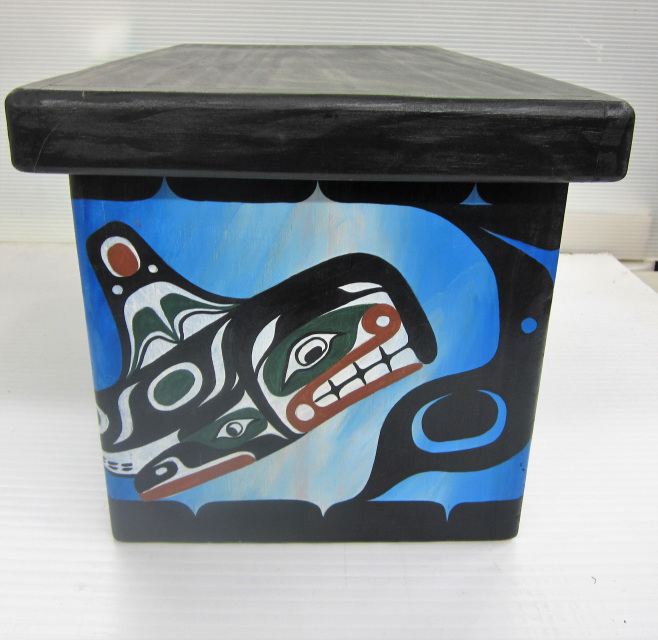 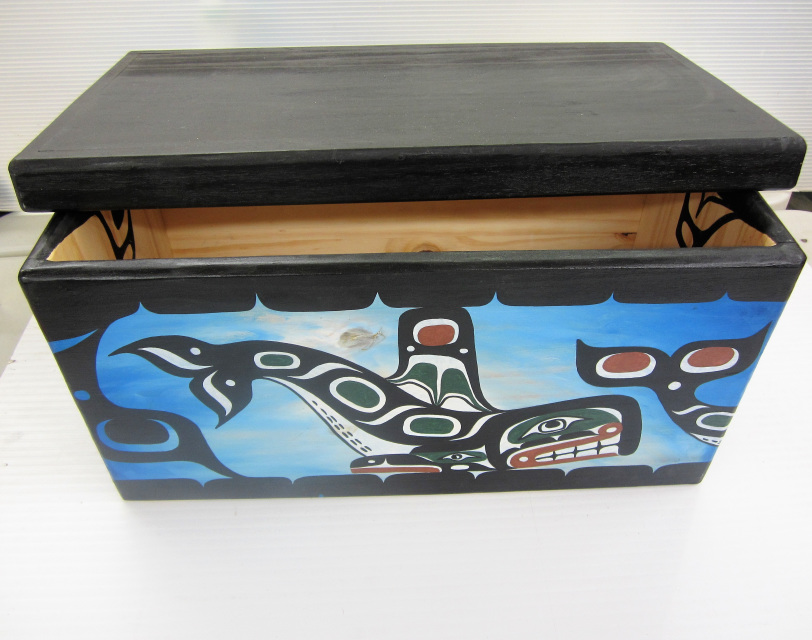 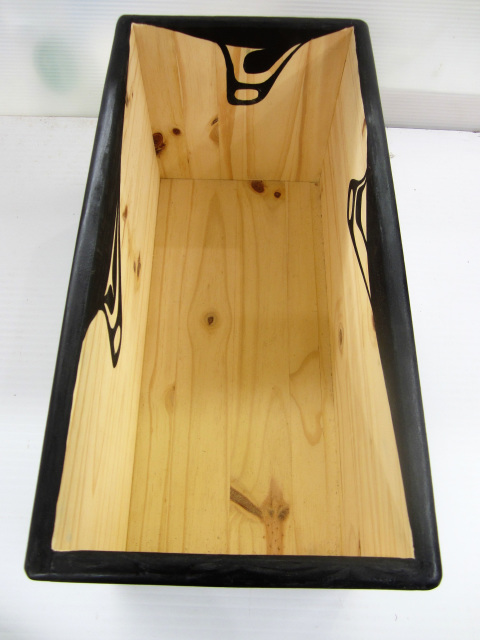 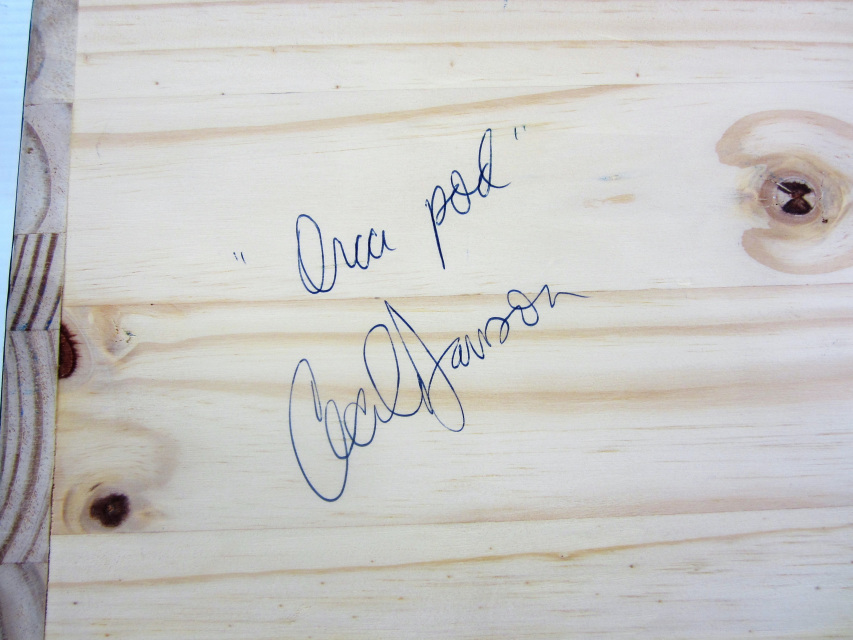 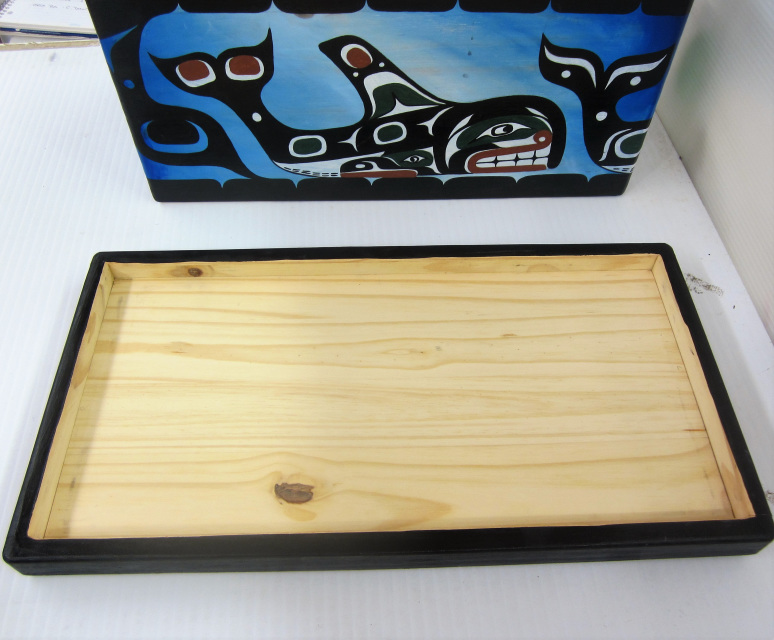 NOS Beautiful, original and signed 20 inches long by 10 inch wide and 9.5 inch inside space wood box with his depiction of ''Killer Whale, Orca pod'' in the style of the Kwakuitl nation .