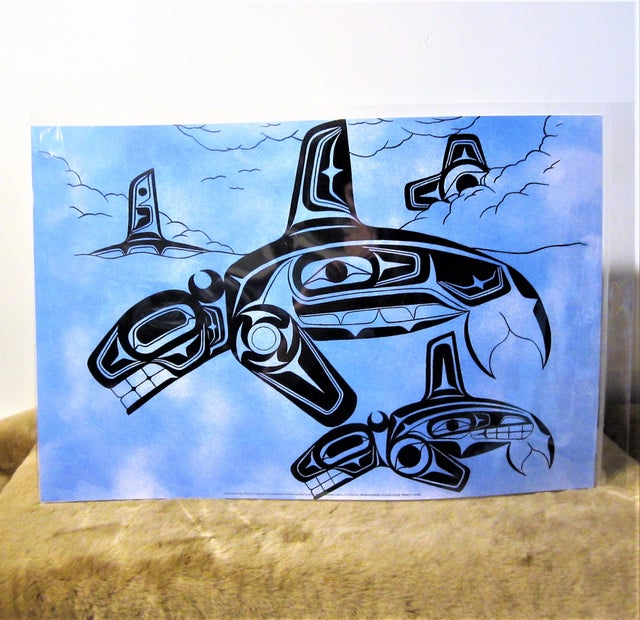 Beautiful ''Family Of Orcas'' large poster with Terrence's depiction in the style of the Northern Tutchone nation.