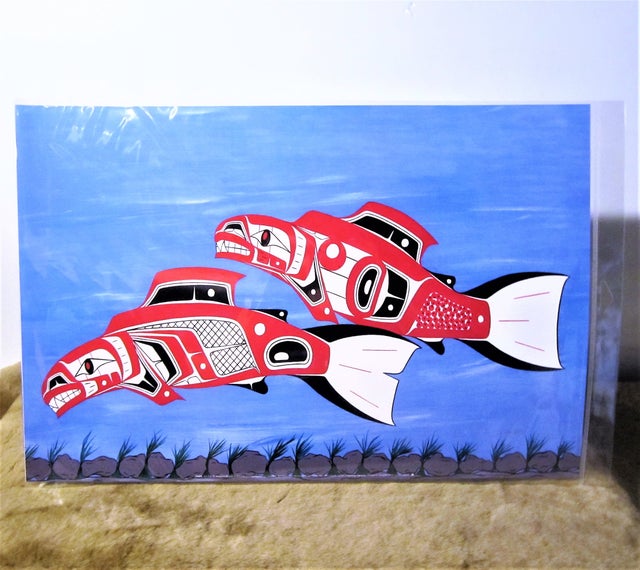 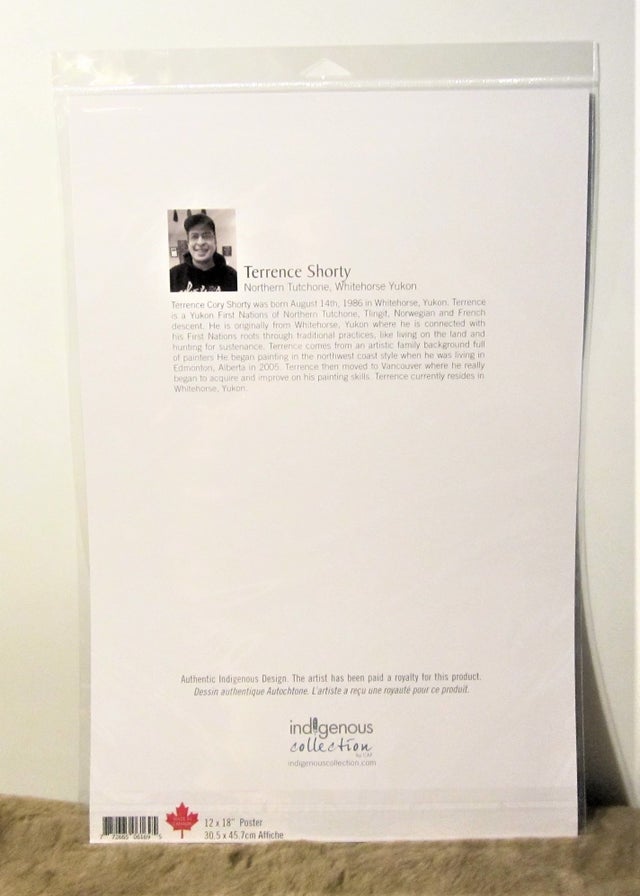 Beautiful ''Da Run'' large poster with Terrence's depiction in the style of the Northern Tutchone nation.