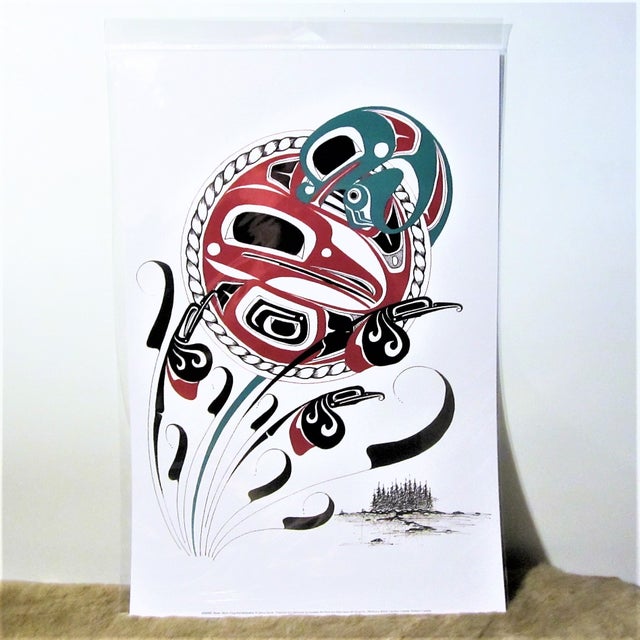 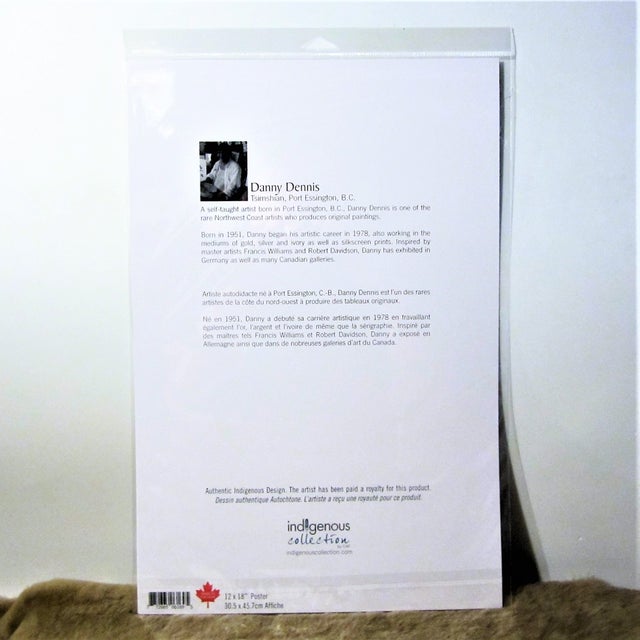 Danny is a self-taught artist and his crest is Frog. Danny was born in 1951 and hails from Port Essington, BC. While his grandfather, Bert Dennis, was of Haida origin from Alaska, his grandmother, Elsie Dennis, was Gitksan and Danny has spent a great deal of his life in Hazelton, BC. His primary art forms are limited edition prints and original paintings, yet he also creates jewellery. Danny began working as an artist in 1978 and a year later was exhibited at Skhana Art Crafts in West Germany.