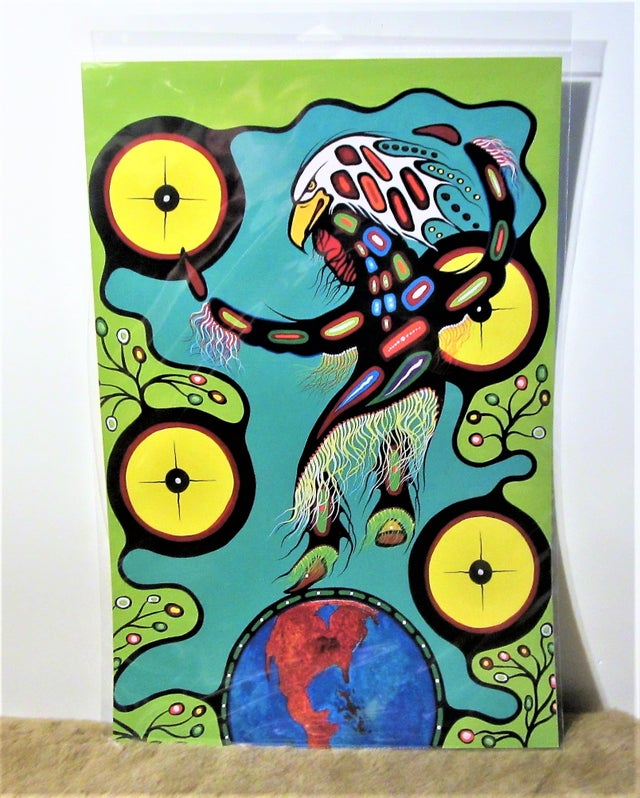 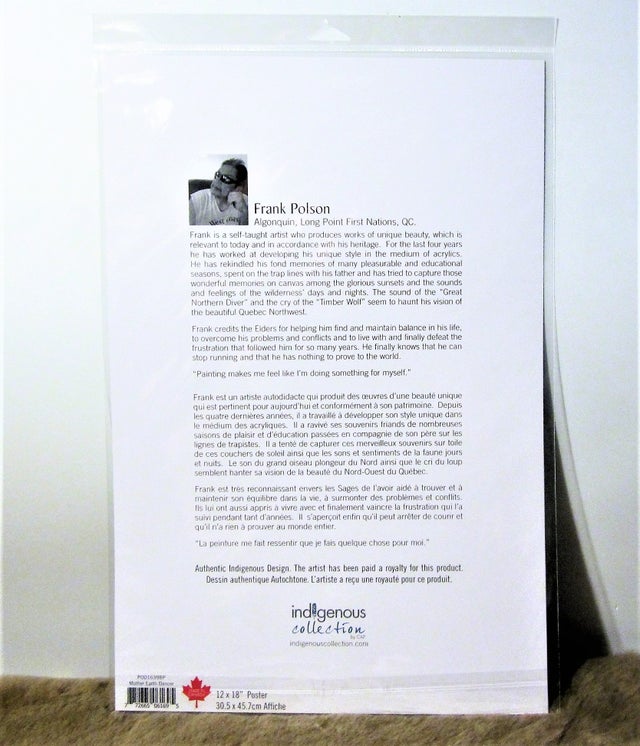 Beautiful ''Mother Earth Dancer'' large poster with Frank's depiction in the style of the Algonquin nation.

From an early age art soon became my refuge, taking comfort in drawing the beaver and moose I saw along the shore when my father Walter took me out on his trap line. It’s only after a succession of art school drop outs, two separations and serving 60 months in a federal penitentiary that art began to put me on the road to independence.

I met an inmate who was an artist and told me “All you need to do is believe in yourself”. Inspired by a library book on Norval Morrisseau, I began to create pictures, at first using house paint from the jail woodwork shop, and discarded jean jackets and torn bed sheets for canvas. Prison visitors started buying my work, and during a day-pass, I arranged for my first exhibition at the Thomas B. Maracle Gallery on Tyendinaga Mohawk Territory, where four works were sold. An estimated 2 600 paintings later, I survived a substance abuse relapse, another jail term, and a heart attack. But today I am sober and maintaining contact with my children and grandchildren.

Painting makes me feel like I am doing something for myself. It is exciting to be part of the evolution of contemporary Algonquin Art, which is now collected and exhibited around the world. As an Algonquin First Nation painter and sculptor, I’ve adopted my artistic heritage in a way that my elders would have never imagined, expressing my aesthetic, political, and social views in a range of styles and media. Even if I paint in the fundamentally traditional “Woodland” style, my colorful and dynamic art works are fresh and modern. My realistic depictions of daily activities, North-Western Quebec wildlife, and traditional spirituality, including legends and shamanistic transformations, are very powerful. The Great Northern Diver and the Timber Wolf remain among my favorite wildlife symbols.