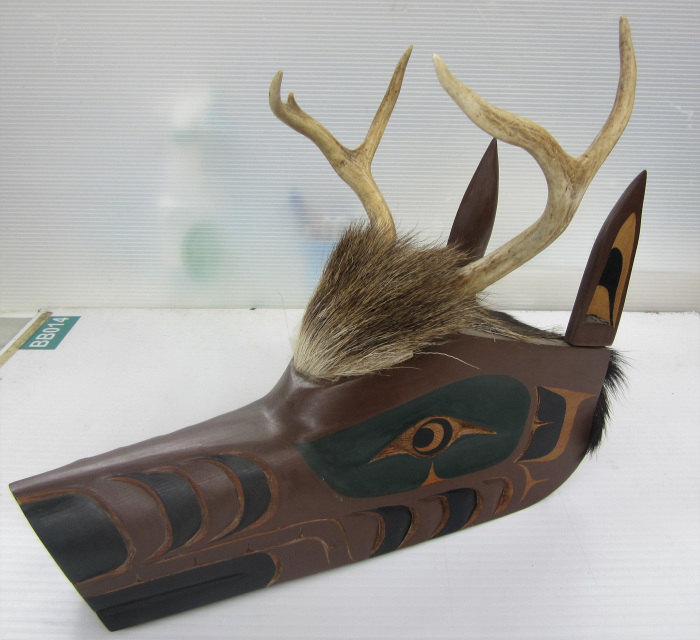 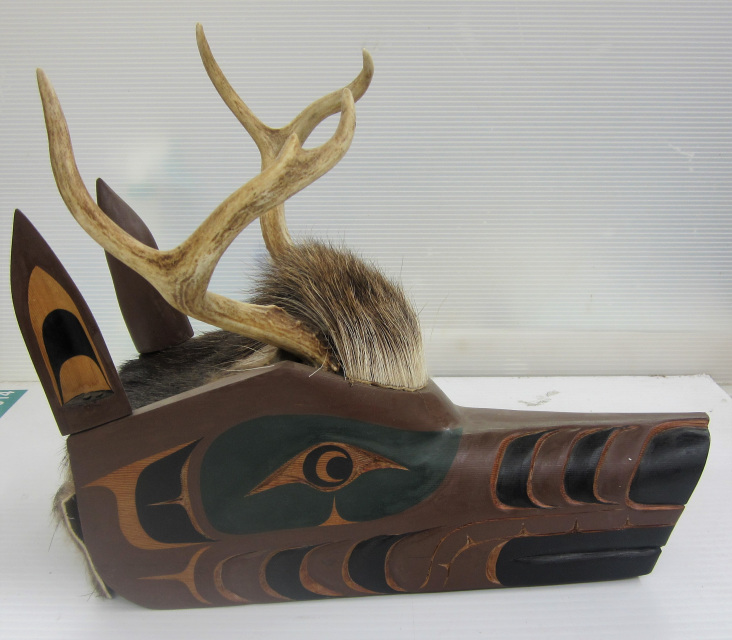 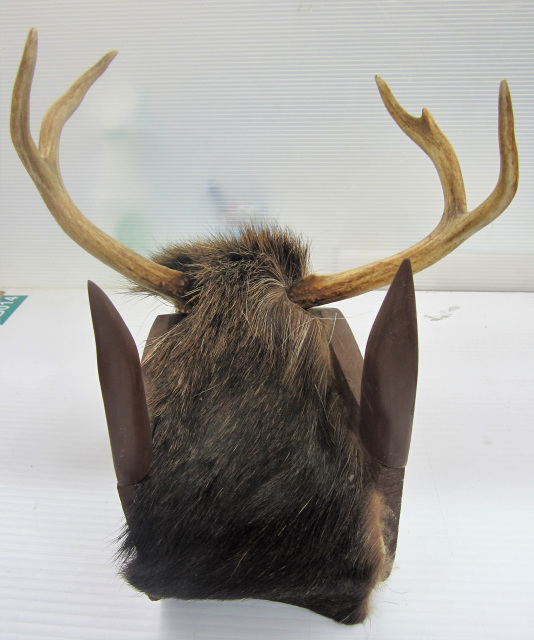 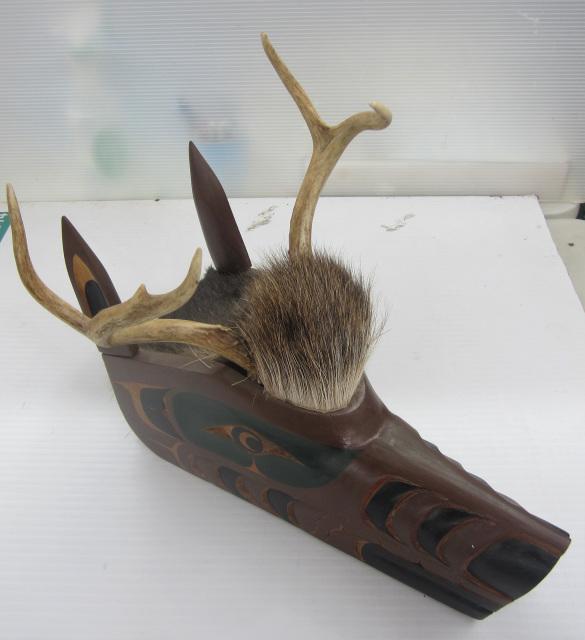 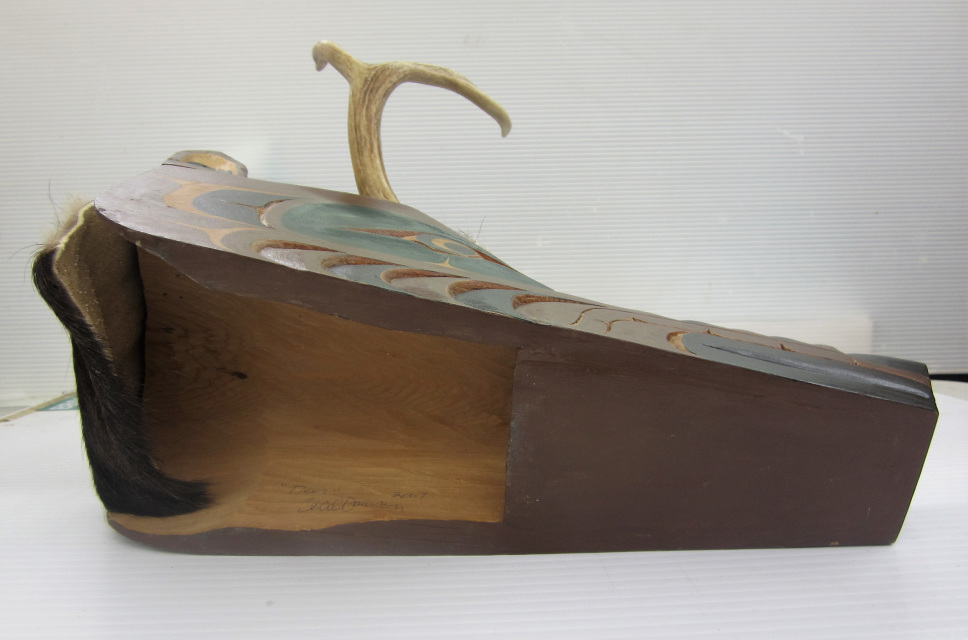 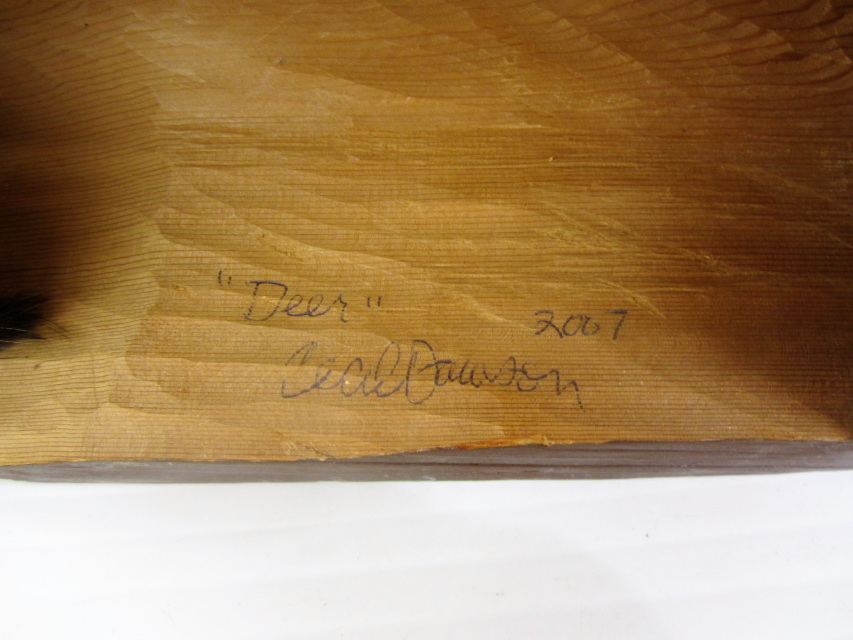 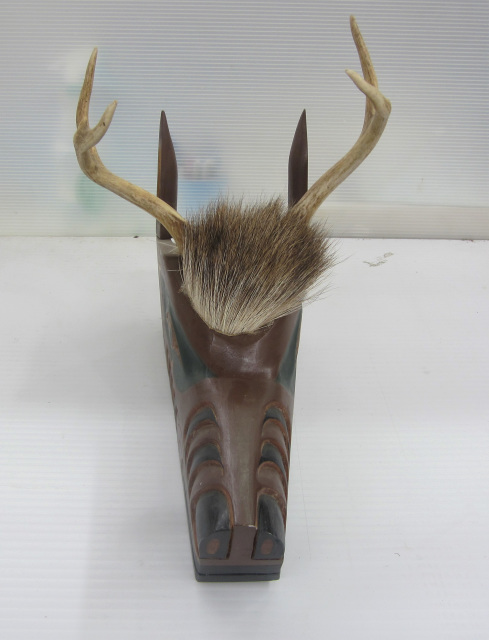 NOS Beautiful, original and signed 18 inches long by 7 inch wide and 14 inch deep including horns with his depiction of ''Deer'' in the style of the Kwakuitl nation .

This beautiful 2017 cedar ceremonial mask is adorned with deer fur on top of the head and deer horns and is signed by Hereditary Chief and artist Cecil Dawson.

Origin of the Deer. 2

He saw Deer sharpening shells. "What is that?" said Q!â'nêqi?laxu. "Yî! you are the only one who does not know that Q!â'nêqi?laxu, who is going to set things right, is coming."--"Give it to me, and let me see it, friend!"

Then (Deer) gave them to Q!â'nêqi?laxu. He took the shells. "That is nice. Turn your face this way!" Then he put them on his head. He rubbed the ground dust on him. "Turn your back this way!" Then (Deer) turned his back to him. Then he rubbed the ground dust on his back. "Go, jump away! You shall be the deer of later man." Then he jumped and became a deer.