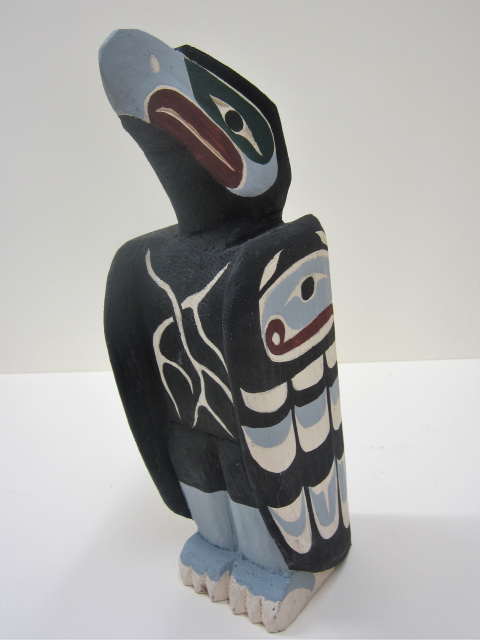 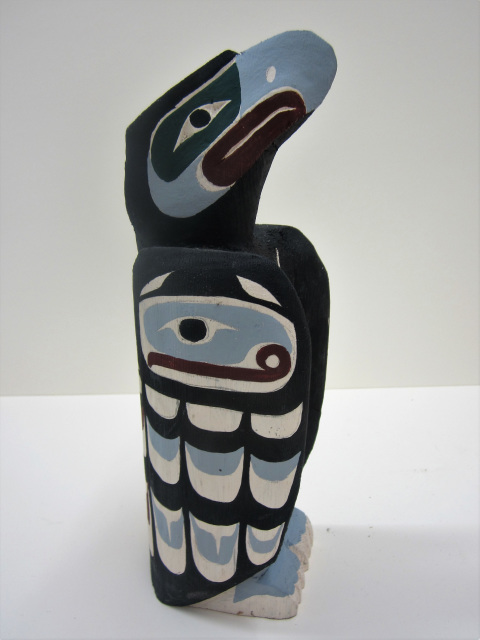 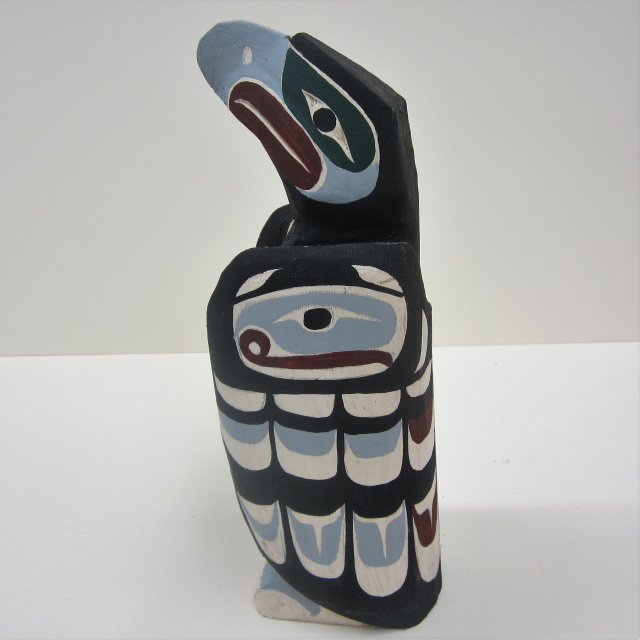 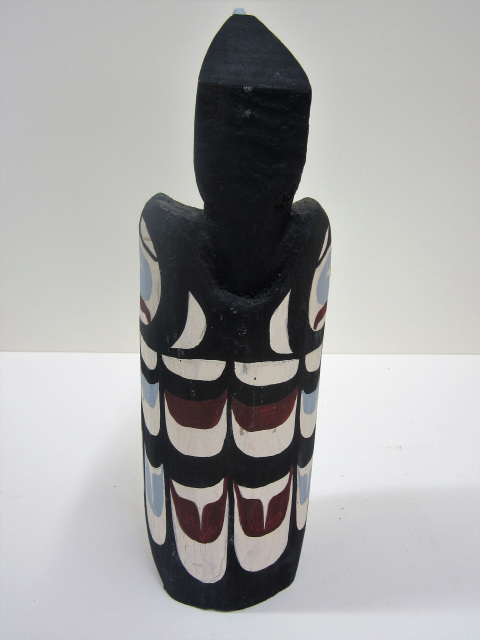 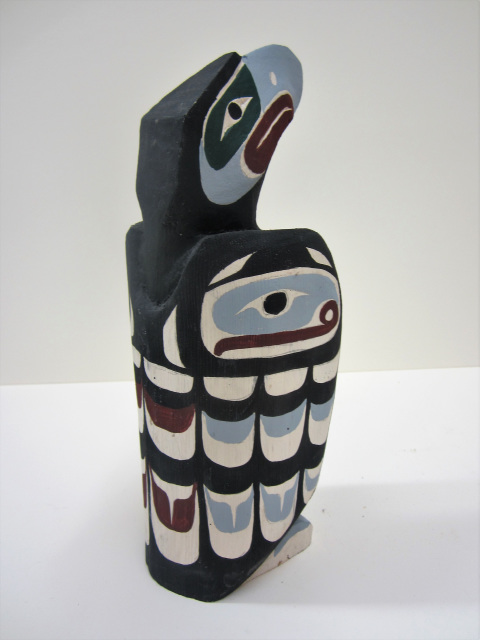 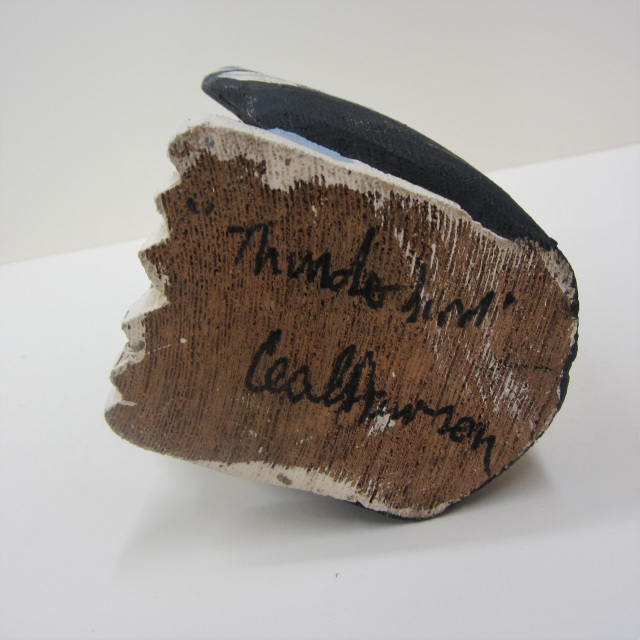 NOS Beautiful, original and signed 12 inches high by 4 inch wide and 4 inch deep with his depiction of ''Thunderbird'' in the style of the Kwakuitl nation .

The Thunderbird symbolizes supernatural power and is believed to be the dominating force behind all of natures doings. It's a mythical creature and only the most prestigious and powerful Chiefs are allowed to have the Thunderbird as a crest especially among the Kwagiulth, Nuu-Chah-Nulth and Coast Salish people.