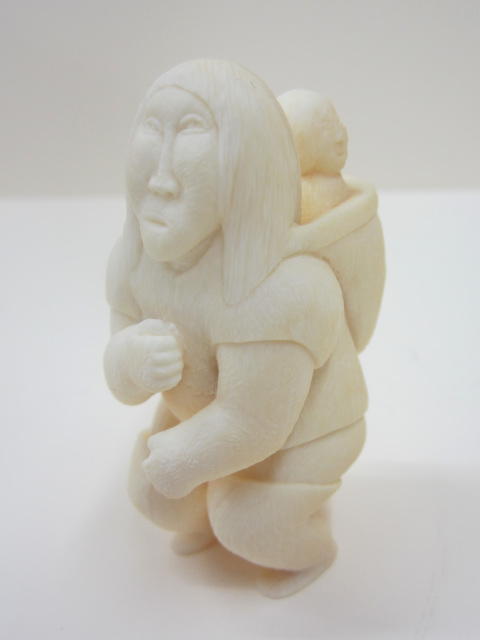 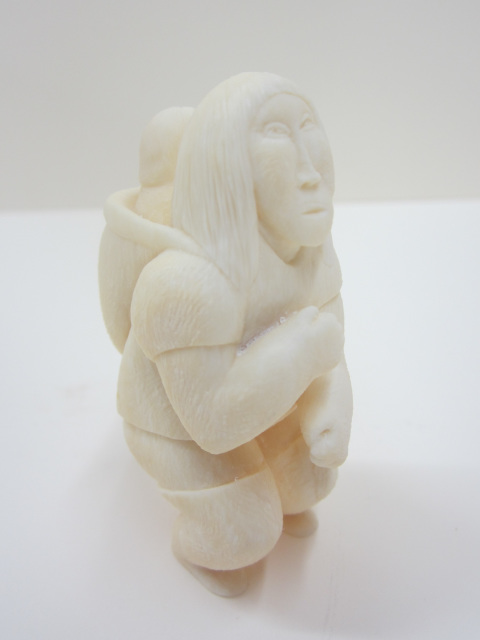 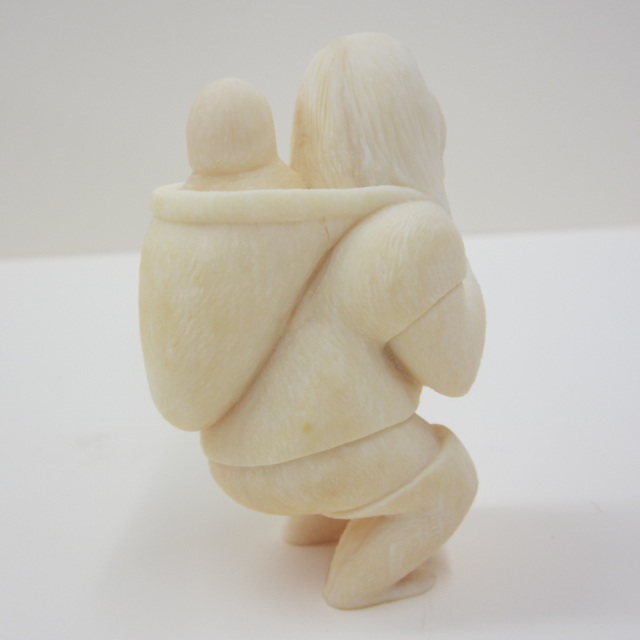 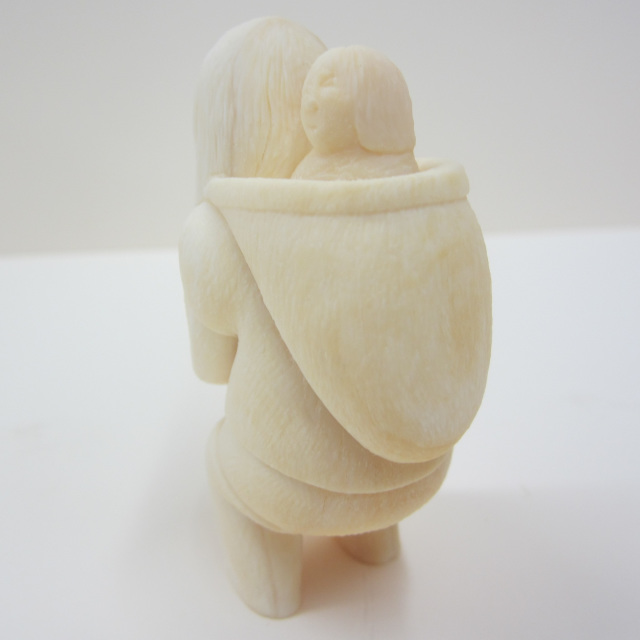 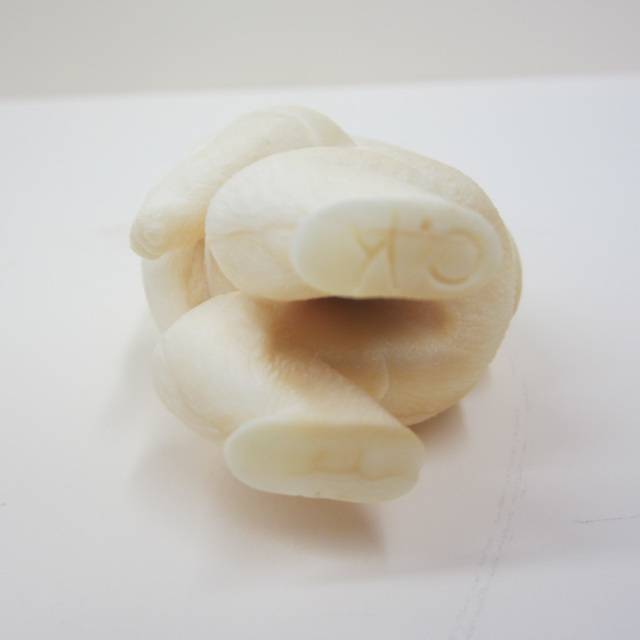 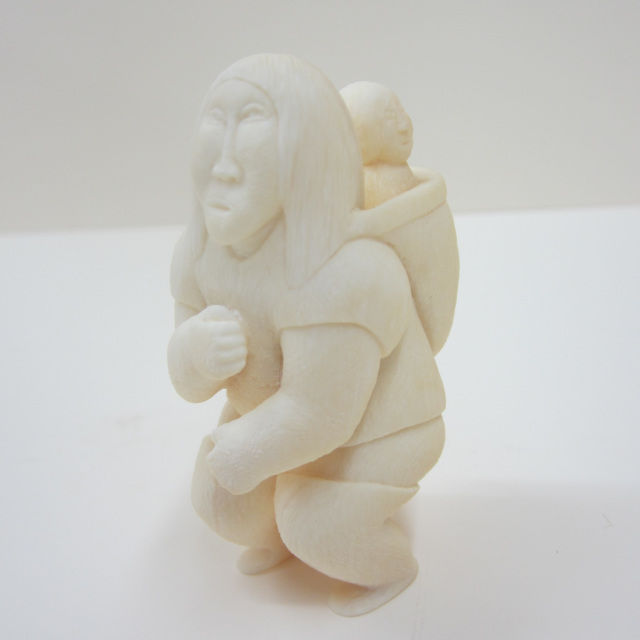 NOS Beautiful, original 3' inches High by 1 1/4' inch wide Walrus Tusk carving in the depiction of ' Inuit mother & baby'' in the style of the Inuit peoples of N.W.T Northern Canada .

This beautiful carving was brought from Yellowknife NWT Canada in the early 1950's and the carving dates to sometime in the 1940's and is initialed C.K. on the bottom of 1 boot.