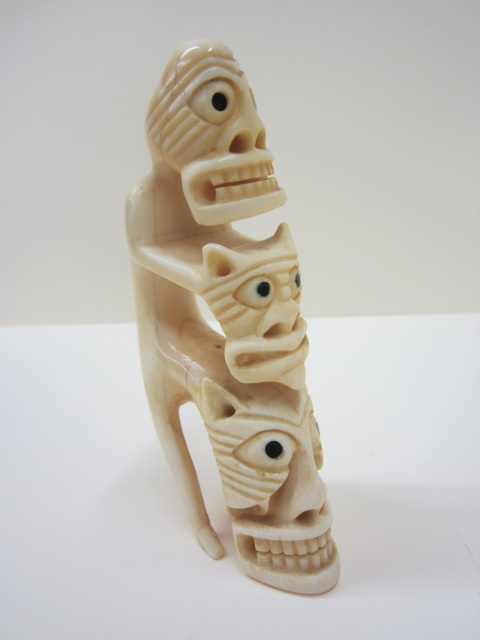 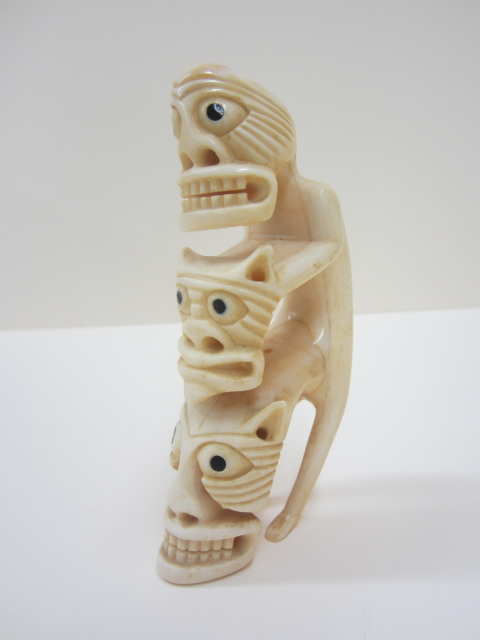 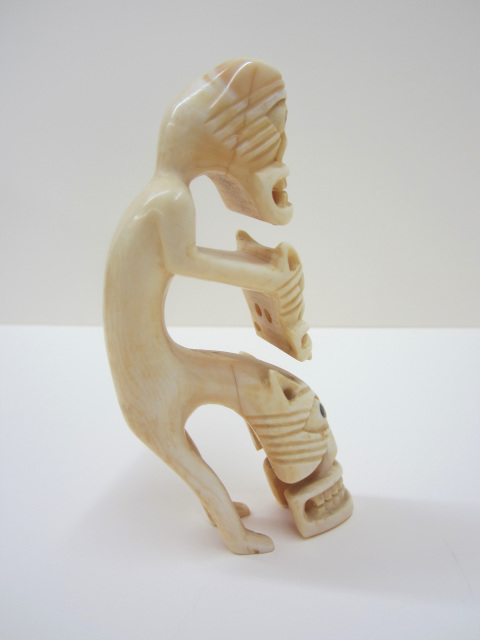 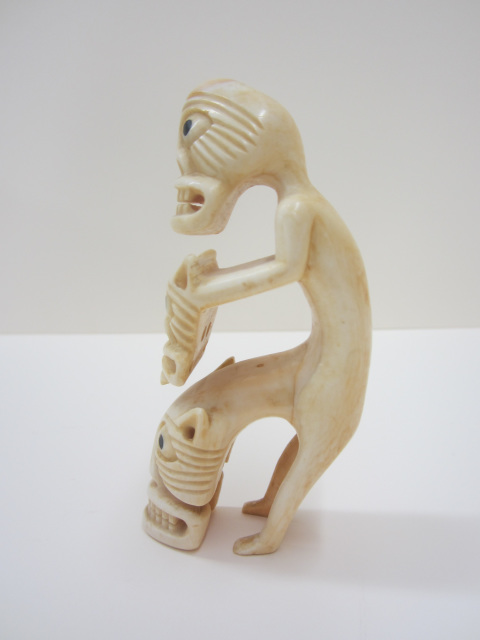 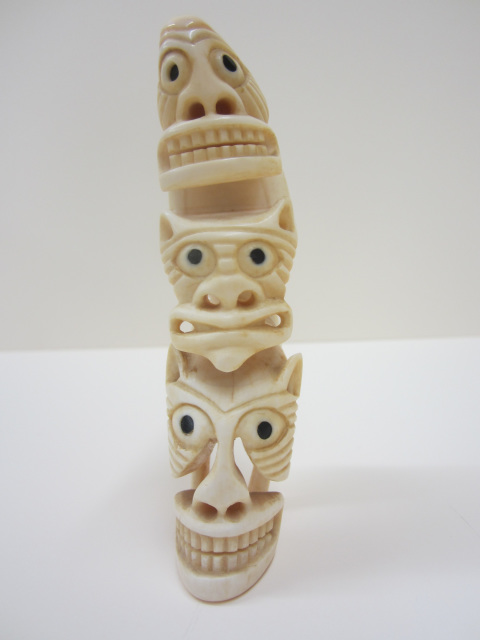 NOS Beautiful, original 5' inches High by 2' inch wide Walrus Tusk carving in the depiction of 3 headed ' Shape Shifter Demon'' in the style of the Inuit peoples of N.W.T Northern Canada .

This beautiful carving was brought from Yellowknife NWT Canada in the early 1950's and the carving dates to sometime in the 1940's or earlier.

Supernatural beings accompany many Inuit myths, including: Mahaha, a demon that terrorizes the Arctic and tickles its victims to death; Ijiraat, shapeshifters that may change into any arctic animal but may not disguise their red eyes; Taqriaqsuit, shadow people who are rarely seen but often heard; Qallupilluk (or Qalupalik, see below), scaly, human-like creatures that snatch children into the sea; Inupasugjuk, giants who capture humans; and Tuniit, who are seen as simple-minded but extremely strong ancestors of the Inuit.