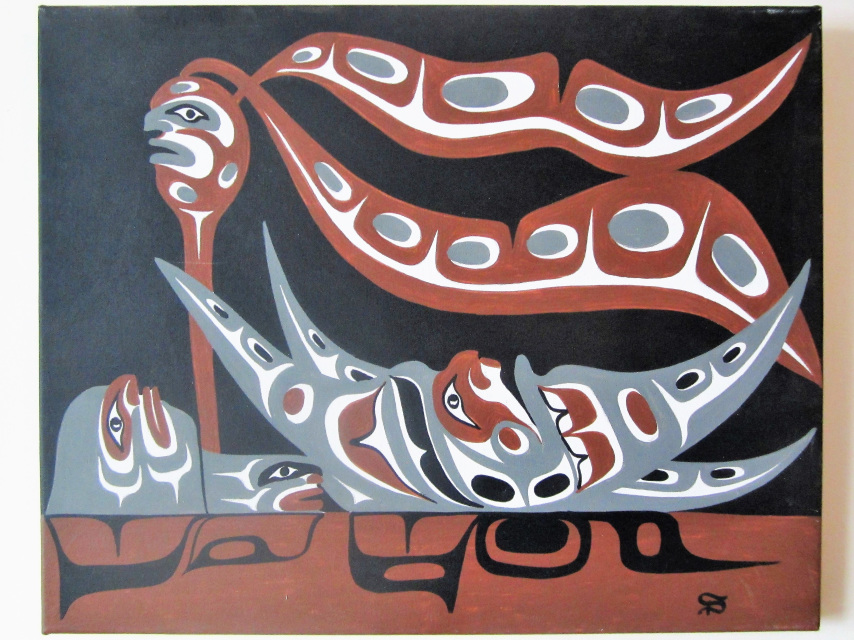 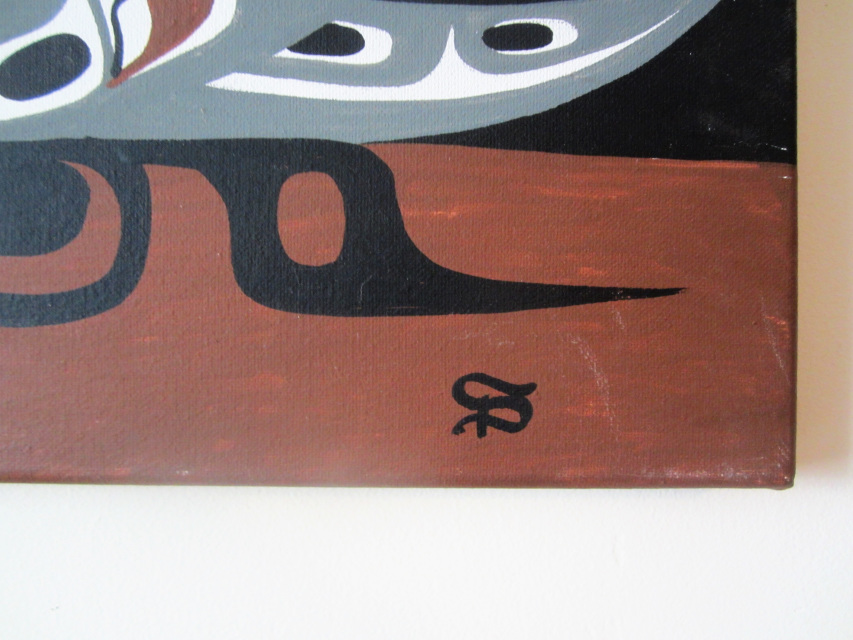 NOS, Beautiful, original 1 of a kind hand painted and signed 20 inch long by 16 inch high with his depiction of ''Star Fish & Kelp'' in the style of the Kwakuitl nation .

According to Kwakiutl legend, starfish once were women who defied the somewhat antisocial trickster deity Mink, who punished them by transforming them into starfish. Other legends identify starfish as the wealth of the Northwest Coast sea god named Kumugwe (or Komokwa,) and traditional carvings of Kumugwe are often adorned with starfish.