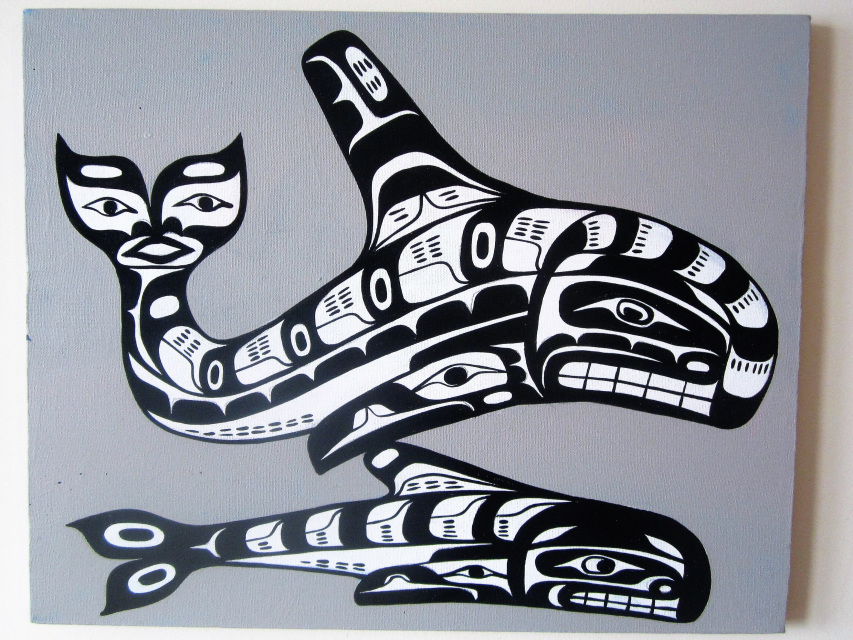 NOS, Beautiful, original 1 of a kind hand painted and signed 20 inch long by 16 inch high with his depiction of ''Orca & Calf'' in the style of the Kwakuitl nation .

The killer whale is a symbol for romance and harmony as Whales mate for life. The Whale is very family oriented and known to travel in large groups, never to be alone. They symbolize great luck and happiness, community and protection. They are a known to always be working together, take care of each other and to always help and protect each other.