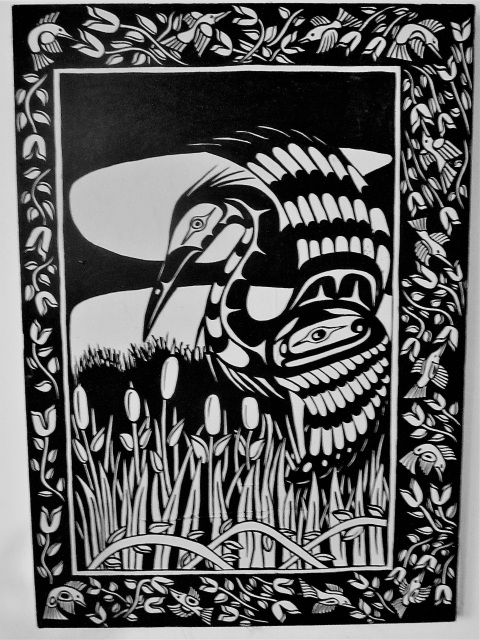 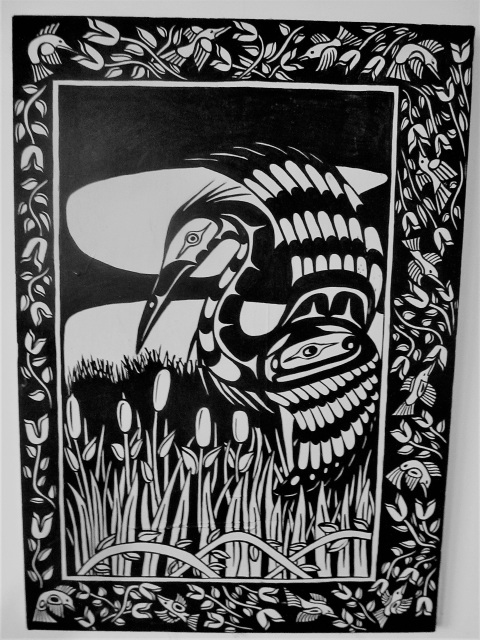 NOS Beautiful, original hand painted and signed 34 inches long by 24 inch wide with his depiction of ''Heron'' ( with Hummingbirds ) in the style of the Kwakuitl nation painted on canvas with inside fixed wooden frame and will be shipped as is.

Cecil also believes in not wasting anything and using and refurbishing any material he can to create his beautiful art. This acrylic painting was painted over another painting.

Herons are symbols of good luck and patience in many Native American tribes. Especially on the Northwest Coast, if Native American fishermen see a heron, it is a good sign for a successful fishing trip. In folklore, however, Heron is often portrayed as a restless loner, probably because herons in nature are solitary creatures except during breeding times. Like cranes, Indian herons are also sometimes associated with vanity and a weakness for flattery.