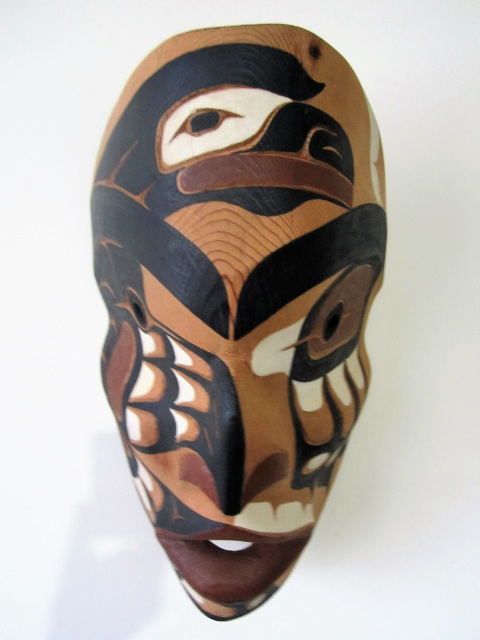 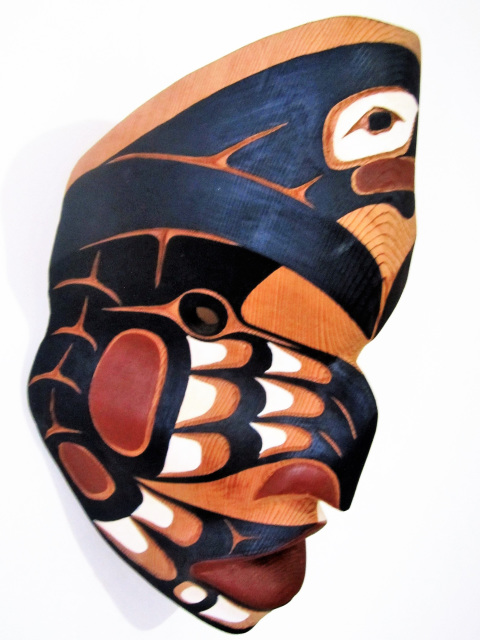 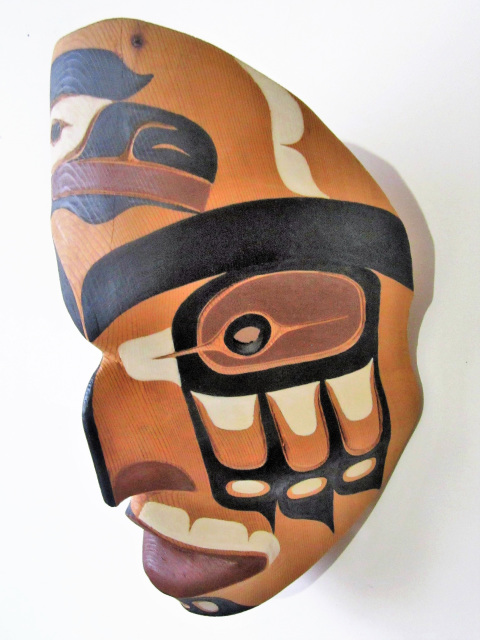 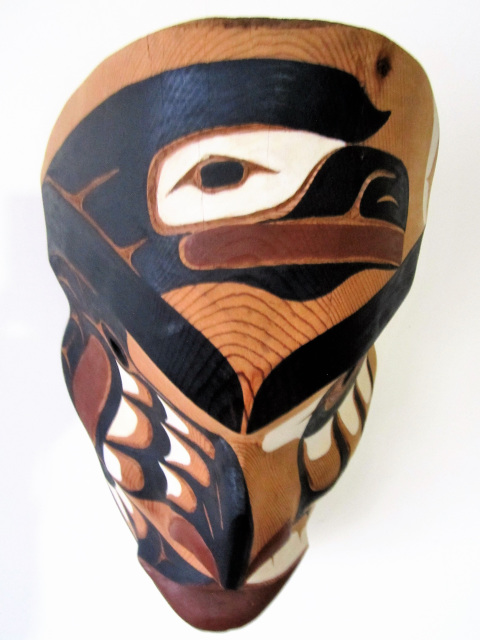 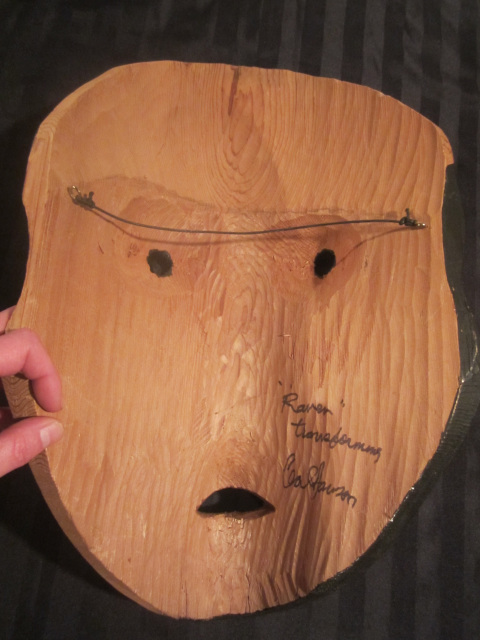 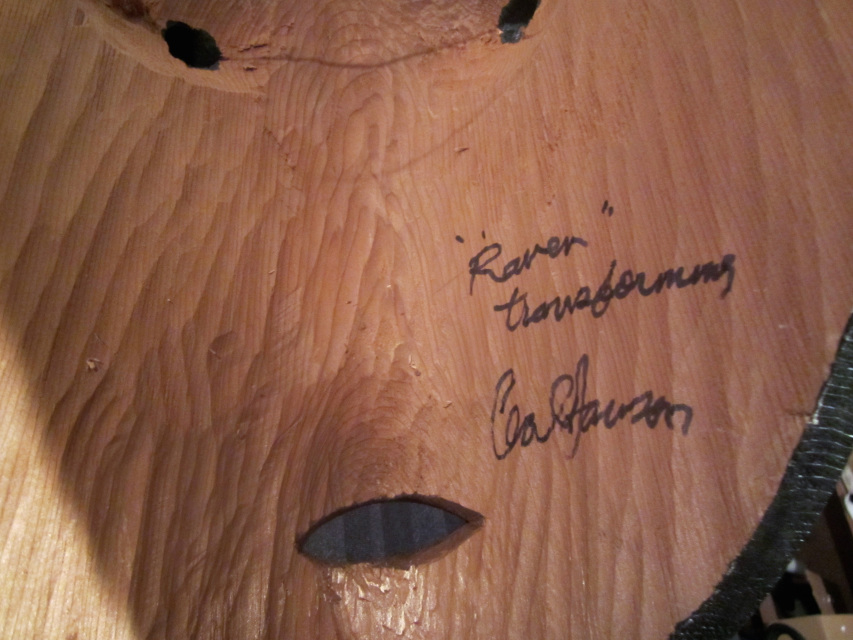 NOS 1 of a kind, Beautiful, original and signed 21 inches high by 13 inch wide and 10 inch deep with his depiction of ''Raven Transforming'' in the style of the Kwakuitl nation .

This beautiful very large red cedar wood ceremonial mask is signed by Hereditary Chief and artist Cecil Dawson. Cecil only ever makes one of a kind pieces and never makes the same one twice.

The Raven is known to be the transformer, trickster and creator. In the Kwakwaka'wakw culture the Raven is known as the messenger of the sky and famous for being a somewhat mischievous glutton. He's always out to please himself and to have a good time. He's very adventurous.