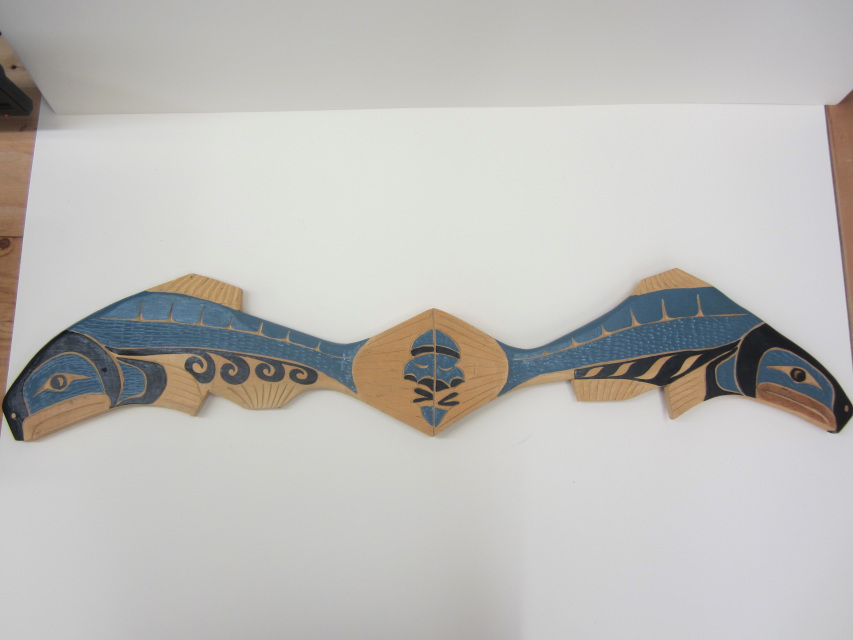 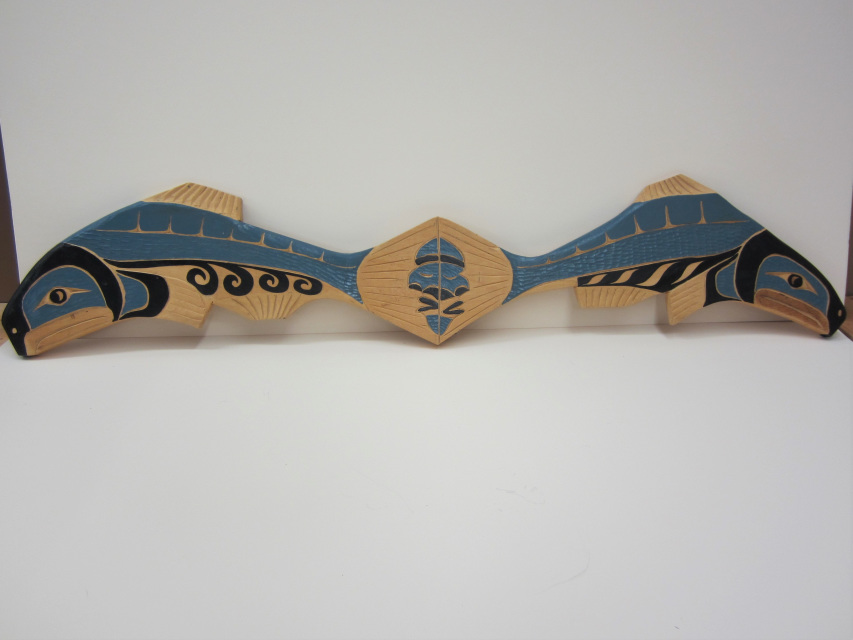 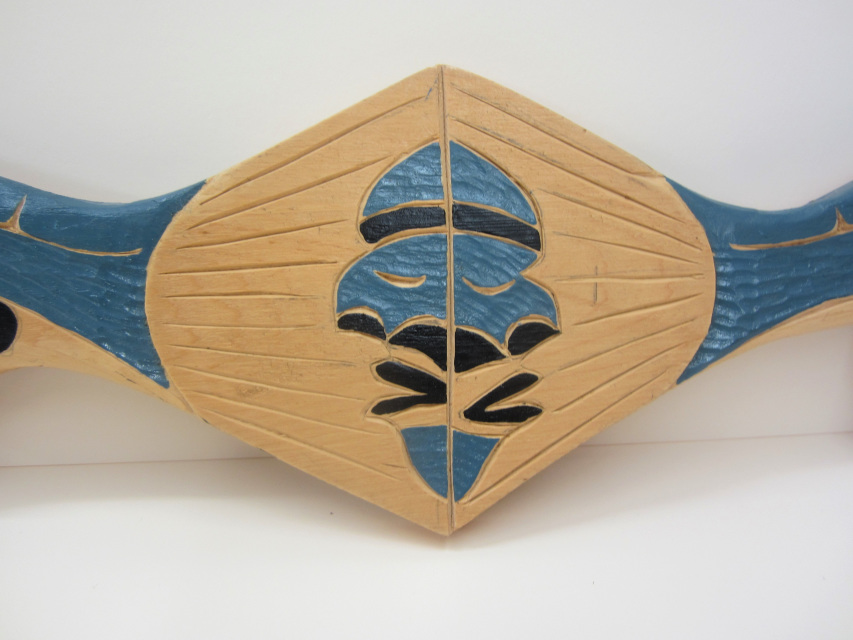 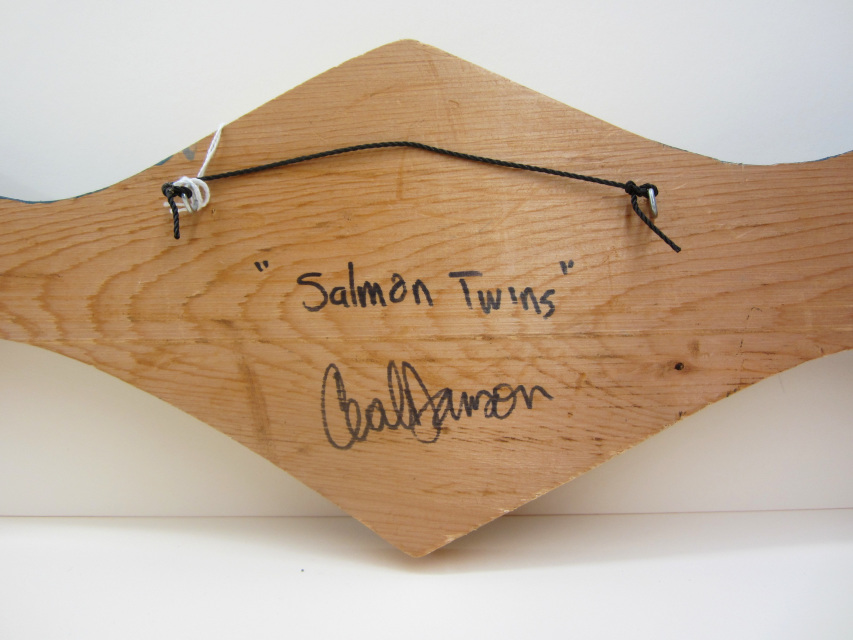 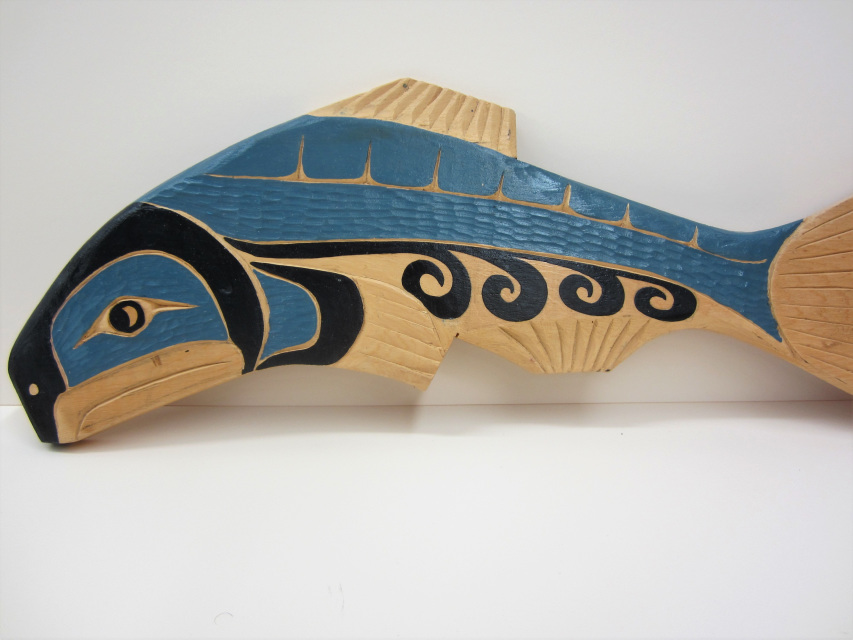 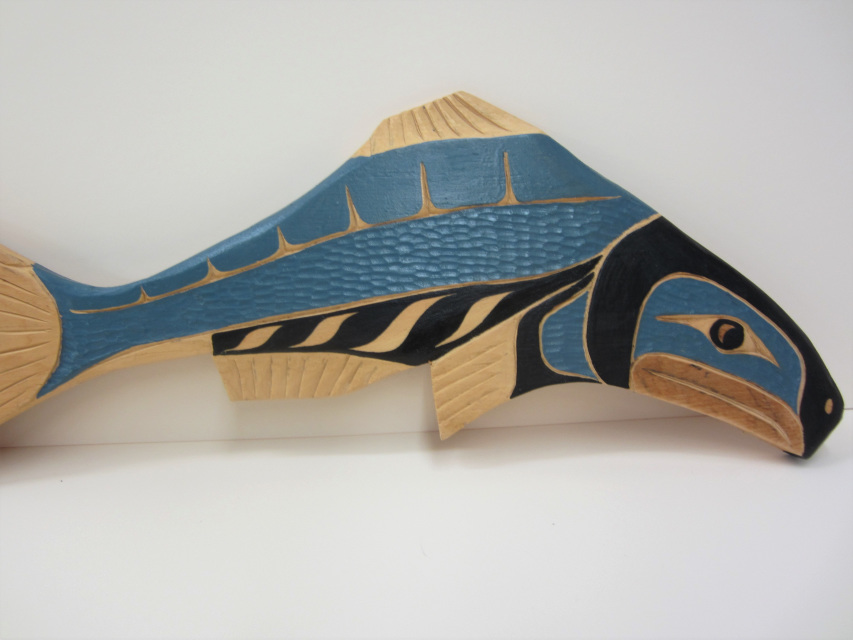 NOS Beautiful, original and signed 40 inches long by 7 1/2 inch wide by 3/4 inch deep large cedar wood carved plaque with his depiction of ''Salmon Twins'' in the style of the Kwakuitl nation .

The Salmon symbolizes prosperity, renewal and fertility. They are one of the most important and highest respected animals of all since they have been the primary food source from the beginning of time to the Northwest Coast First Nations.The Pacific Northwest Coast people believed that Salmon were actually humans with eternal life how lived in a large house far under the ocean. In the Spring, they put on their Salmon disguises and offered themselves to the villagers as food. The tribes believed that when entire fish skeletons were returned to the sea, the spirits would rise again and change into Salmon people. In this way, the cycle could begin again the following year. Since the villagers feared that the Salmon people would not be treated respectfully by White people who had no knowledge of the taboos and regulations, they did not want to sell Salmon to the first White men.