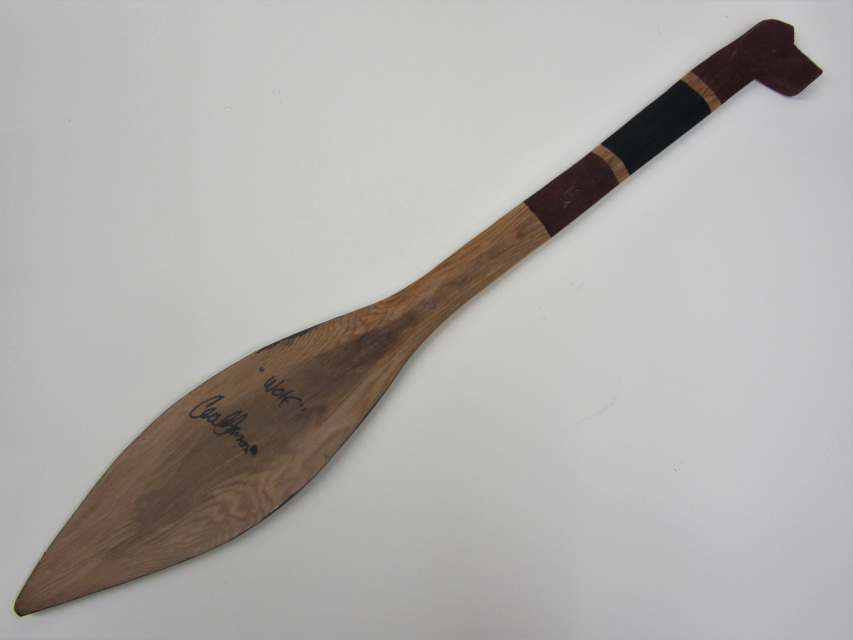 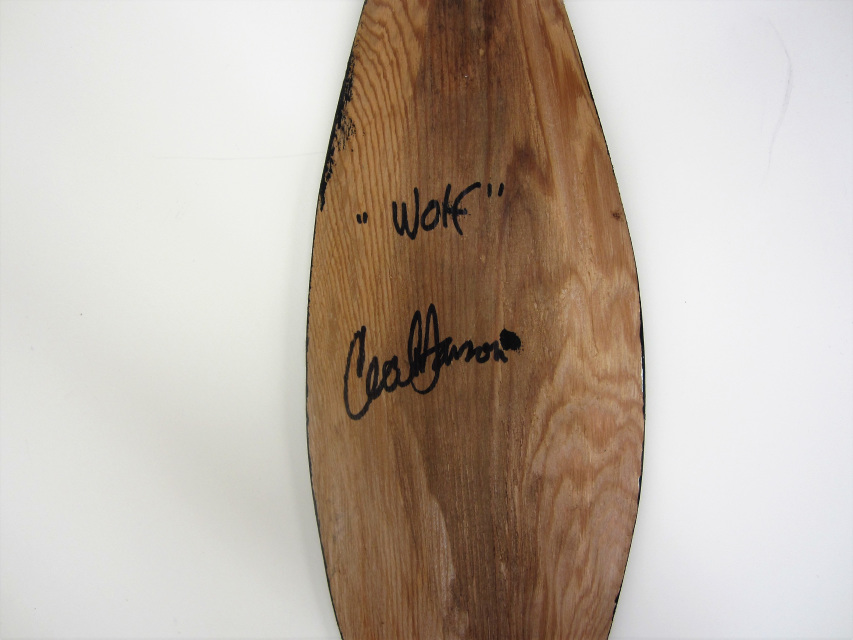 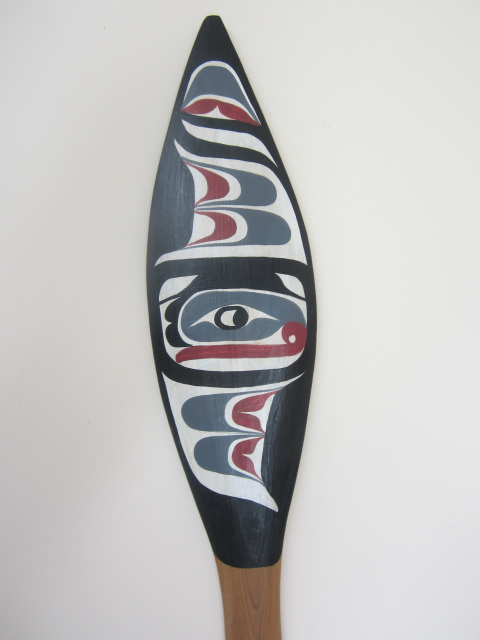 NOS Beautiful, original and signed 32 inches long by 4 3/4 inch wide by 3/4 inch deep cedar wood carved paddle with his depiction of ''Wolf'' in the style of the Kwakuitl nation .

The Wolf symbolizes education, understanding and intelligence. He is the most accomplished hunter in the animal kingdom, yet very social and communicative.

The Wolf crest is a result of an ancestor who visited the houses of the wolves where he was taught certain songs and dances. Upon returning home, he discovered that he had been away for four years, although he thought it had only been four days. He found that he was possessed by the spirits of the Wolves. In ceremonies, the Wolf dance.