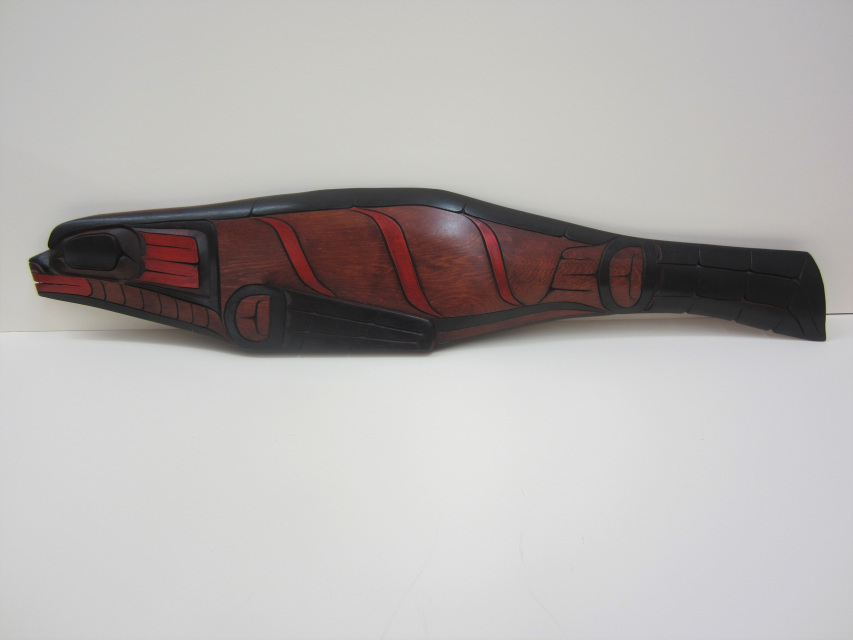 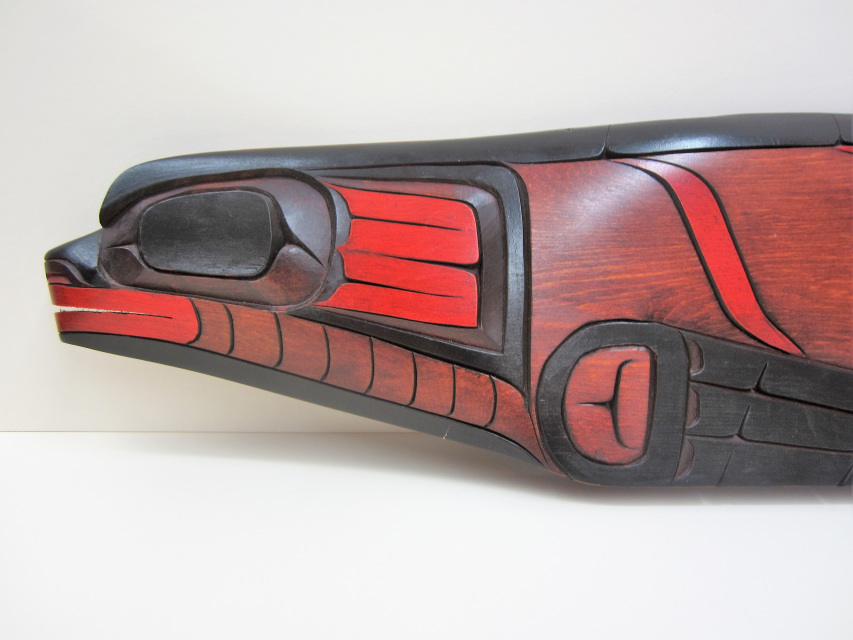 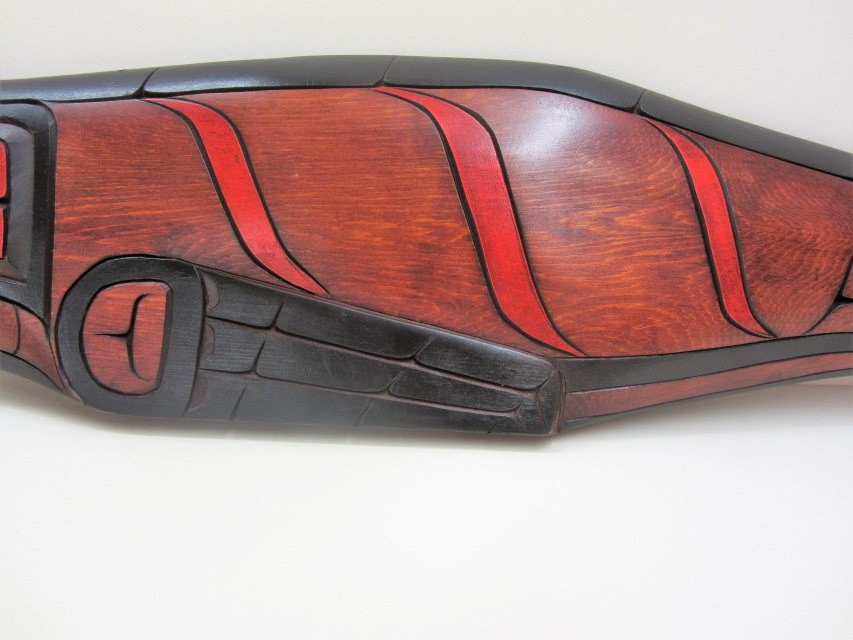 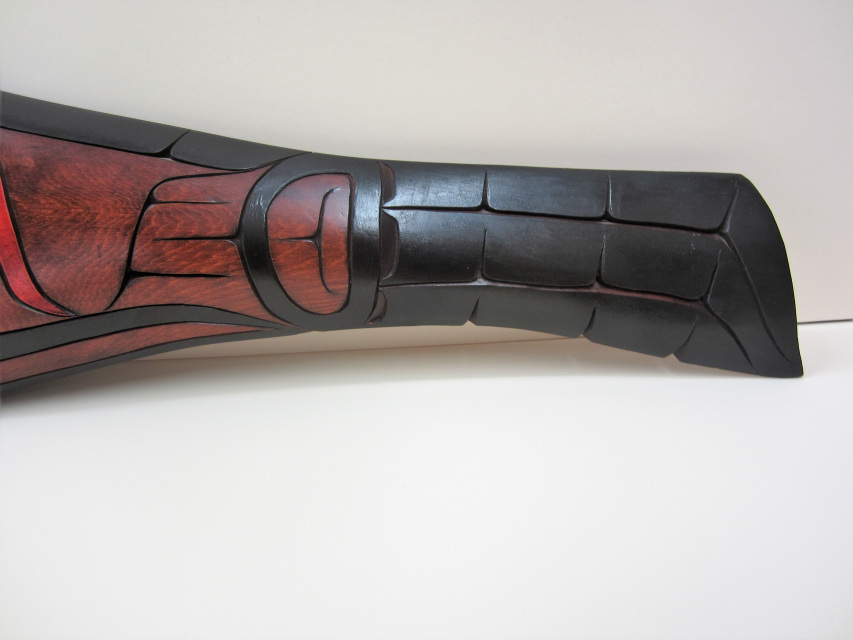 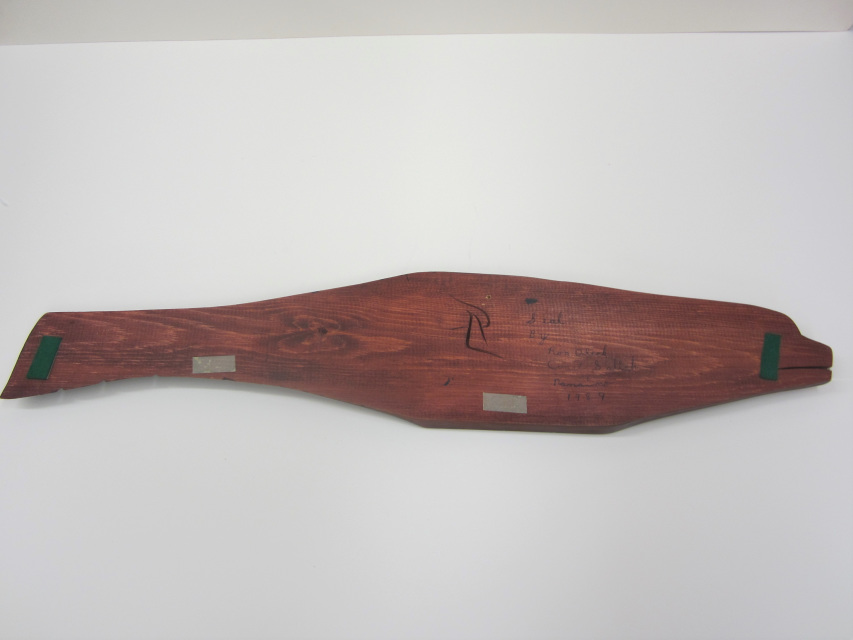 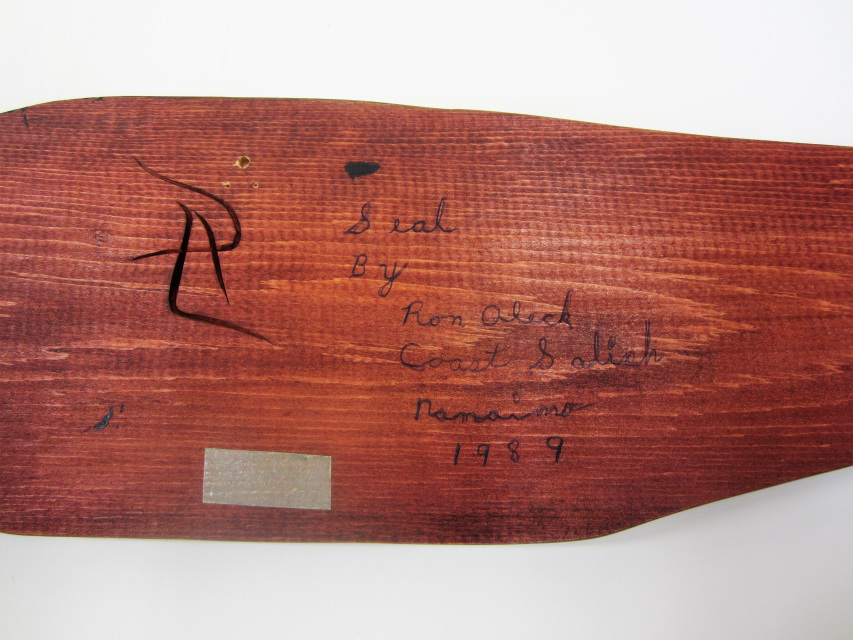 NOS Beautiful, original and signed 30' inches long by 6' inch high by 1' deep cedar wood depiction of ''Seal'' in the style of the Coast Salish first nation .

This beautiful cedar wood carving is ready to be hung on the wall and is used for the purpose of ceremonial presentation, initials engraved by Ron Aleck and made in 1989.

The Seal is a symbol for curiosity, creativity and imagination, they teach us to embrace our natural sense of explorations and playfulness. They can dive to incredible depths so are known to be fearless and agile creatures, very trusting and playful.

Ron Aleck was born on Chemainus reserve, near Duncan, in 1960. Aleck’s family crest is Eagle, which represents peace, power and friendship.

In 1977, under the guidance of his uncle William Good, Aleck began carving yellow cedar plaques, which would become a life-long love and profession.

Unlike some artists who produce plaques in bulk numbers, Aleck creates unique pieces that are carefully designed, shaped, and finished with meticulous care. He has a following of collectors who appreciate the intricate details in his work, such as individually carved fish scales and bird feathers. His designs are often whimsical and always full of personality. Some of his more popular designs include Great Blue Heron, School of Salmon, and Pod of Killer Whales.