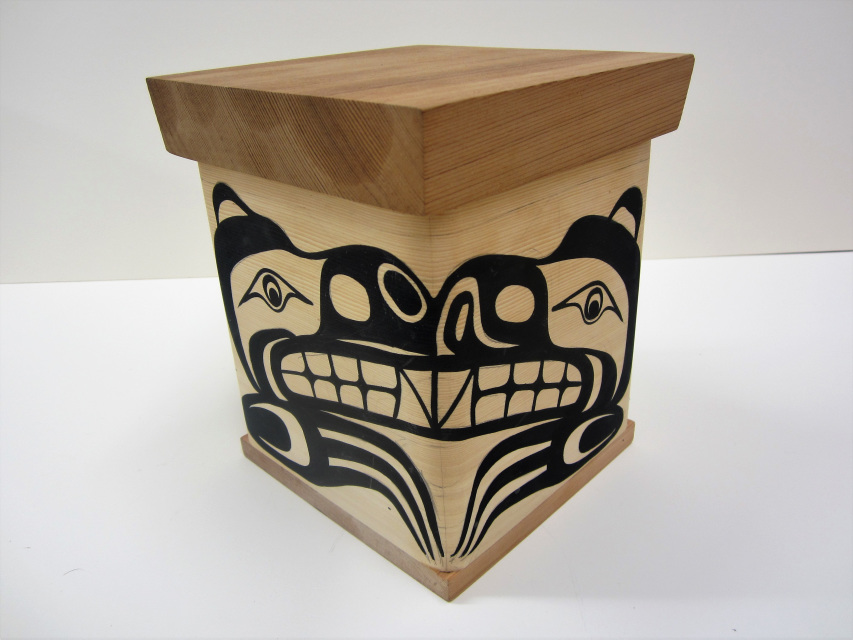 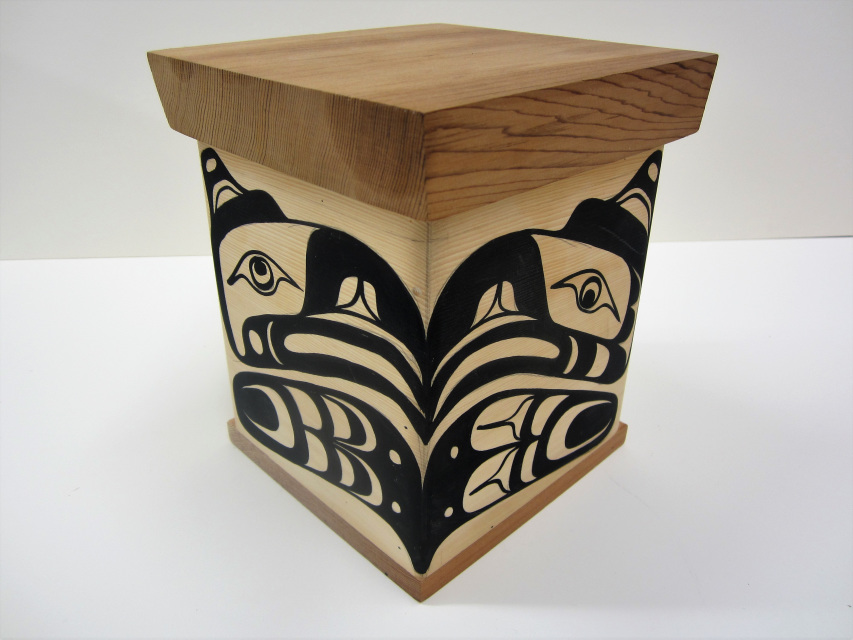 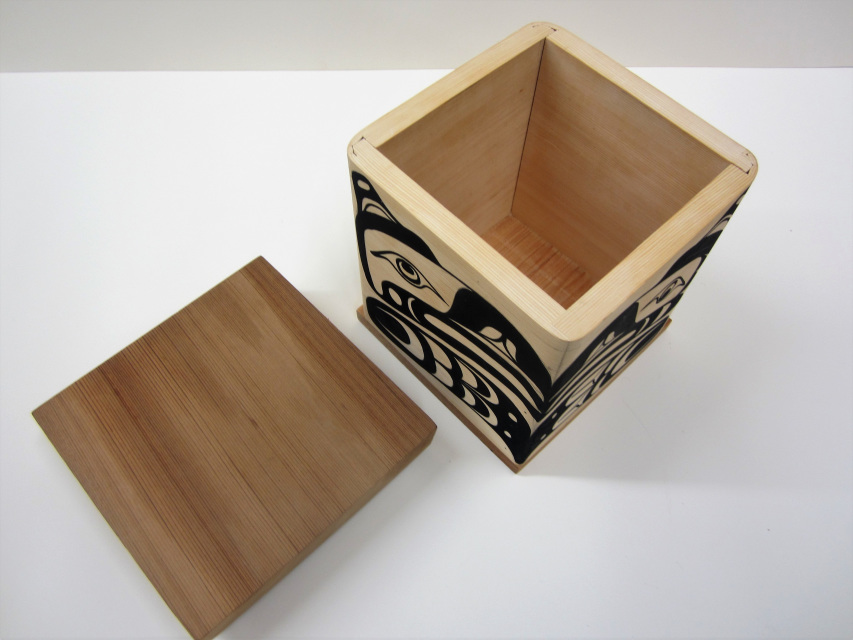 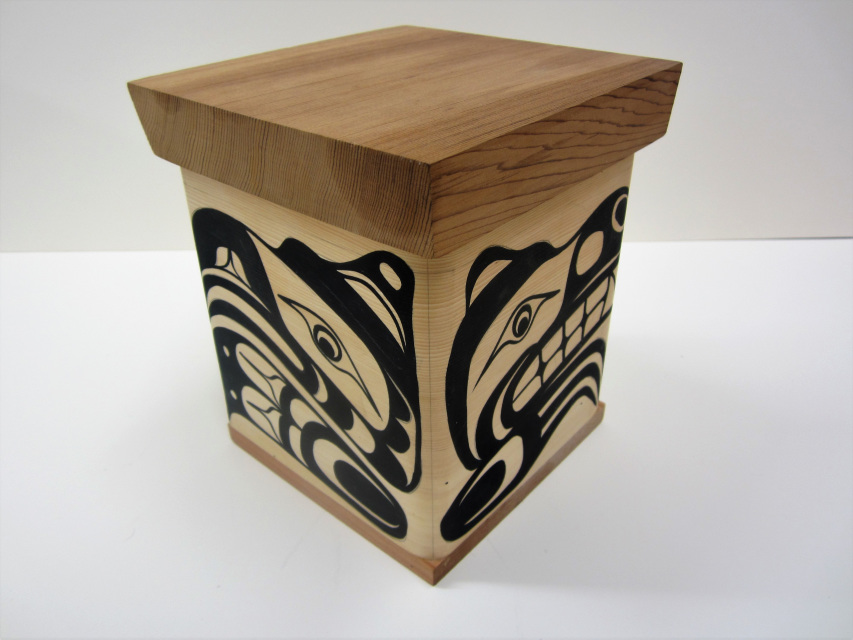 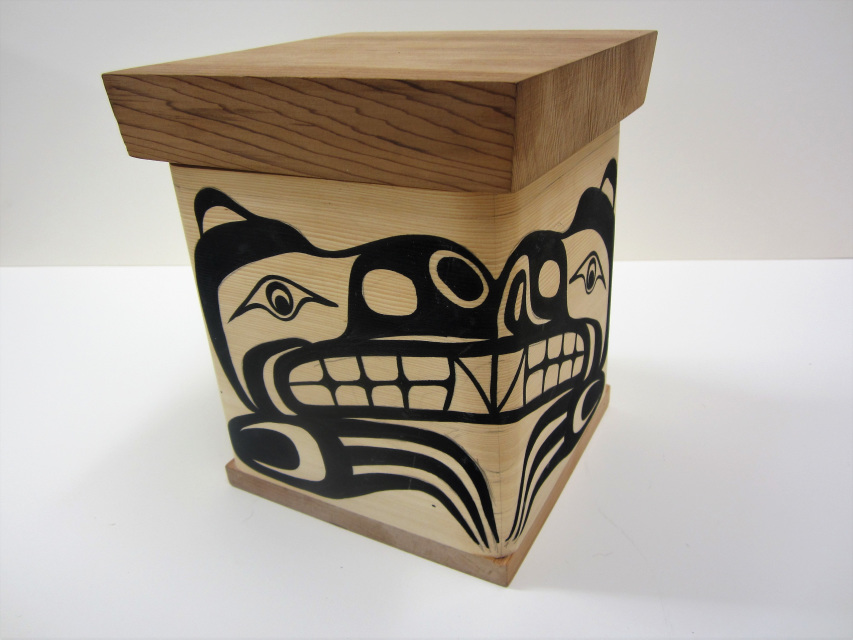 NOS Beautiful, original and signed 8 inches high by 6 1/4 inch wide and 6 inch inside space wood box with his depiction of ''Bear & Eagle'' in the style of the Kwakuitl nation .