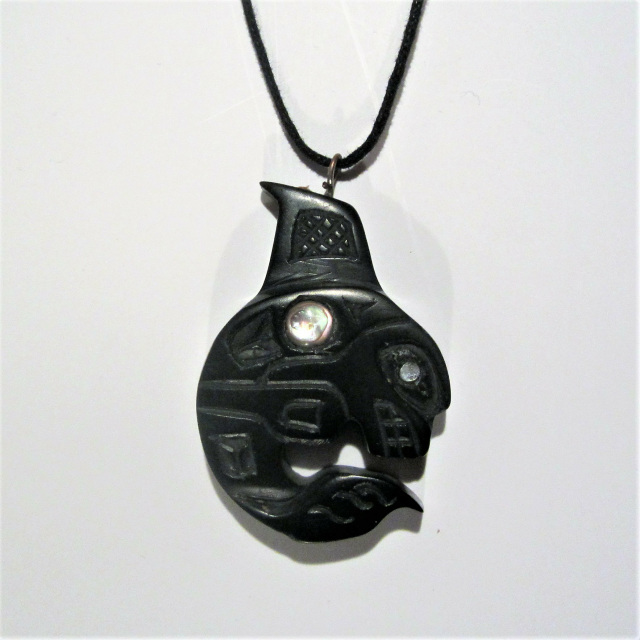 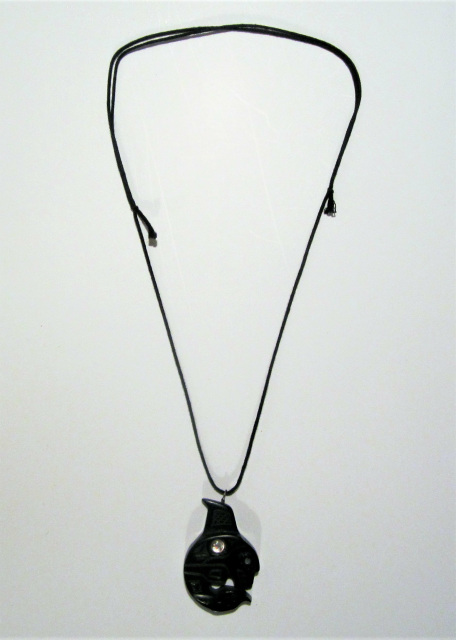 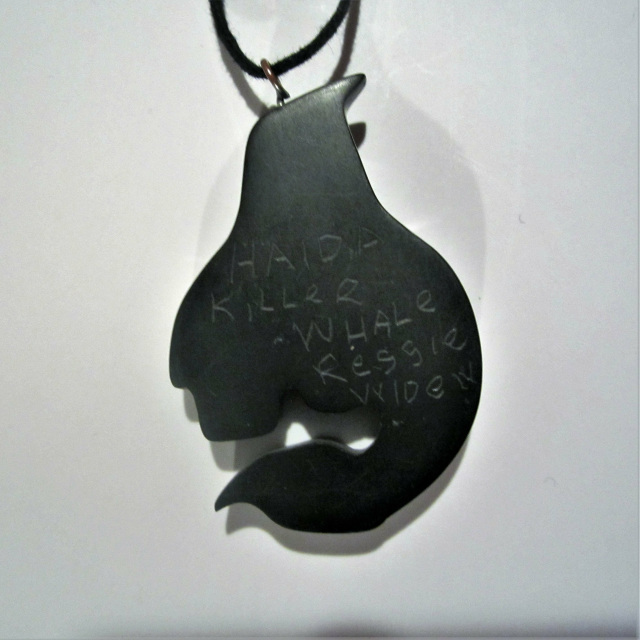 NOS Beautiful, original and signed 1 3/4' inches long by 1.25' inch wide Agrillite pendant in the depiction of ''Killer Whale'' in the style of the Haida first nation .

This beautiful carving is adorned with an abalone eye and and center piece is ready to be worn as is, engraved by Reggie Widens.

Argillite is a soft black slate that is carved by the Haida of Haida Gwaii formerly know as Queen Charlotte Islands. There is just one area called Slate Chuck where the artists go and dig out large boulders of the slate from the mountain and then they carry it out on pack boards. The first carvings in argillite where done in the early 1800’s and these carvings where made for trade with the ships that came to the islands and also for trade when the Haida traveled to other areas in their large sea going cedar canoes.

The contemporary Haida argillite totems, sculptures, pipes, plates tell stories based on the Haida mythology and crests. The artist often say that the stone tells them what it wants to be and they carve the images from this perspective therefore bringing the stone to life.