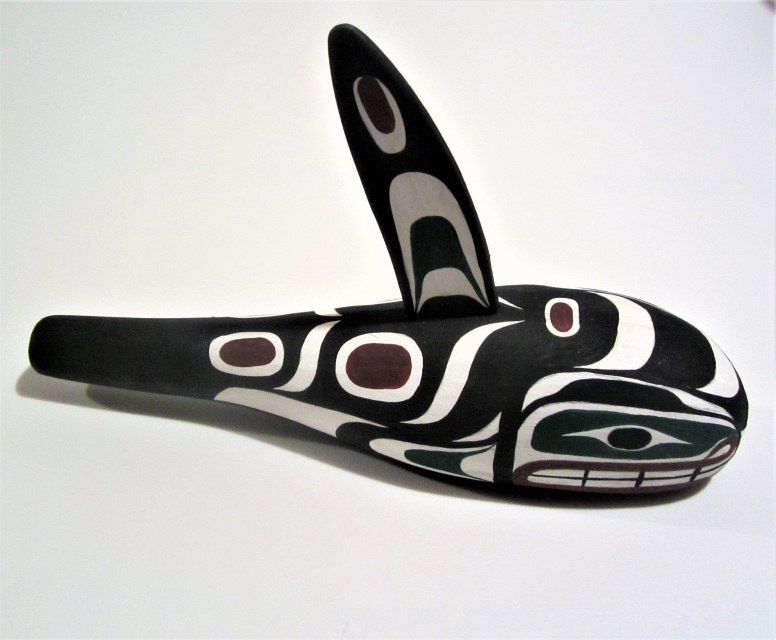 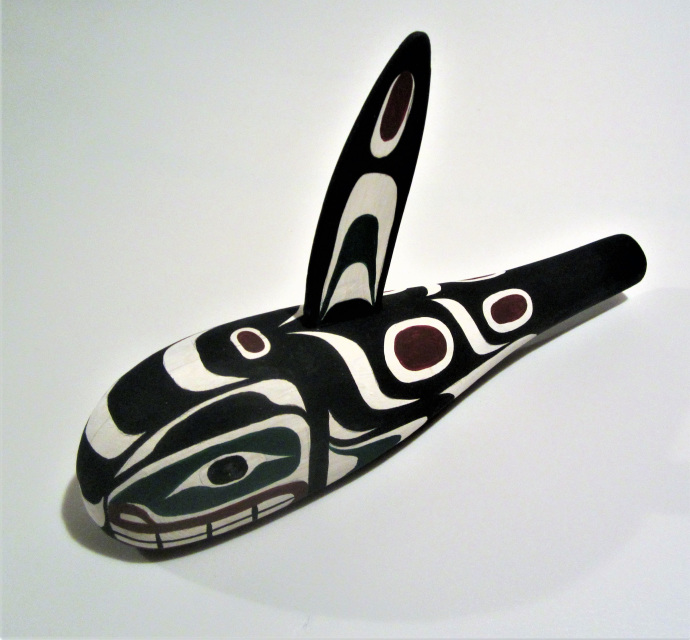 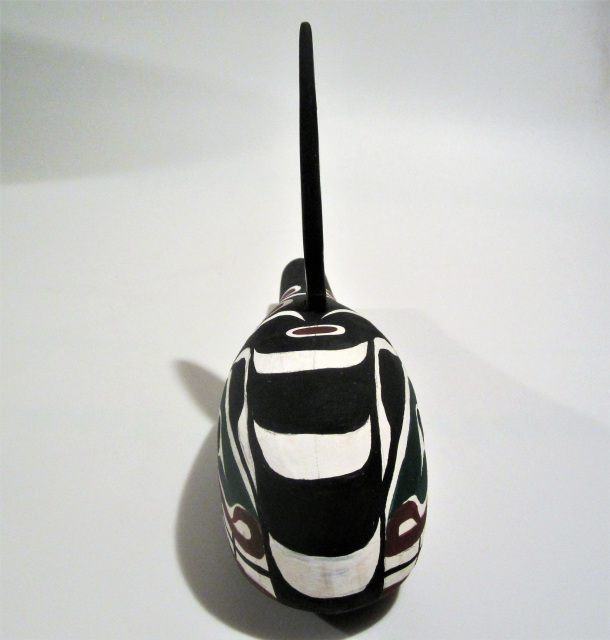 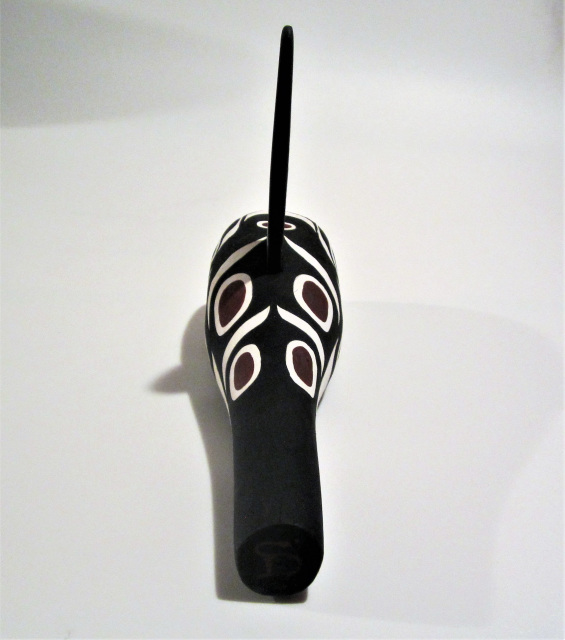 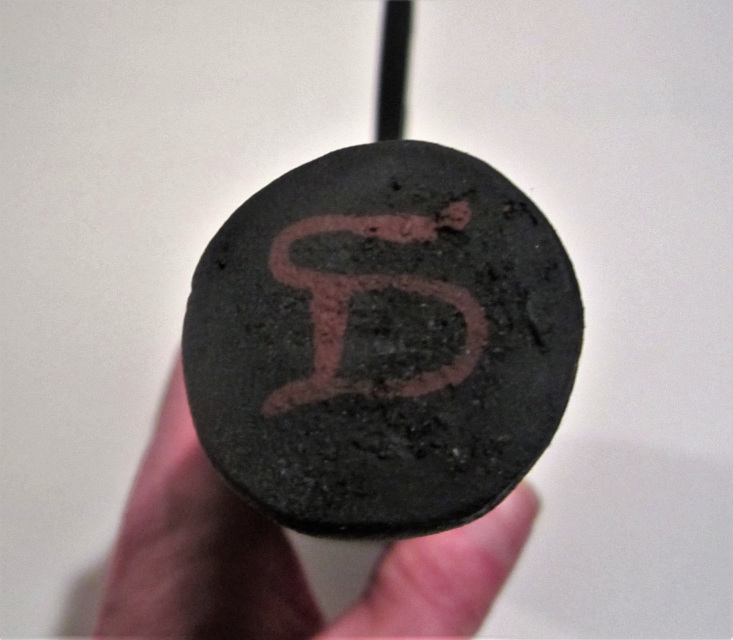 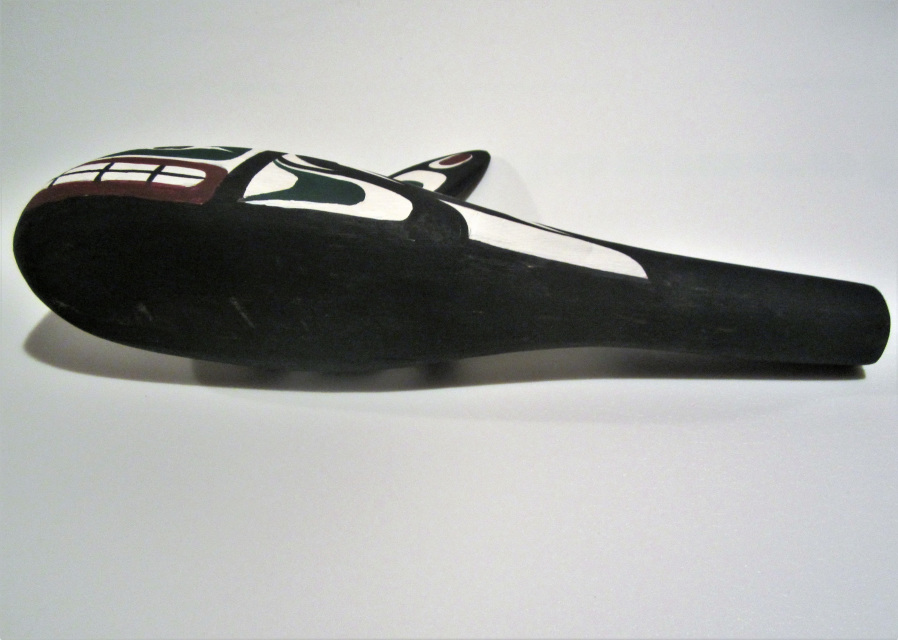 NOS Beautiful, original 14 inches long by 8 1/2 inch high by 3 1/4 wide ceremonial red cedar wood Chanting Rattle which is filled with pebbles from a river in Port Alberni, B.C. is in the style of the Kwakuitl nation.