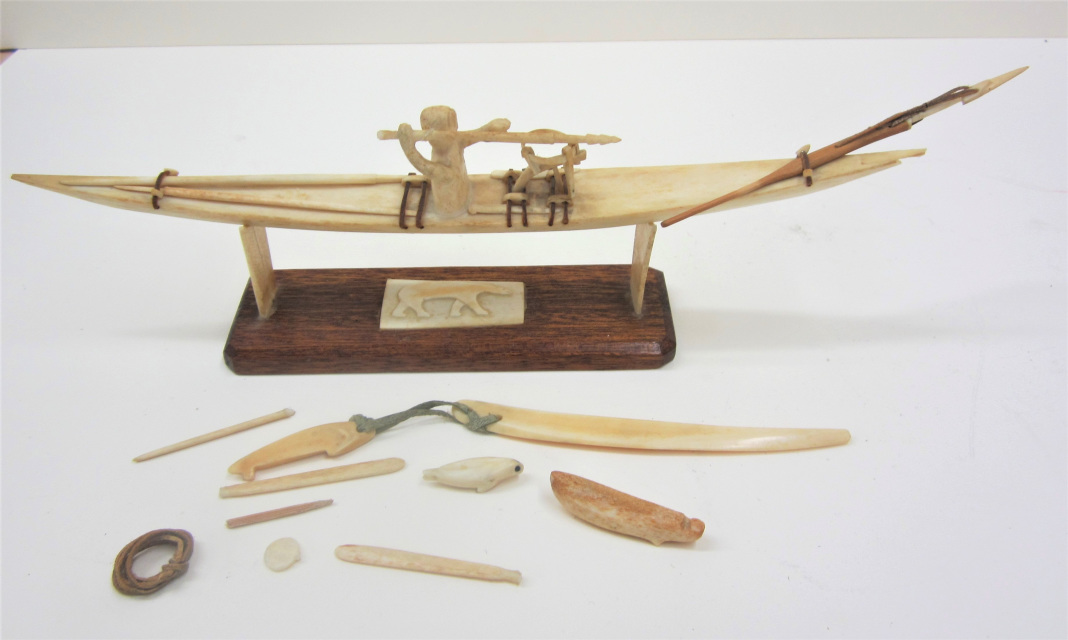 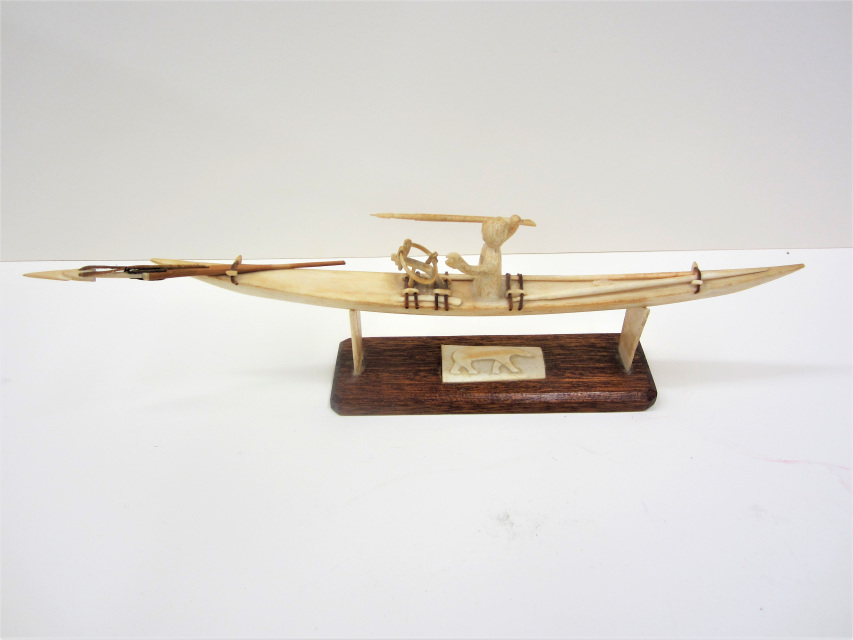 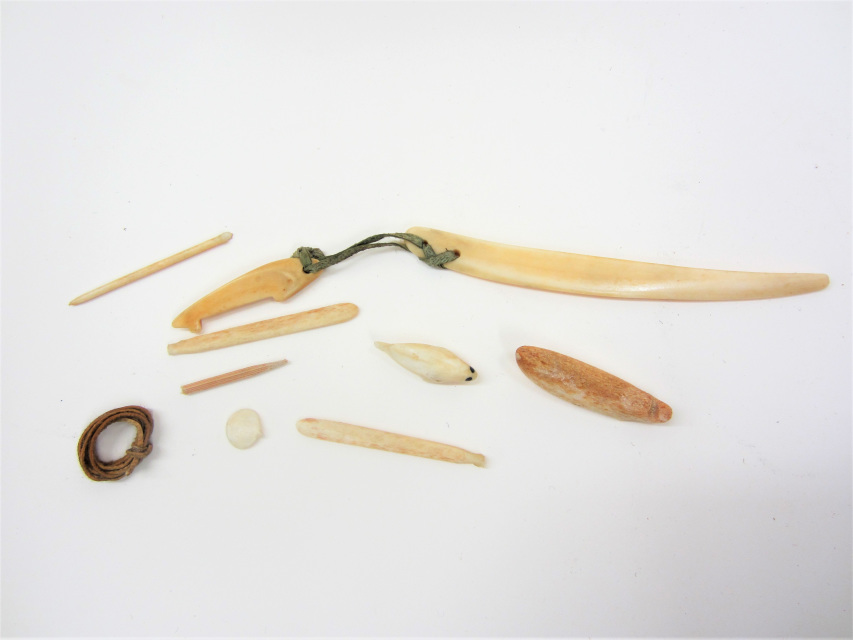 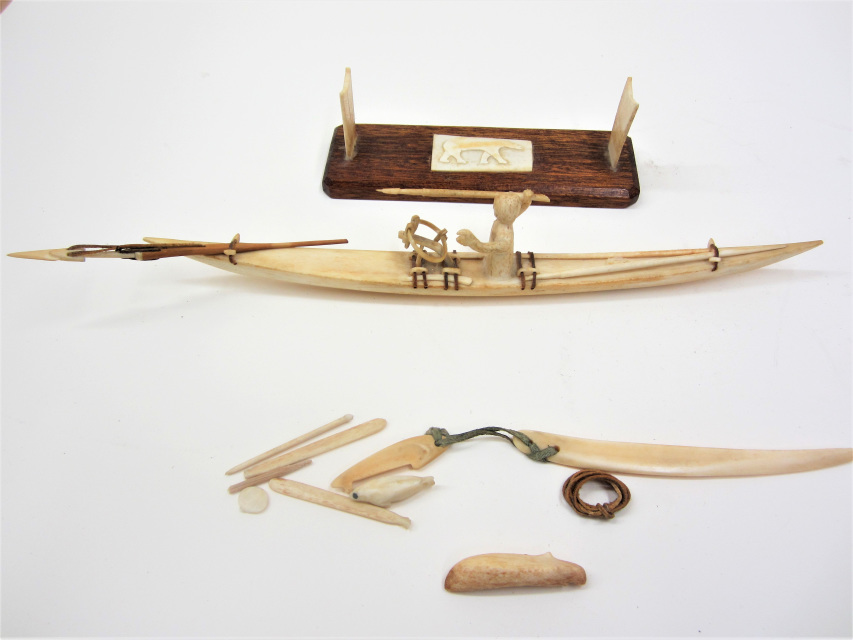 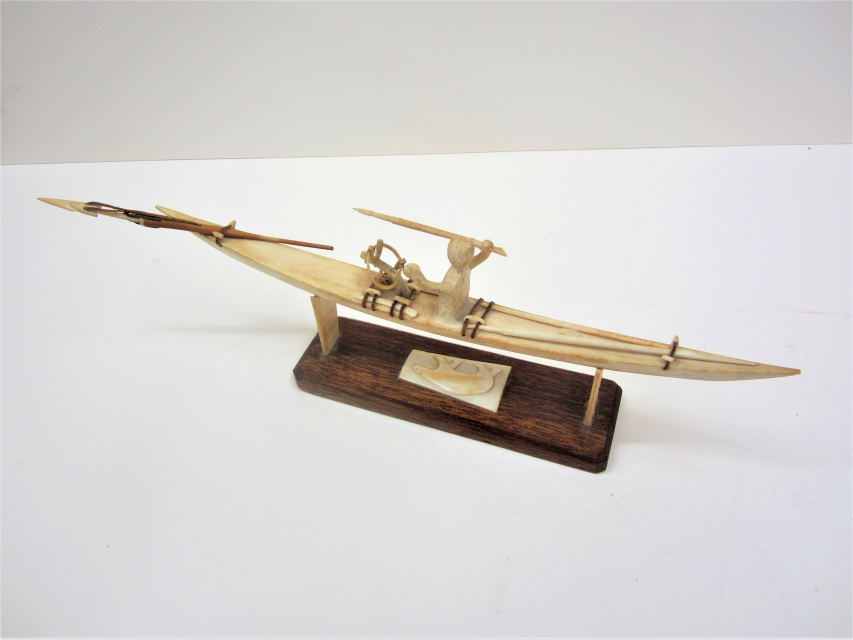 NOS Beautiful, original 12 1/2' inches long by 2' inch wide by 4' high on stand Walrus Tusk carving in the depiction of 'Kayak Seal Hunter'' in the style of the Inuit peoples of N.W.T Northern Canada .

This beautiful carving was brought to British Columbia from Yellowknife NWT in the early 1950's and the carving dates to sometime in the 1940's or earlier and also includes a Walrus Tusk seal and a Walrus tusk seal skin float, tusk and wood harpoon, leather rope and other seal hunting tools.

Excellent condition carving with removable kayak from stand which also has a Walrus tusk carving of a polar bear inlayed into the top of the stand. The harpoon which the hunter holds has snapped in half but could easily be reattached with super glue and nobody would notice this slight defect.