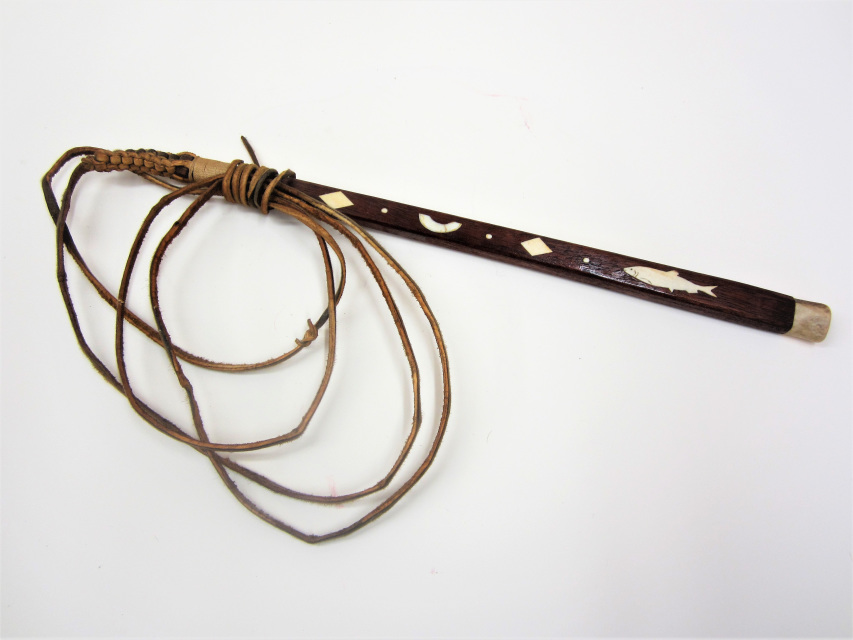 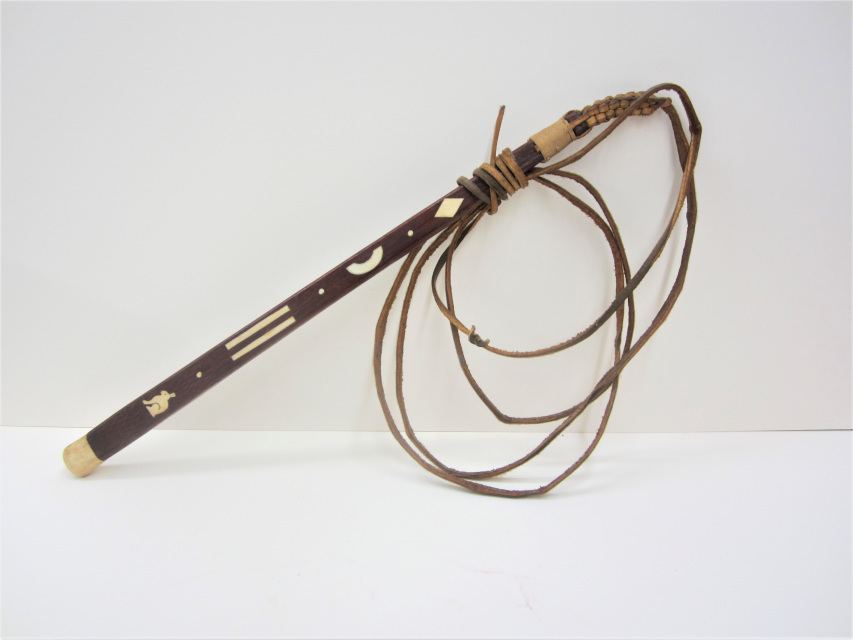 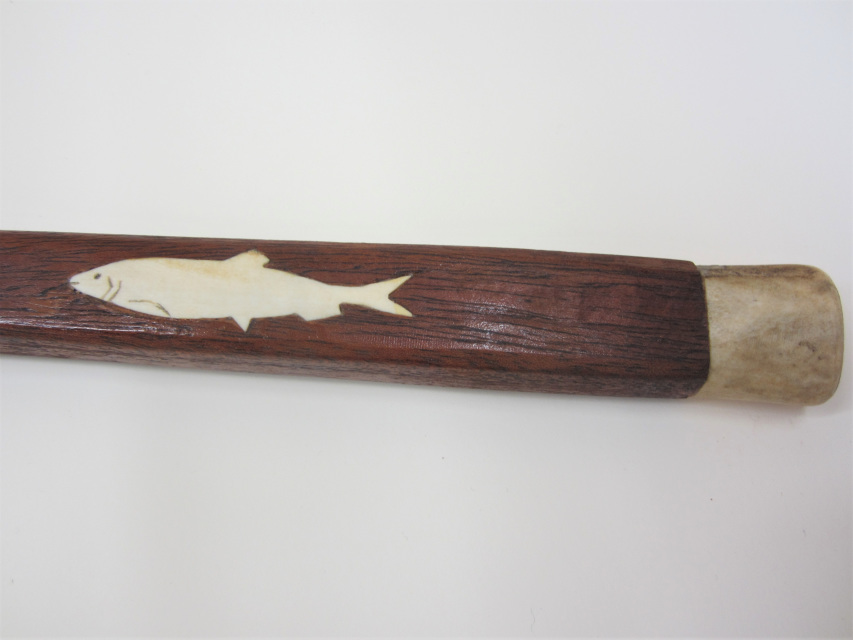 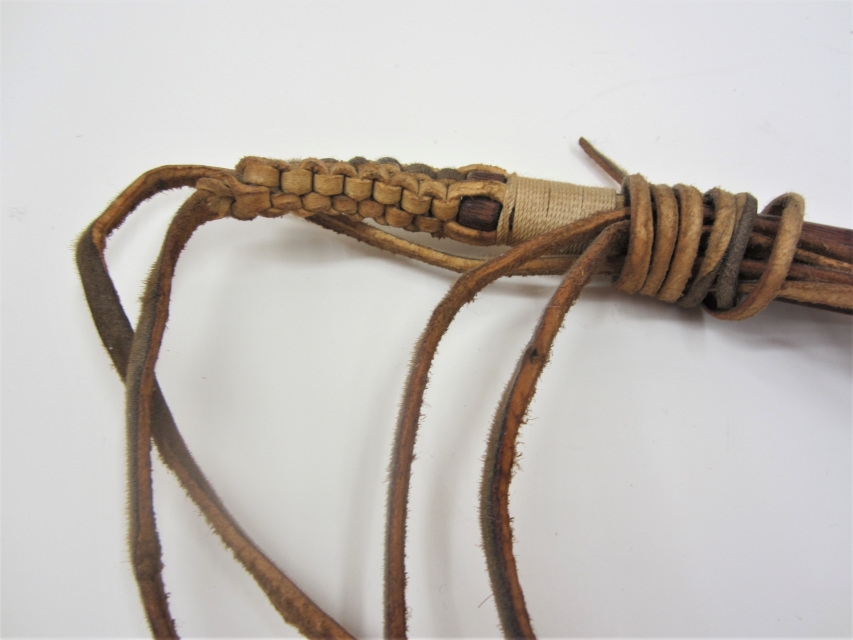 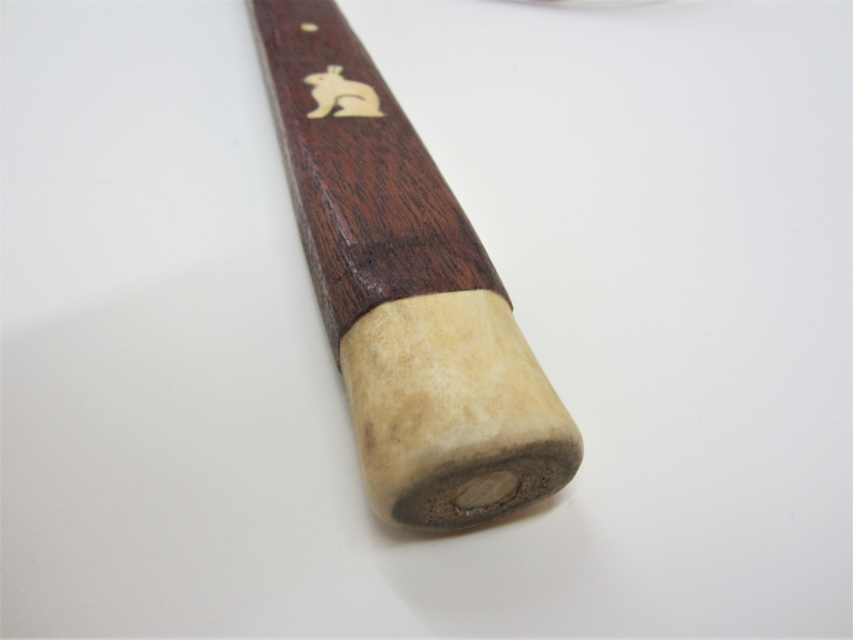 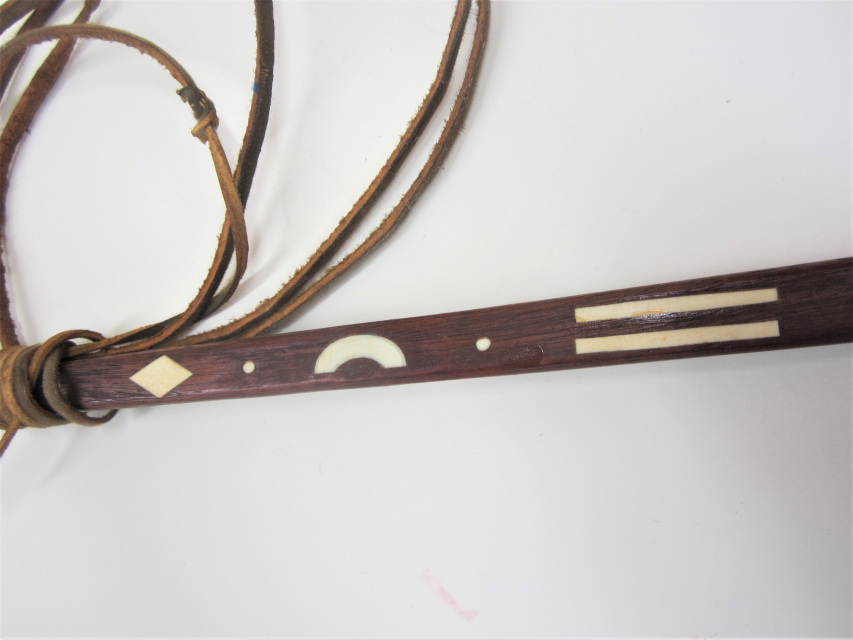 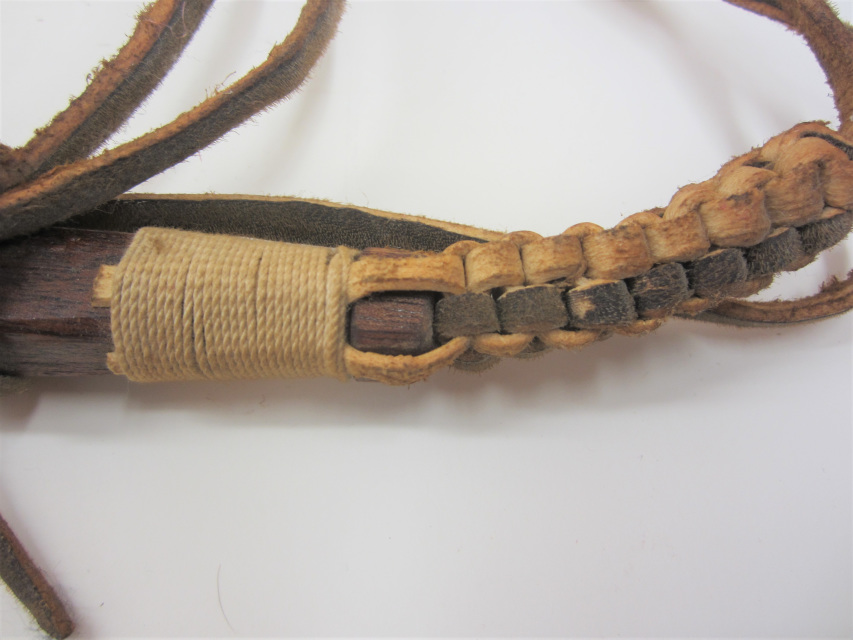 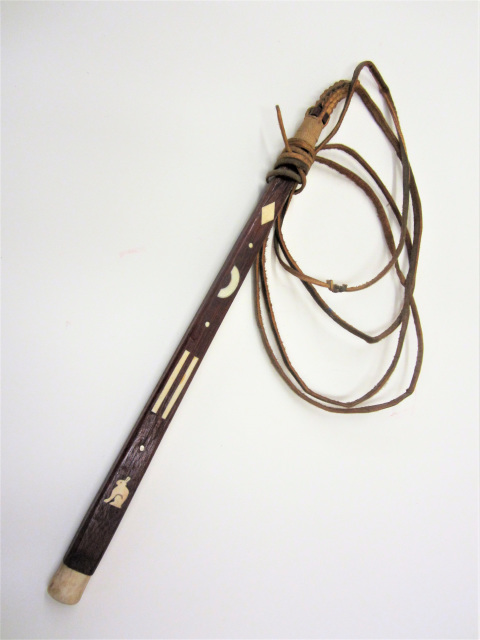 This beautiful whip was brought to British Columbia from Yellowknife NWT Canada in the early 1950's and the dates to sometime in the 1940's or earlier.

The Canadian whip handle is bound into the lower part of the braid and often has a canvas or sealskin filler that the braid is made around. This adds stiffness and body to the lower part of the whip. Seal or whale skin strand whip bound on to the end. Canadian whips can be any length: 6m. (25'), 9m. (30'), 10.5m. (35'). In my experience these whips are about 6m. (25') long but the length also depends how long your dog traces are. To get one single continuous strand leather for a whip from a bearded seal that is only about nine feet long nose to rear flippers, you cut the skin from the seal in one continuous line round and round the body. Among Canadian whips there are a number of designs. Every musher has his style and variations come from the preferences of the individual. Materials are generally what is available. Bearded seal is tough but whale leather is the best as it is very strong but becomes very flexible. In Pangnirtung the whips are generally braided from six or eight strands of mujak (beluga whale leather) with bearded seal or whale leather as the main whip rope cut as one continuous piece to a taper, quite a skill. It is a very smelly process to make the mujak as the maktaq has to age until it is igunak and then the flesh falls away from the leather. There are also eight strand whips which are a work of art. Other styles have walrus strips sewn together for the body of the whip with a bearded seal rope again cut in a continuous taper.

This whip should be used for ceremonial presentation only and is in excellent condition.