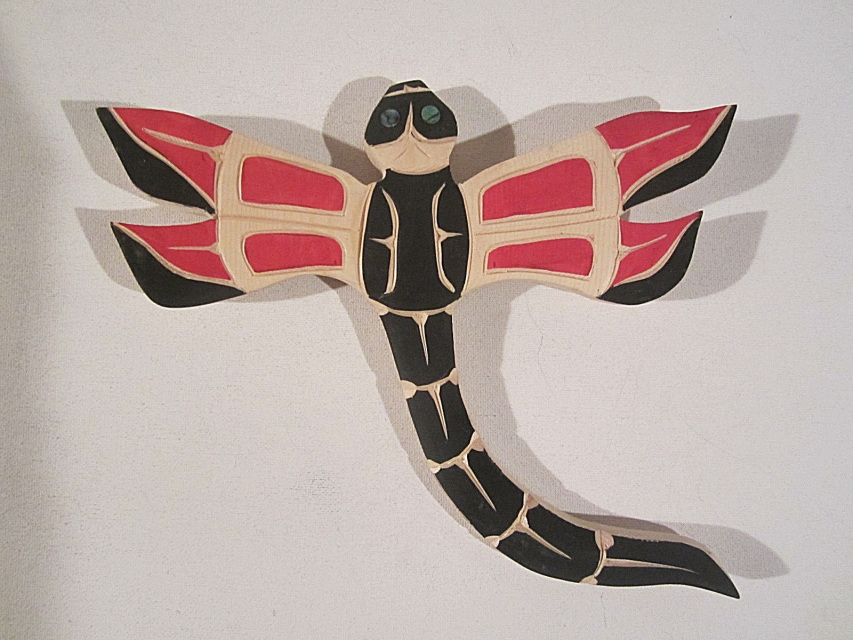 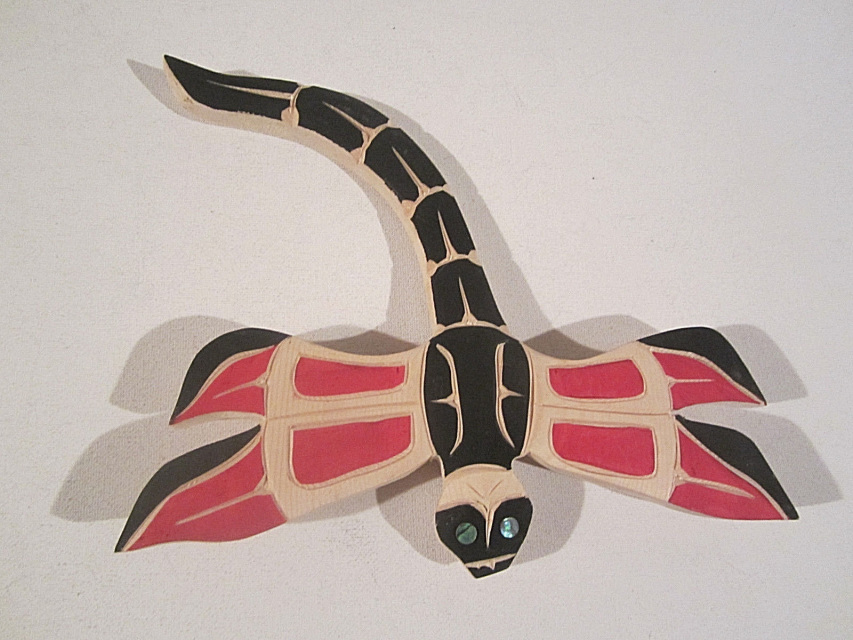 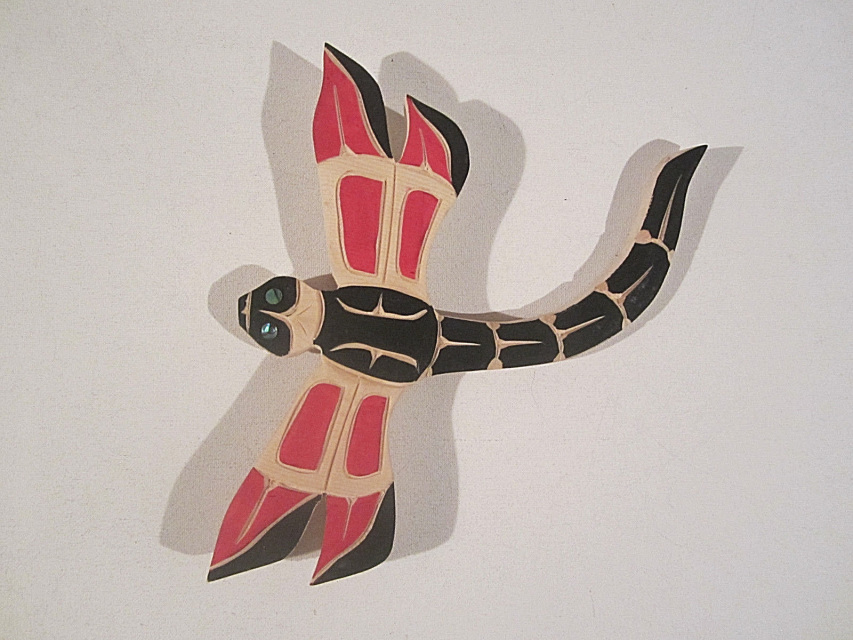 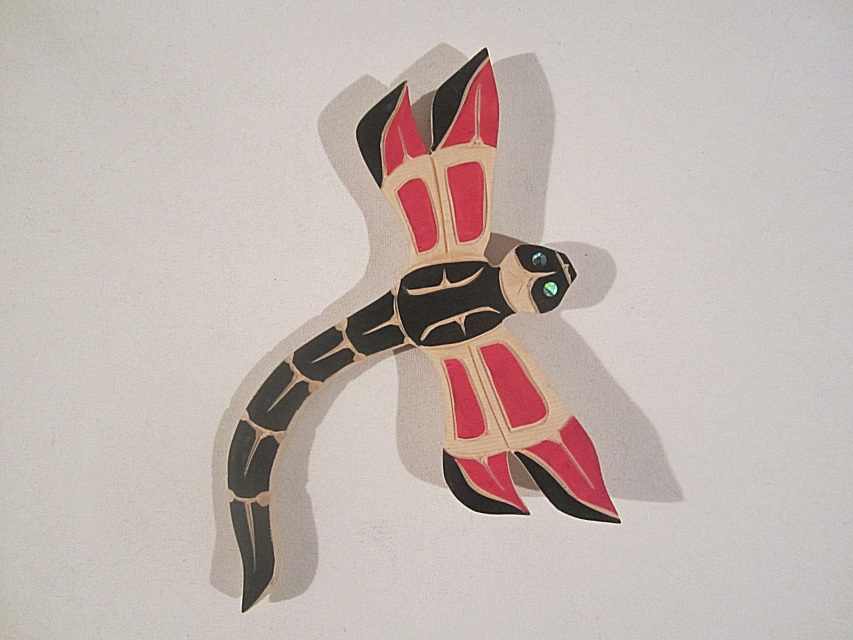 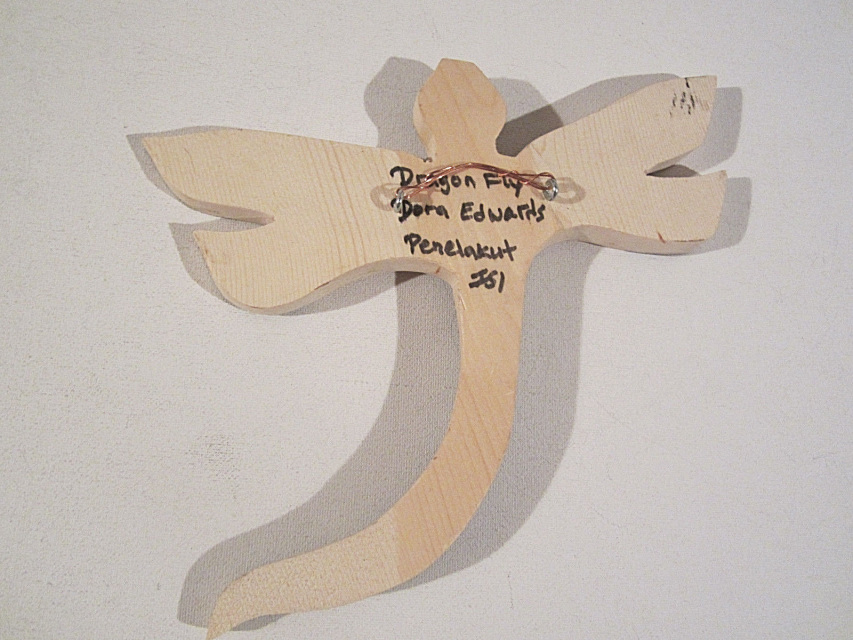 NOS Beautiful, original signed 8 inch long by 8 inch wide at the head by 1/2 deep ''Dragonfly'' cedar carving with Dora's depiction in the style of the West Coast ( Coast Salish) Penelakeut Island first nations. This stunning cedar wood and multicolored piece comes with a abalone eyes on the head and with a copper wire wall mount . The family of Dora Edwards work together as a team to create their beautiful carvings and artwork.

Dora Edwards was born in 1985 on Kuper Island. At the age of 14, she learned the art of carving from her parents Connie Edwards and Larry James, who are both well-known Coastal Salish carvers. Their carving style is greatly influenced by Herman Peter, a fellow Coastal Salish Carver whose work is also very popular. Their artwork can be found in galleries in Victoria B.C. and all over Vancouver Island.

Dragonfly is used as a clan crest in some Northwest Coast tribes, such as the Tlingit, and can sometimes be found carved on totem poles. The Yaqui also have a Dragonfly Dance among their tribal dance traditions.