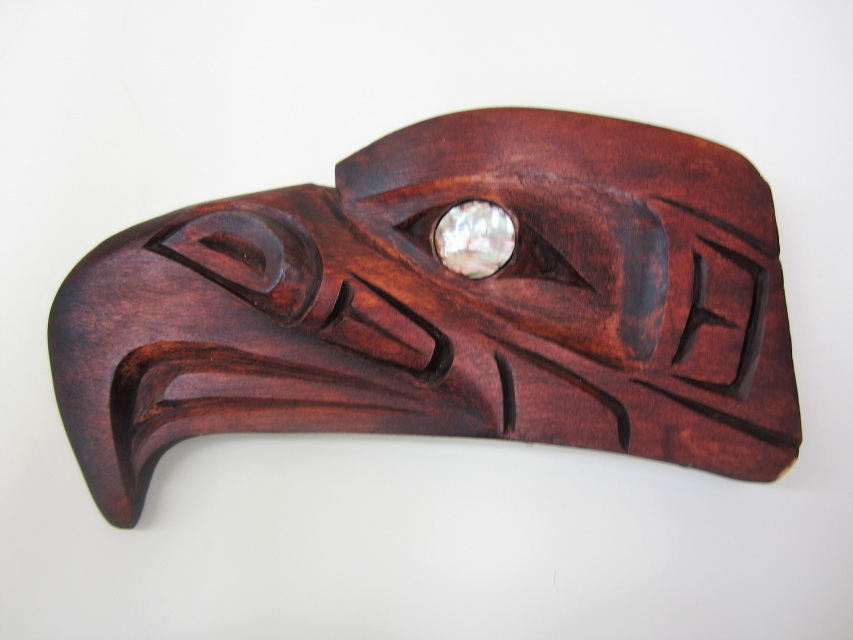 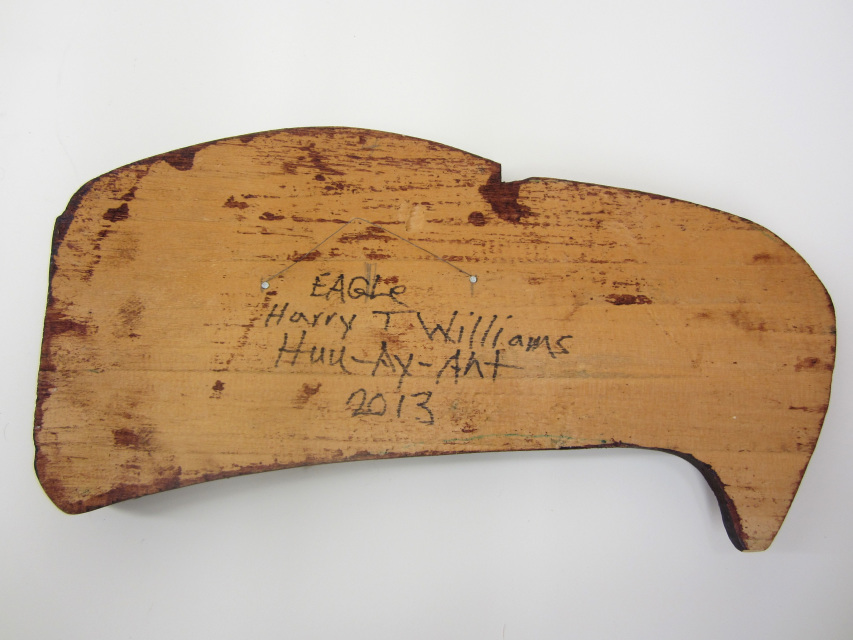 Beautiful, original and signed 14' inches long by 6' high by 1 1/4 inch deep red cedar wood carved plaque with his depiction of ''Eagle'' in the style of the Huu-Ay-Aht which is part of the Nuu-Chah-Nulth nation .

This beautiful red cedar wood carved carving is adorned with a abalone shell eye and is used for the purpose of ceremonial presentation, signed by Harry Williams, 2013.