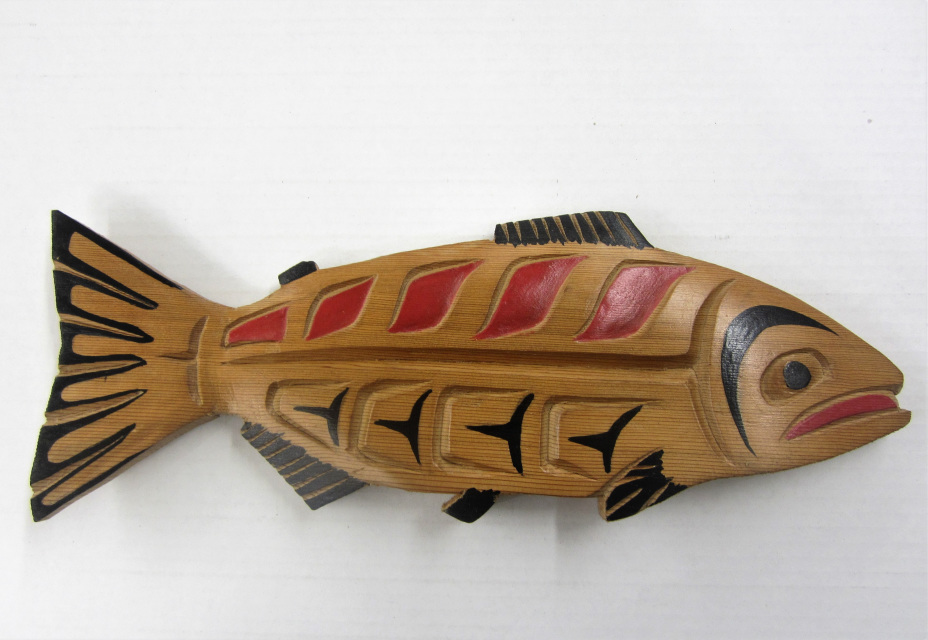 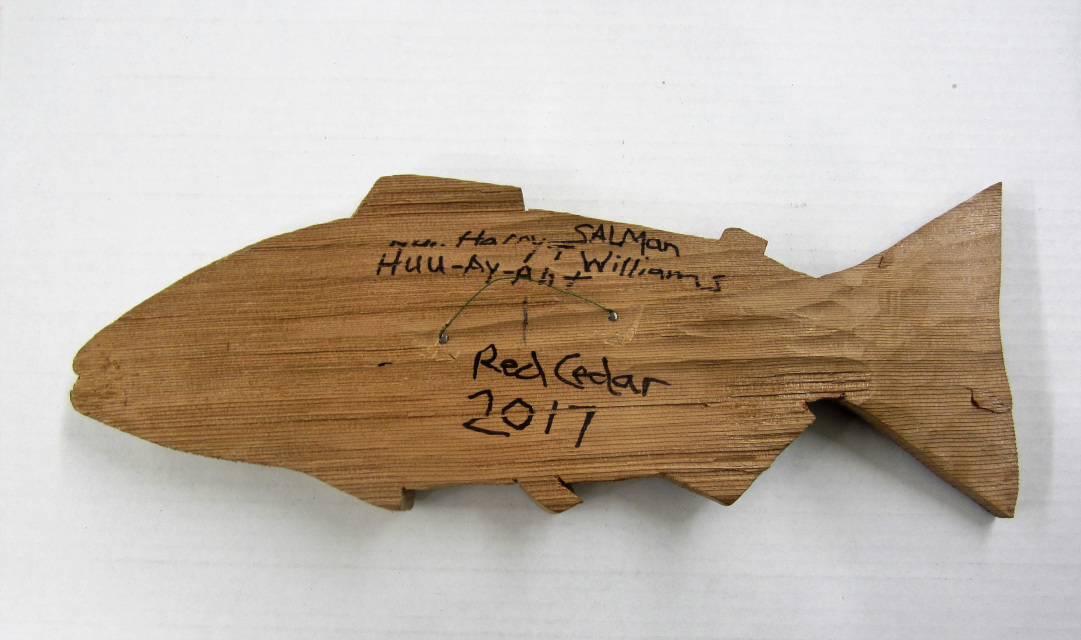 Beautiful, original and signed 14.5' inches long by 5' inch wide by 1' deep red cedar wood carved plaque with his depiction of ''Salmon'' in the style of the Huu-Ay-Aht which is part of the Nuu-Chah-Nulth nation .

This beautiful red cedar wood carving with wall mount plaque is used for the purpose of ceremonial presentation, signed by Harry Williams.

The Pacific Northwest Coast people believed that Salmon were actually humans with eternal life how lived in a large house far under the ocean. In the Spring, they put on their Salmon disguises and offered themselves to the villagers as food. The tribes believed that when entire fish skeletons were returned to the sea, the spirits would rise again and change into Salmon people. In this way, the cycle could begin again the following year. Since the villagers feared that the Salmon people would not be treated respectfully by White people who had no knowledge of the taboos and regulations, they did not want to sell Salmon to the first White men.

He was taught by Dave Nahant, Derald Scoular and Mark Mickey, who are all prominent carvers