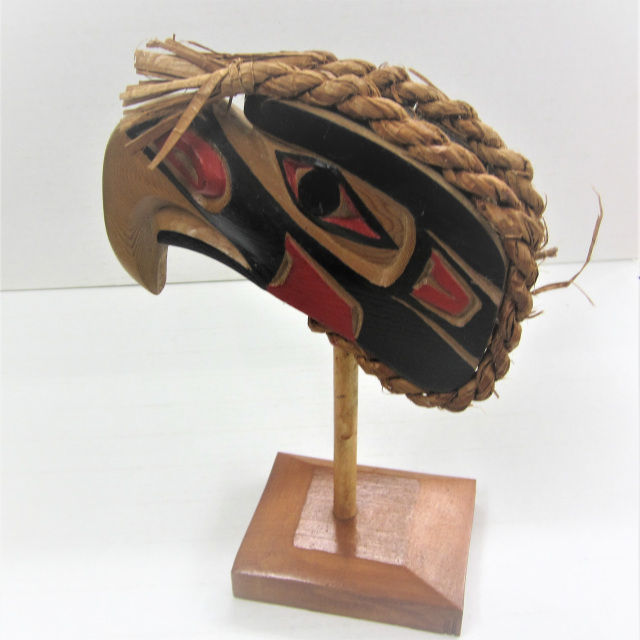 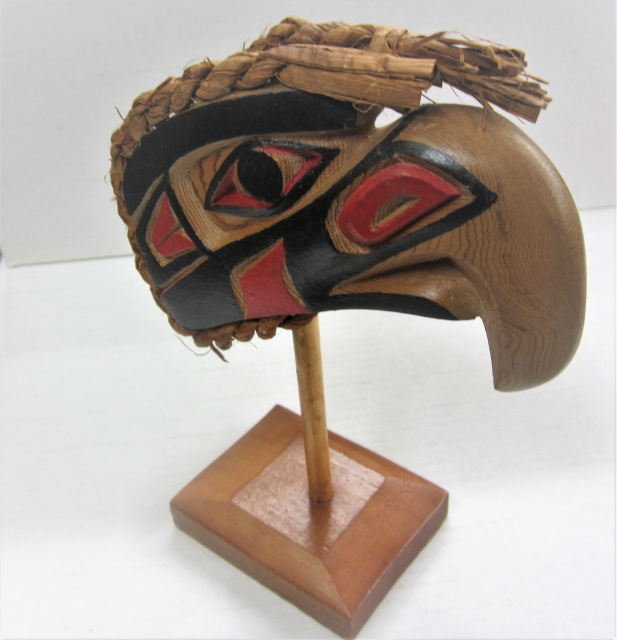 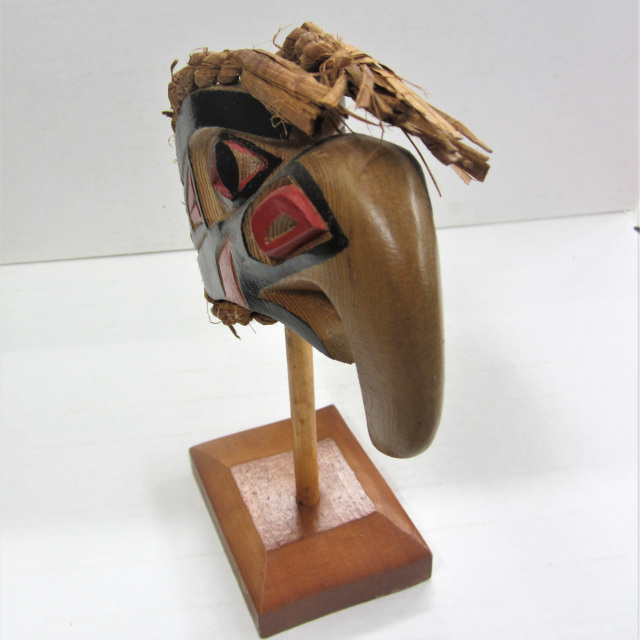 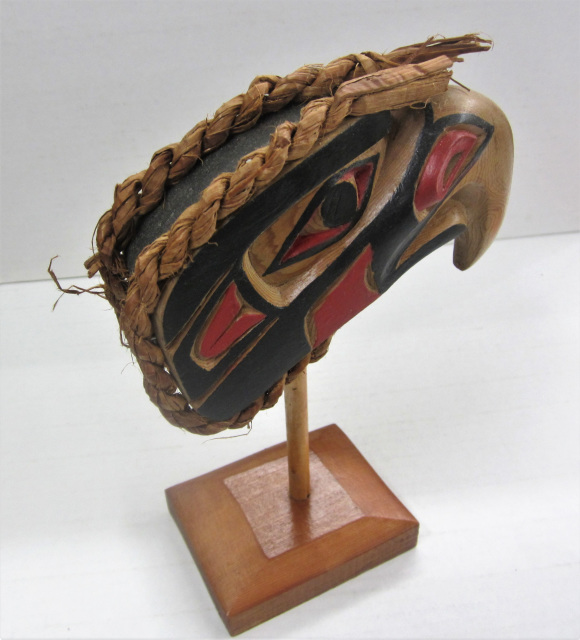 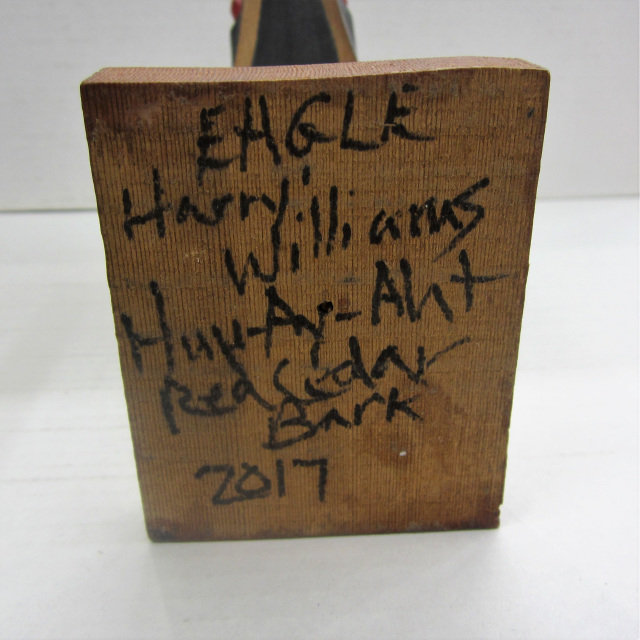 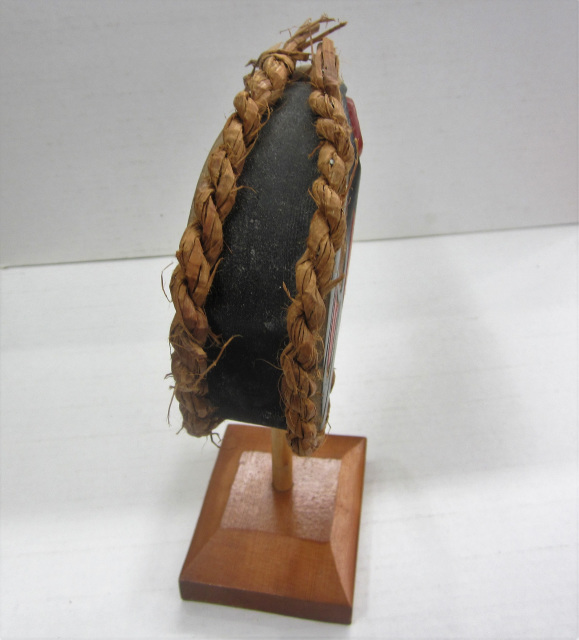 Beautiful, original and signed 6.5' inches long by 3' inch wide by 8.5' high red cedar wood carved mask on stand with his depiction of ''Eagle'' in the style of the Huu-Ay-Aht which is part of the Nuu-Chah-Nulth nation .

This beautiful red cedar wood carved mask is adorned with red cedar bark and is used for the purpose of ceremonial presentation, signed by Harry Williams.