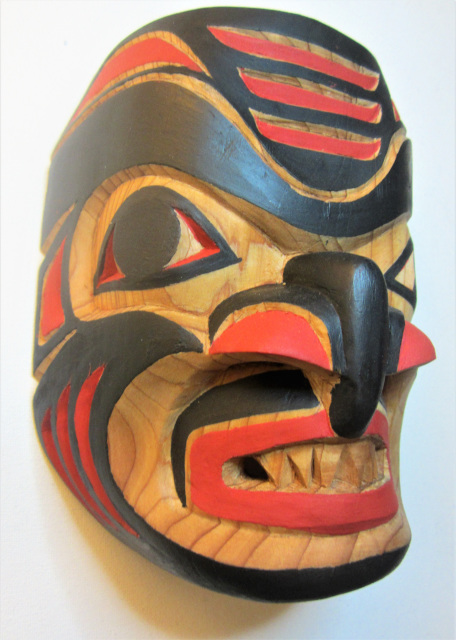 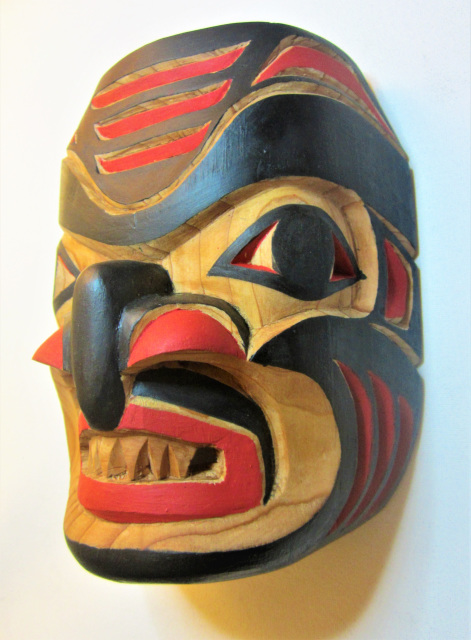 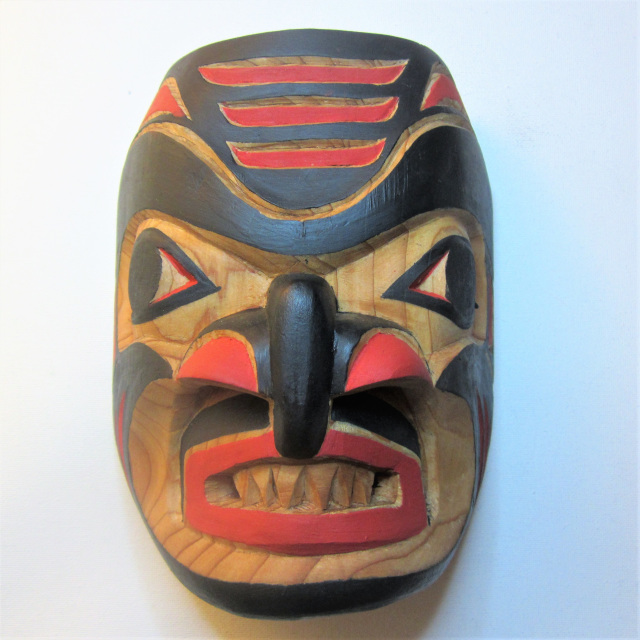 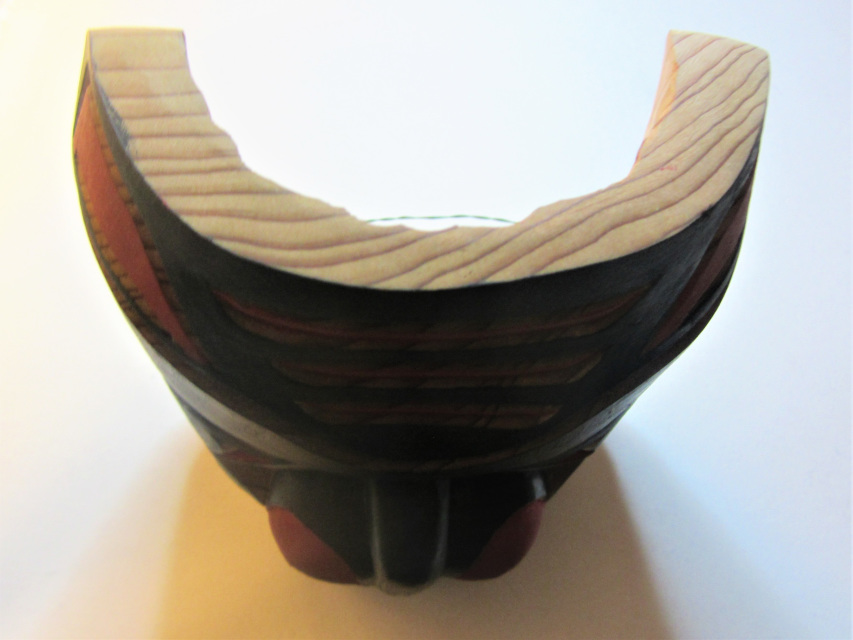 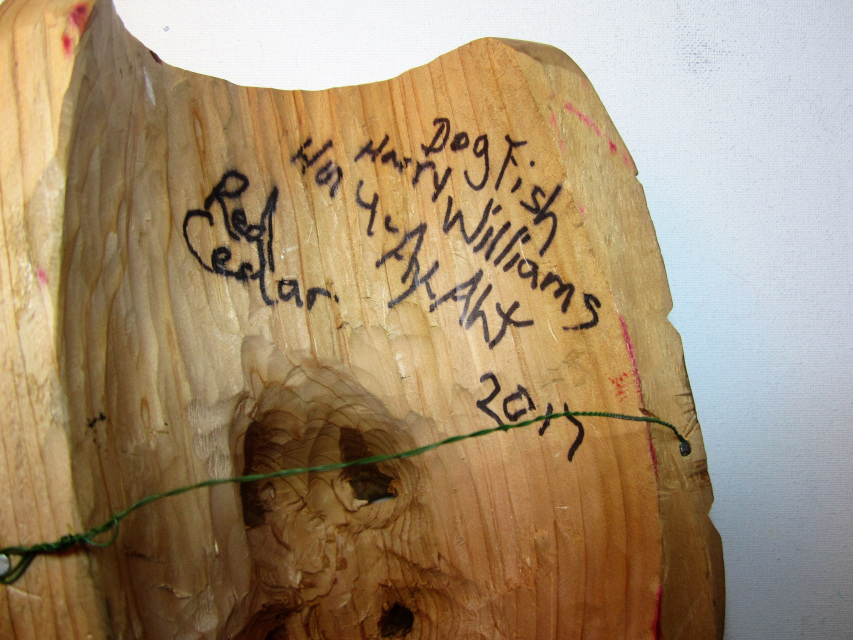 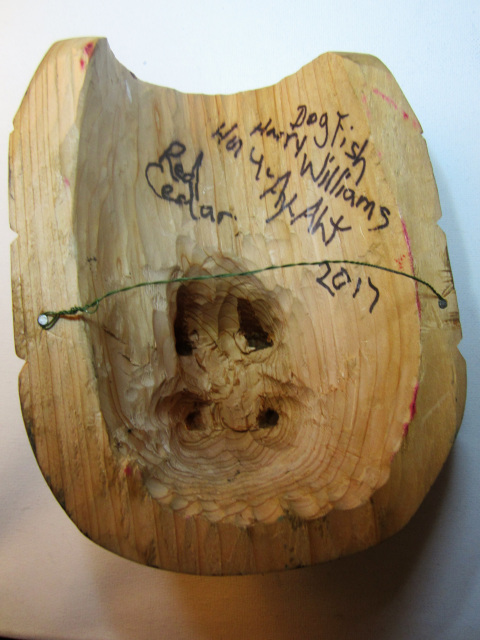 Beautiful, original and signed 7.5 inches long by 6 inch wide cedar wood carved mask with his depiction of ''Dogfish'' in the style of the Huu-Ay-Aht which is part of the Nuu-Chah-Nulth nation .

This beautiful red cedar wood mask is adorned with a wire strap for the purpose of ceremonial presentation signed by Harry Williams. The Nuu-chah-nulth peoples of Western Vancouver Island feared giant, malicious shark monsters who lived in deep holes under cliffs and liked to eat canoes. Named "Dogfish Mothers", they were likely inspired by the great white sharks that sometimes hunt Sea Lions in B.C.'s waters.