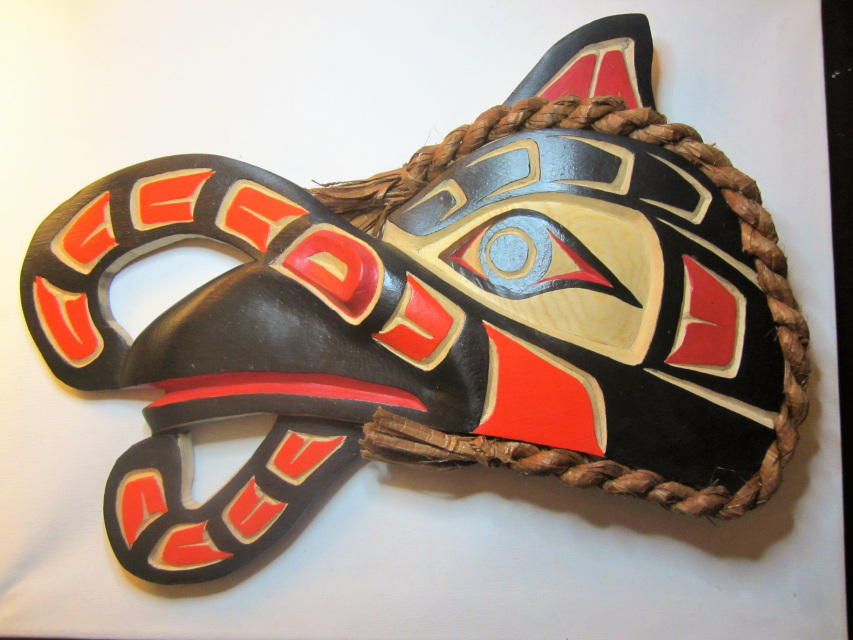 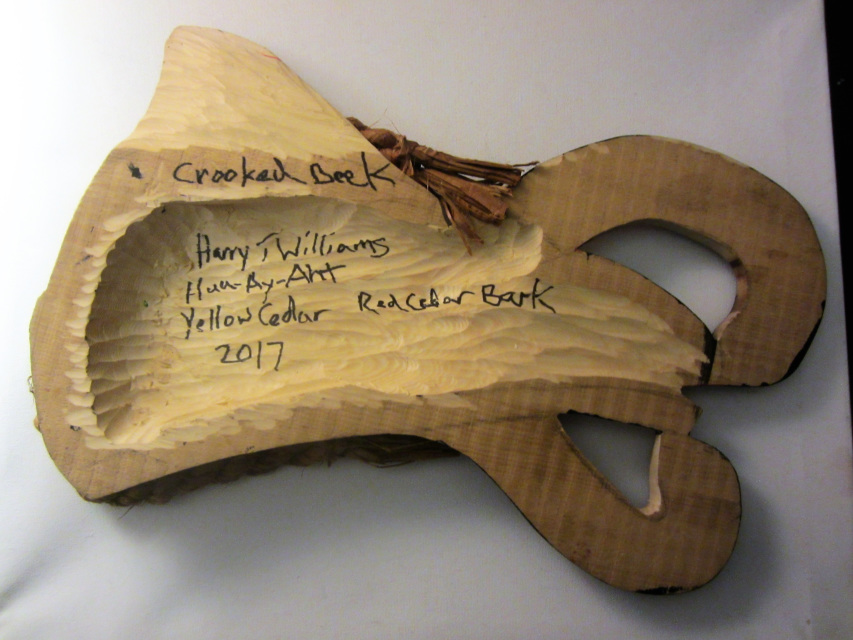 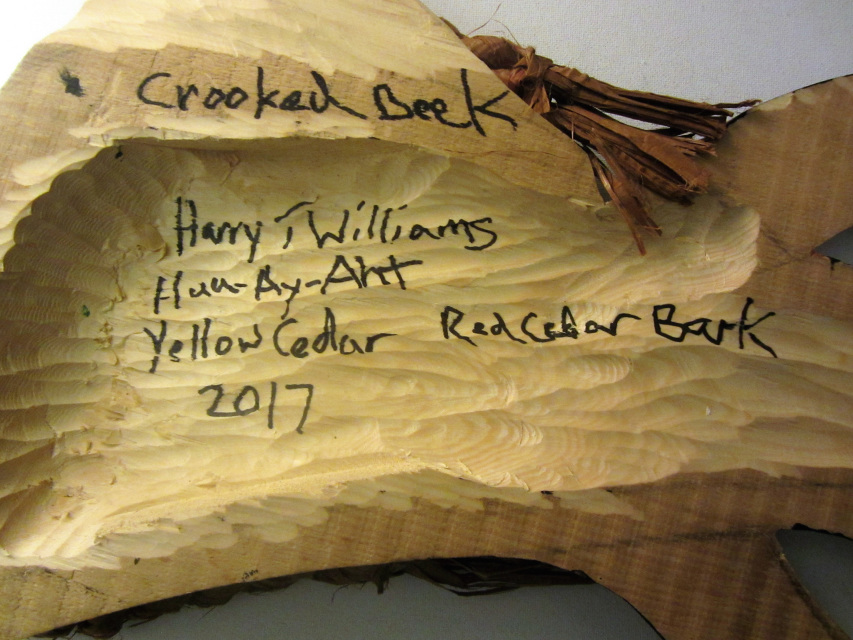 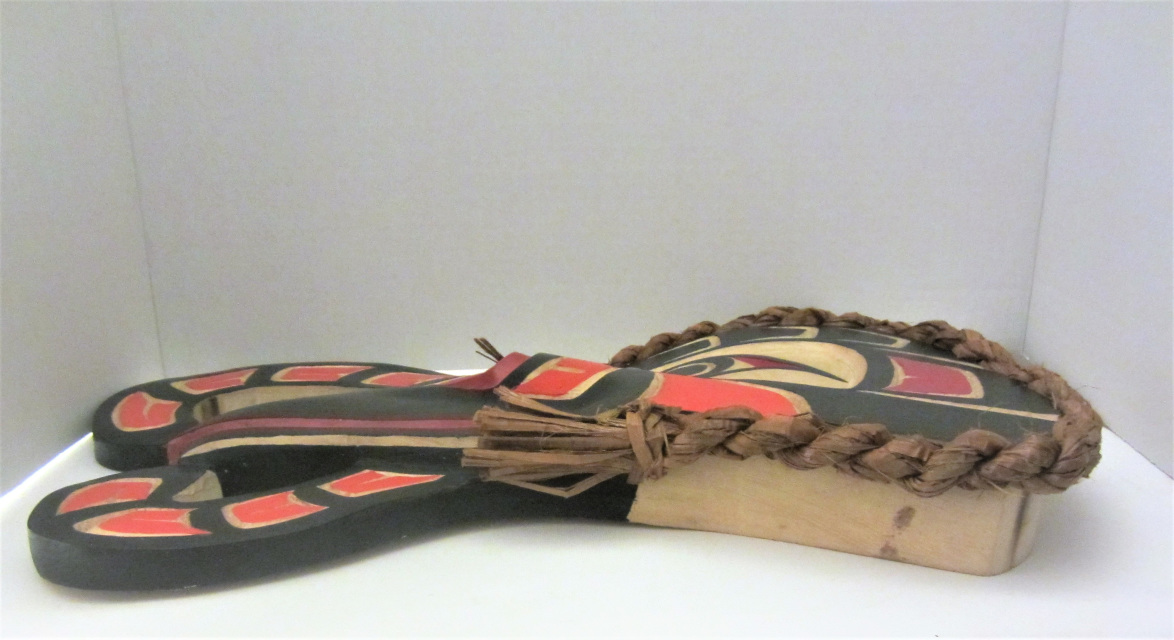 Beautiful, original and signed 17' inches long by 11' inch height by 2' deep yellow cedar wood with red cedar bark rope carved plaque with his depiction of ''Crooked Beak'' Raven in the style of the Huu-Ay-Aht which is part of the Nuu-Chah-Nulth nation .

This beautiful yellow cedar wood mask is adorned with red cedar bark is used for the purpose of ceremonial presentation, signed by Harry Williams.

The crooked Beak of Heaven is a mythical creature, part of the Hamatsa (Cannibal Dance Ceremony) - it's one of the giant man eating birds

The Raven is the transformer, trickster and creator. Known in legends as the one who released the sun, moon, and stars; discovered man in a clam shell; brought the salmon and the water; and taught man how to fish and hunt.