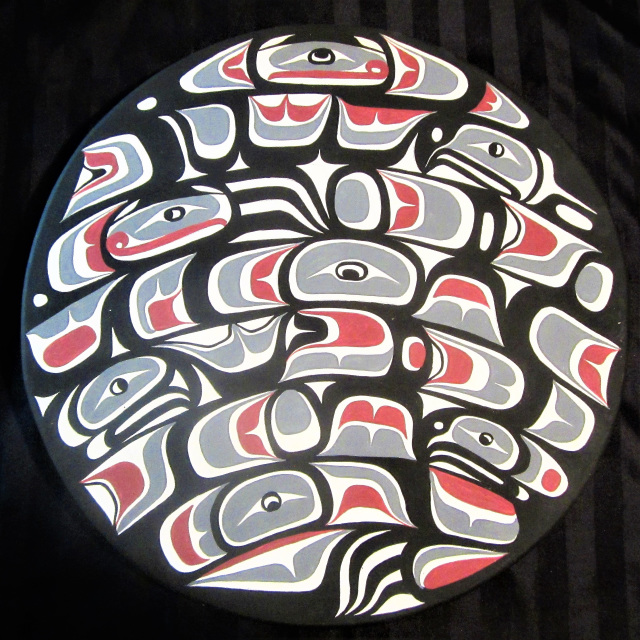 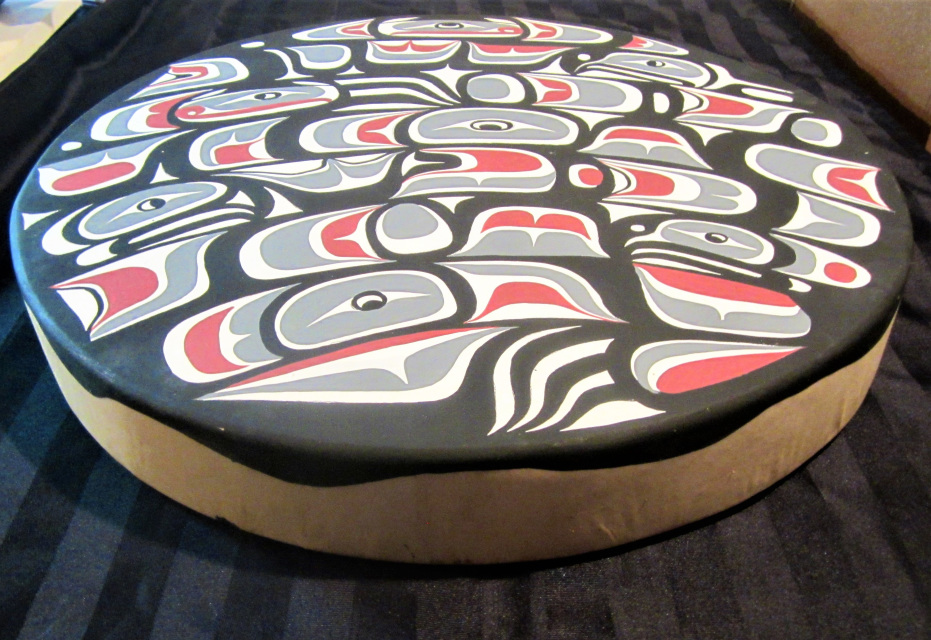 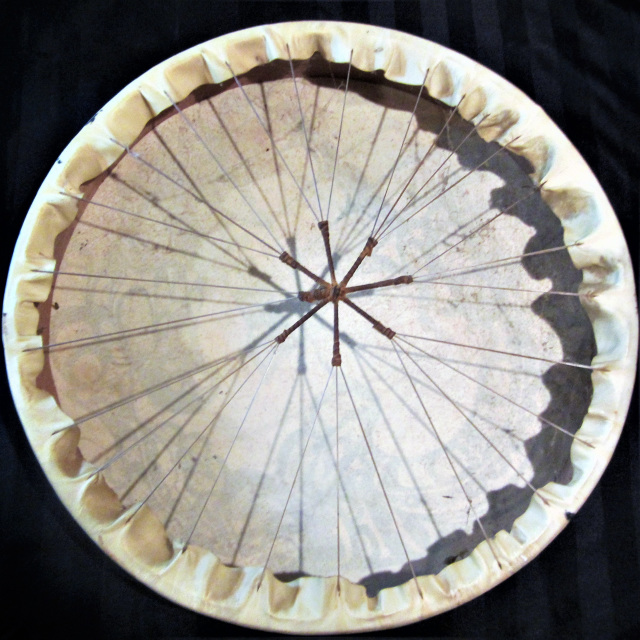 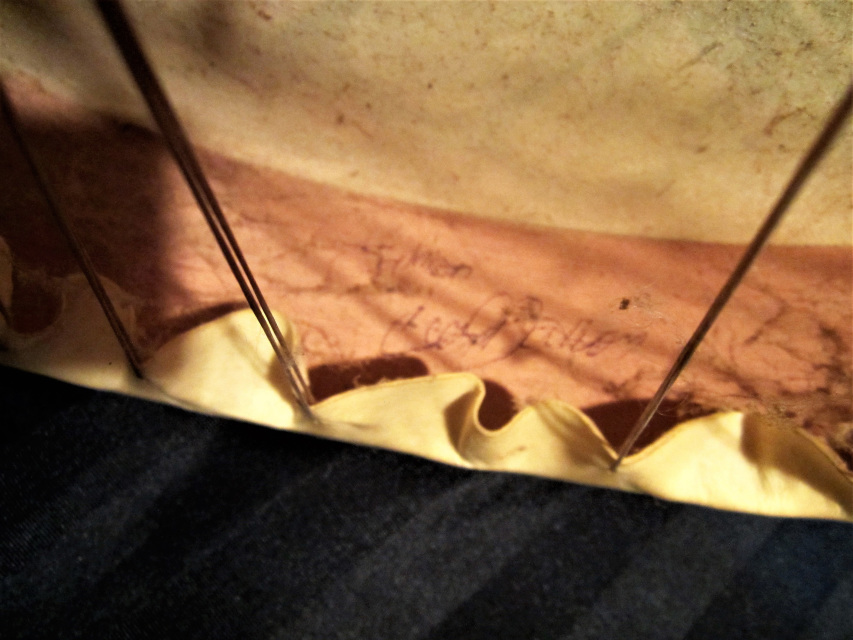 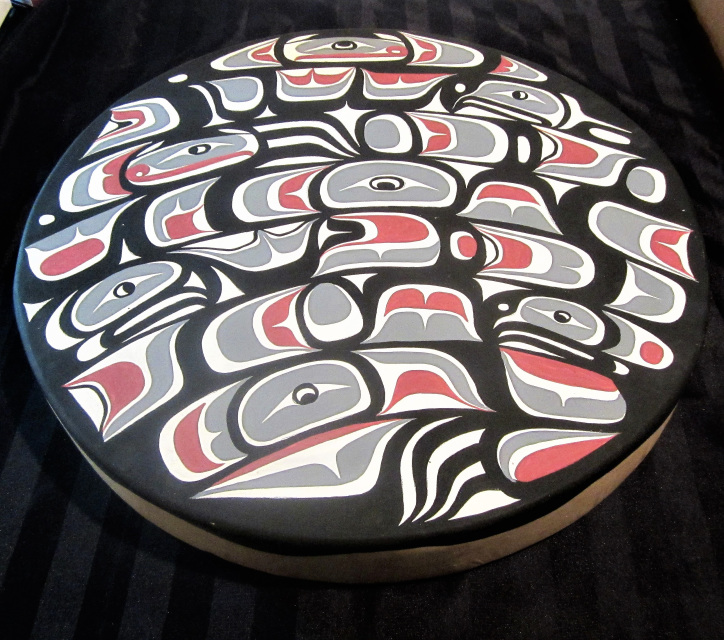 NOS Beautiful, original and signed 18 inches long by 3 inch high deer hide ceremonial potlatch drum with his depiction of '' Salmon '' in the style of the Kwakuitl nation.

This beautiful drum is signed by Hereditary Chief and artist Cecil Dawson and is ready to play.