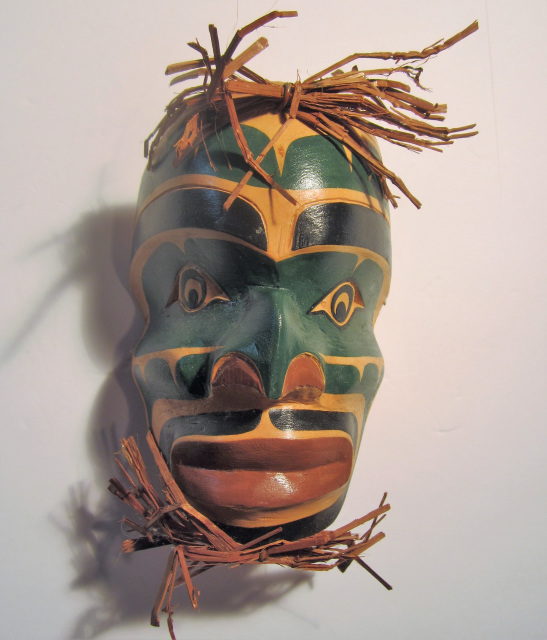 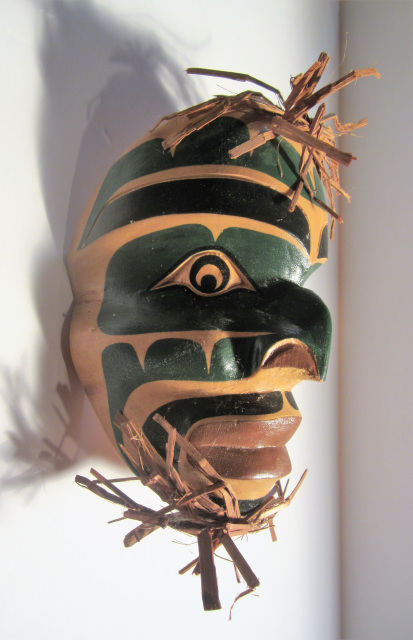 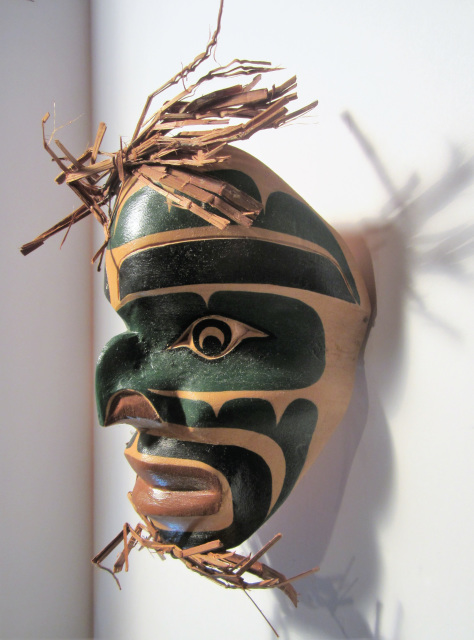 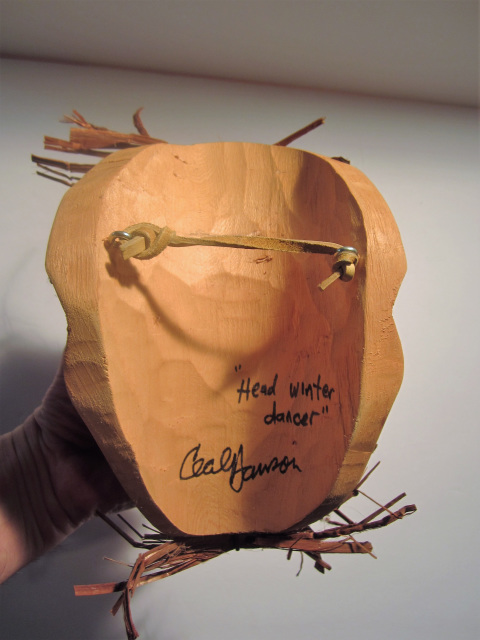 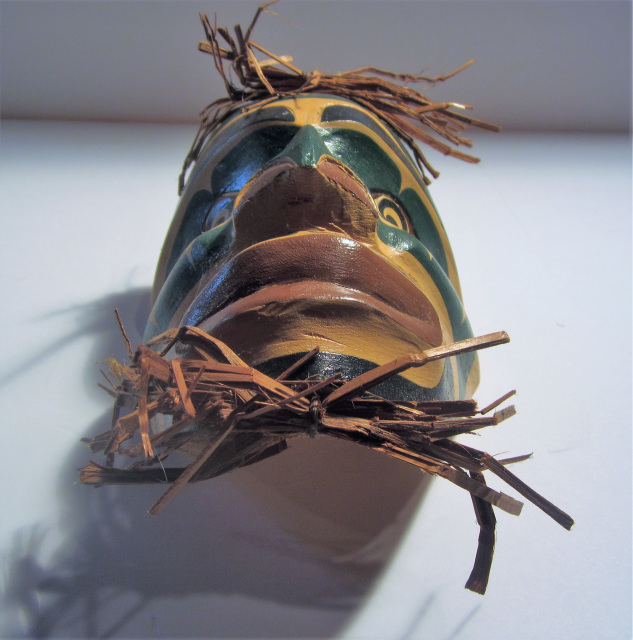 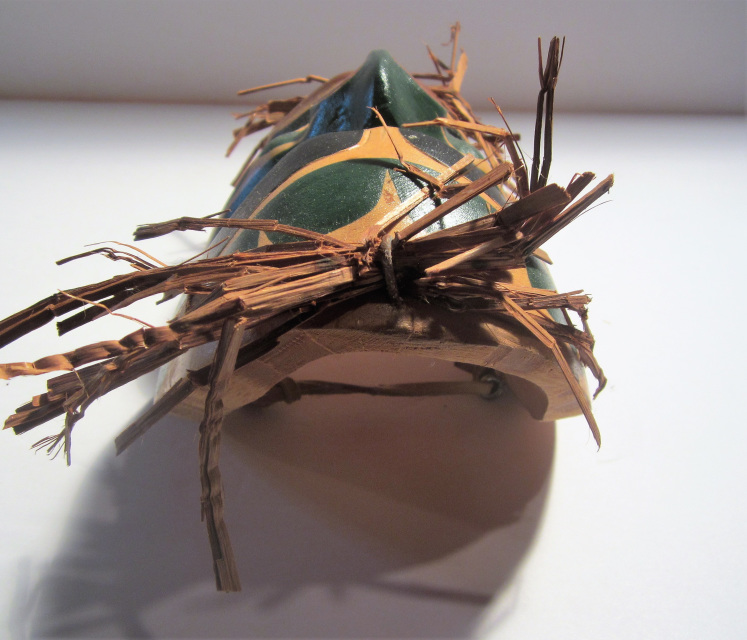 NOS 1 of a kind, Beautiful, original and signed 8 inches high by 6 inch wide and 4 inch deep with his depiction of ''Winter Dancer'' in the style of the Kwakuitl nation .

This beautiful approx. late 90's red cedar ceremonial mask is adorned with cedar bark and is signed by Hereditary Chief and artist Cecil Dawson. Cecil only ever makes one of a kind pieces and never makes the same one twice.

The T’seka ceremonial sequence is celebrated in winter, a season that the Kwakiutl associated with supernatural beings and events, and usually begins in November. The winter season is also the perfect time for grand indoor ceremonies, as people try to avoid the cold rains of winter and enjoy the fruits of their summer and fall labors, such as smoked fish and fish oils, dried meats, berries, fruits, and nuts. The organization of a band during the Winter Ceremonial is based on the function of various groups according to their role as managers (shamans), performers (usually close relatives), and initiates, with the uninitiated taking no active role in the ceremonies . Managers bestow upon initiates the privilege of performing certain dances and masks, which are said to come from an ancient ancestor who bestowed these gifts as sacred privileges. The performance of these bestowals during the ceremony serves as an initiation of the novice into their numaym’s (lineage’s) dance society. During ceremonies, the rank of these dance societies outweighs normal social ranking, so much so that during these events people may only address one another by ceremonial names or risk suffering severe penalties.