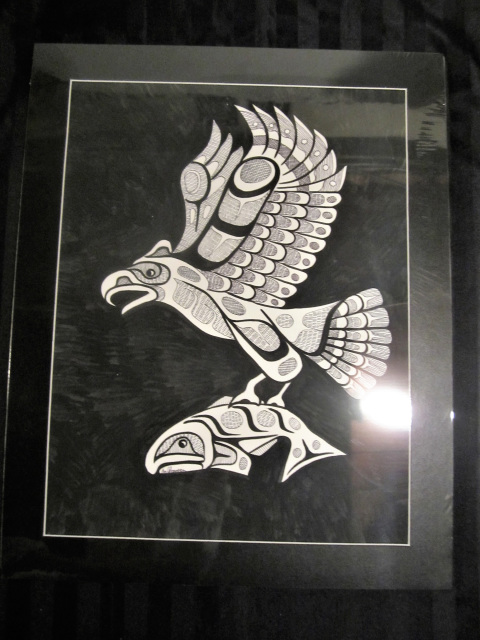 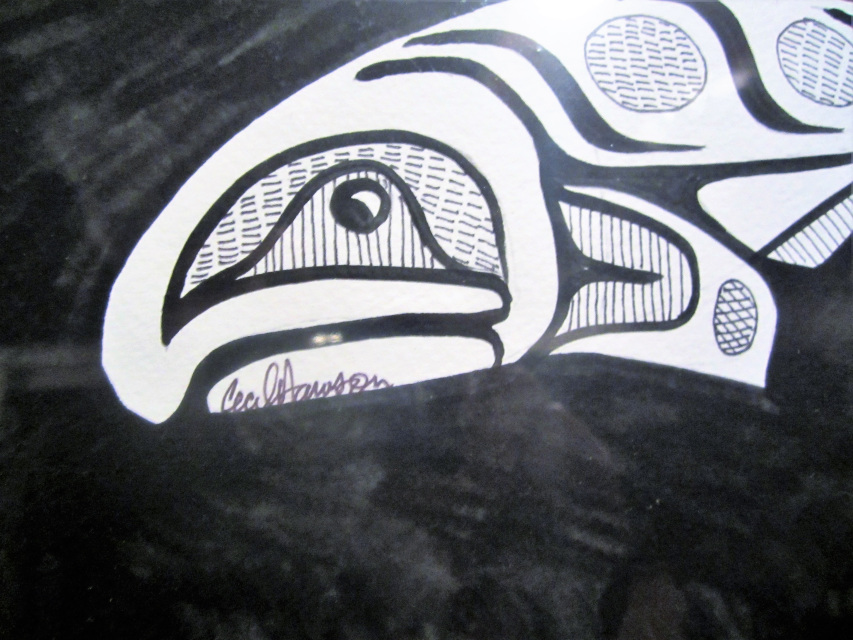 NOS Beautiful, original hand painted and signed 25 inches long by 20 inch wide with his depiction of ''Eagle & Salmon'' in the style of the Kwakuitl nation .

This beautiful large Acrylic and Pen & Ink painting is signed by Cecil Dawson.

This matted frame painting is in a protective plastic sheath with white board backing to keep the item in pristine condition.