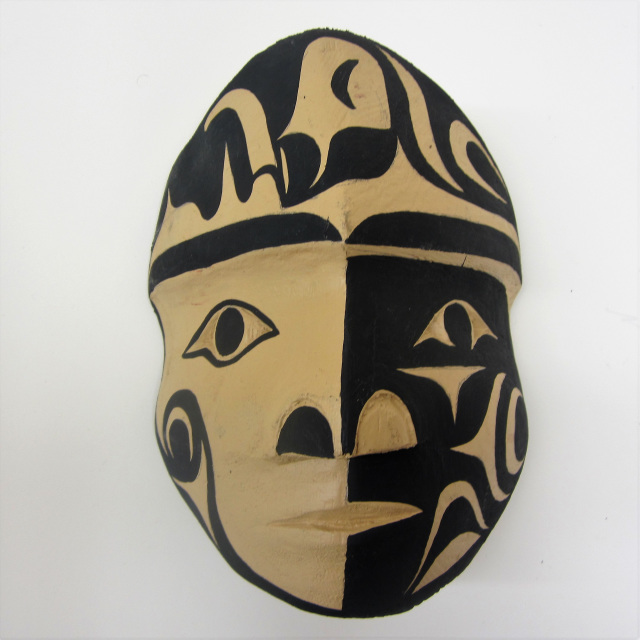 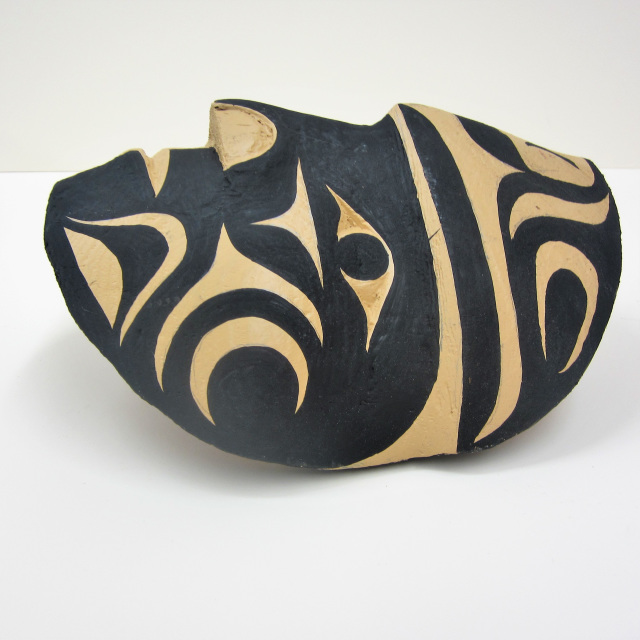 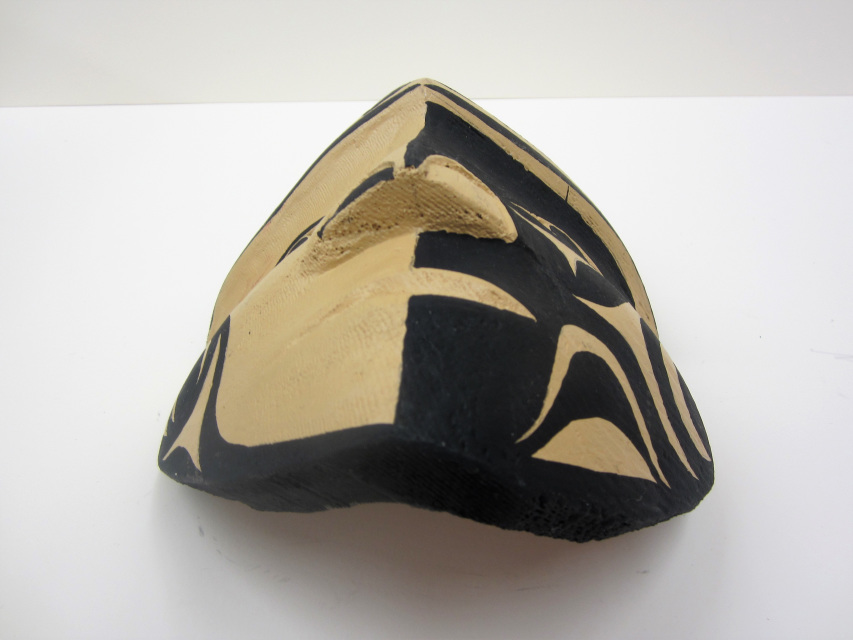 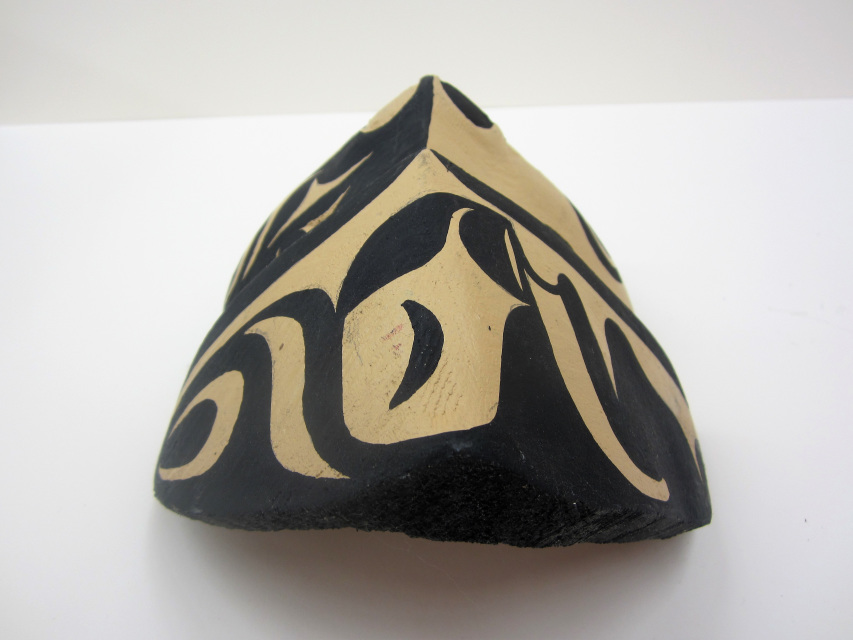 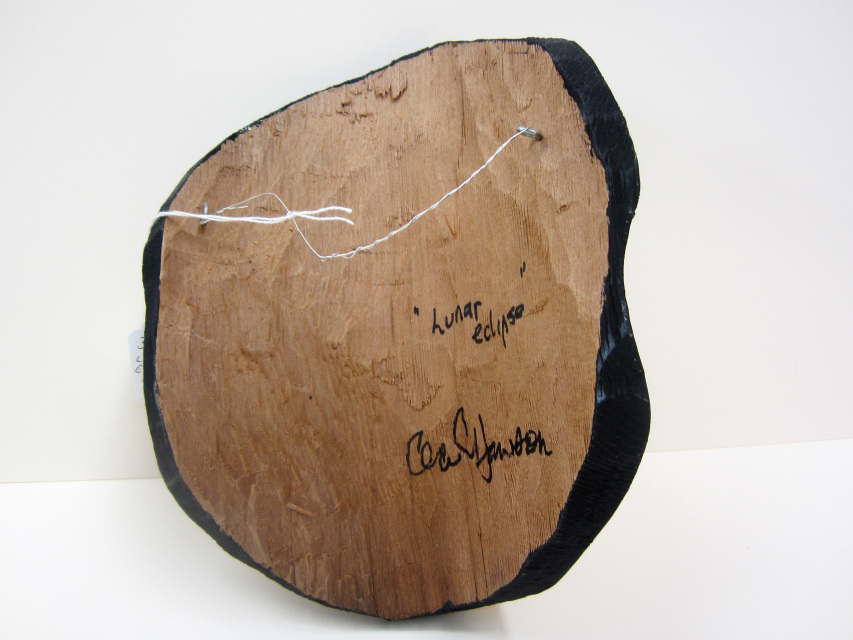 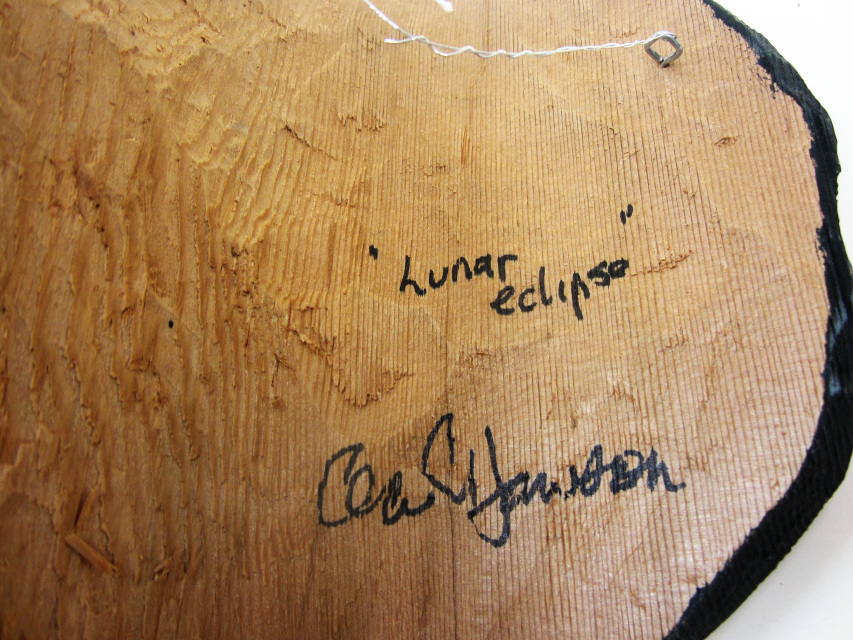 NOS 1 of a kind, Beautiful, original and signed 9 inches high by 7.5 inch wide and 4.75 inch deep with his depiction of ''Lunar Eclipse'' in the style of the Kwakuitl nation .

The Moon is associated with transformation since it controls the tides and illuminates the dark. It is seen as a guardian spirit.

The Nuu-chah-nulth whose year features thirteen Moons, honour Moon, and his wife Sun, as the most powerful of beings, the bringer of good luck and plentiful food. This is one of the instances in which Moon is male and Sun is female. Moon's facial expression is more delicate and serene than Sun.