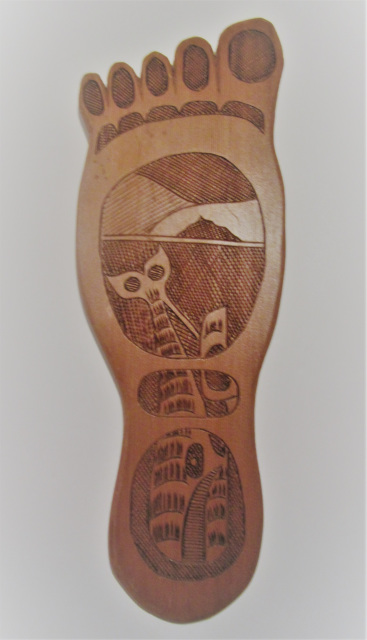 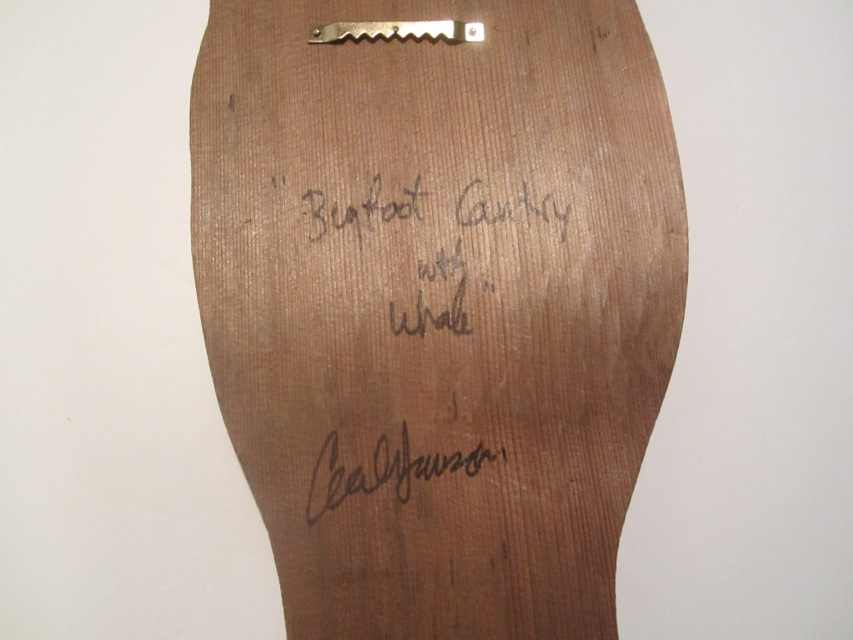 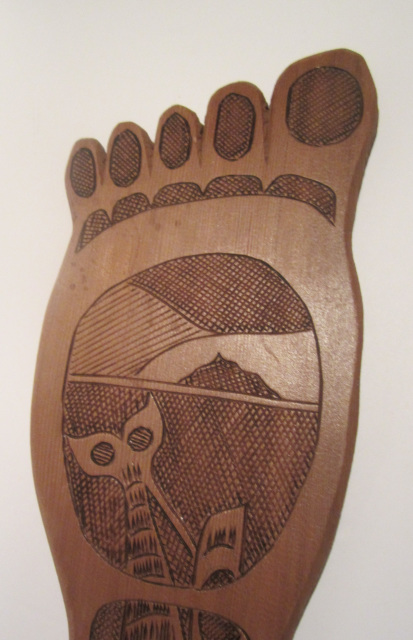 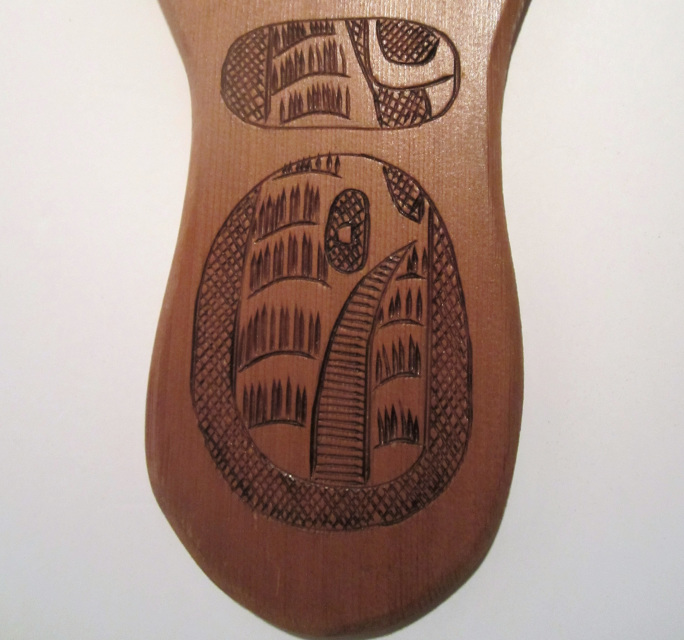 NOS Beautiful, original and signed 19 inches long by 6 3/4 inch wide red cedar wood plaque with his depiction of '' Bigfoot country & Whale'' in the style of the Kwakuitl nation.

This beautiful cedar wood plaque is signed by Hereditary Chief and artist Cecil Dawson and is ready to hung on a wall.

It is common to suggest that Native Americans of the Pacific Northwest told stories and made images of hairy man-beasts similar to the modern Bigfoot. According to major proponents of this notion (Hunter with Dahinden 1993, 15), “The earliest-known ‘recorded’ references to the Sasquatch are found on the carved totem poles and masks of the coast nations of British Columbia, particularly on those of the Kwakiutls.” Proponents cite such mythical creatures as the Dsonoqua and the Buk’wus.