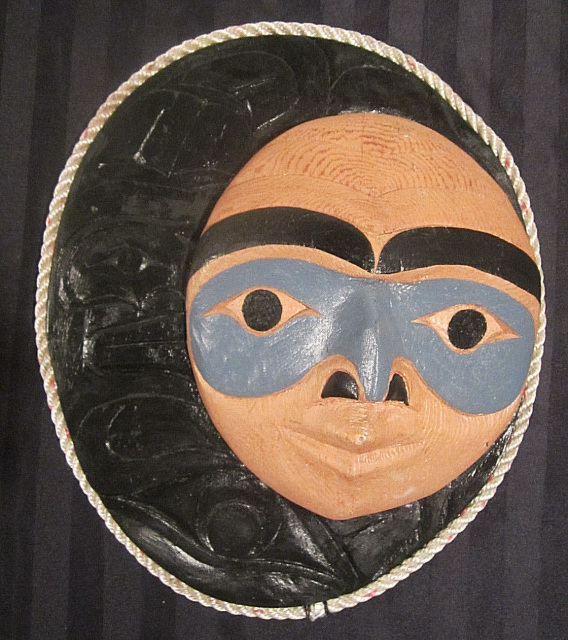 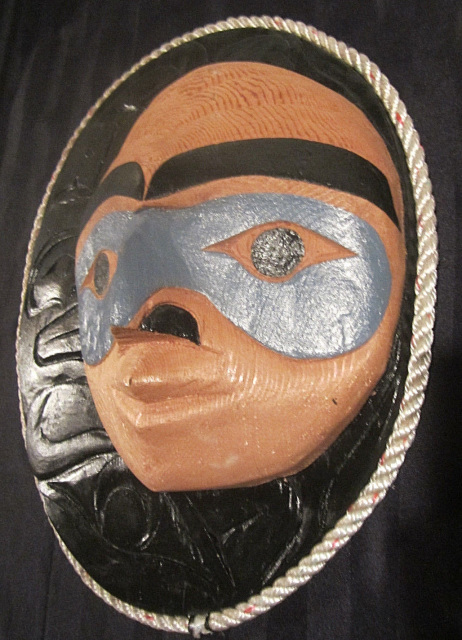 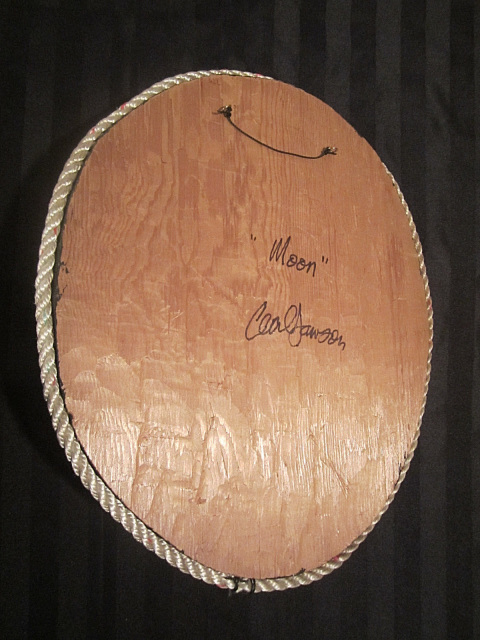 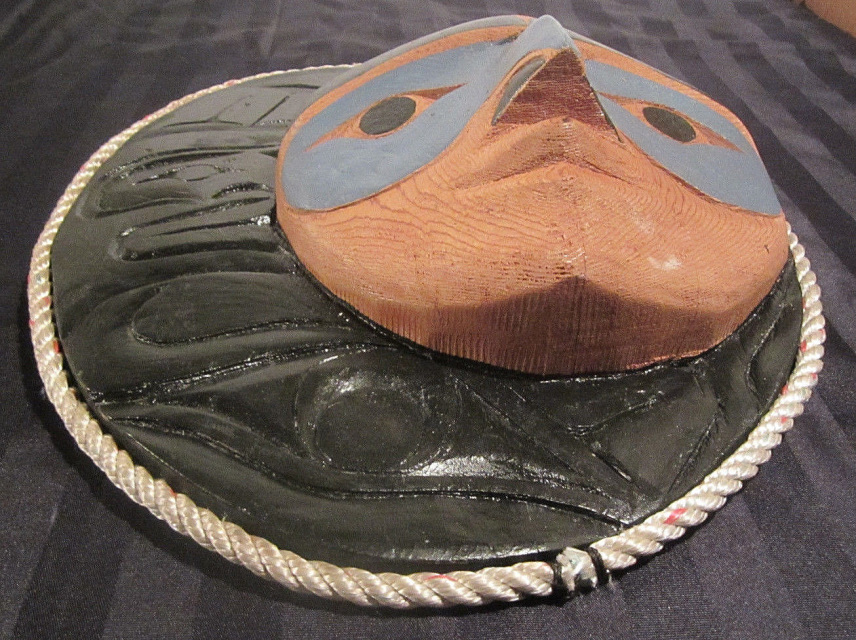 NOS 1 of a kind, Beautiful, original and signed 17 inches high by 14 inch wide and 4 3/4 inch deep with his depiction of ''Moon'' in the style of the Kwakuitl nation .

This beautiful approx. late 90's red cedar ceremonial plaque in mask form is adorned with rope surrounding the moon and is signed by Hereditary Chief and artist Cecil Dawson. Cecil only ever makes one of a kind pieces and never makes the same one twice.