Patrick Amos
In 1957 Patrick Amos was born on Nootka Island located on the west coast of Vancouver Island into the Mowachaht Band , one of the fourteen member tribes of the Nuu-chah-nulth Nation. Since 1976 Patrick has been designing limited edition prints. In 1979 he began carving wood, apprenticing with Tony Hunt Sr. at the Art of the Raven Gallery, in Victoria, BC. Later, he apprenticed with Tim Paul at the Royal British Columbia Museum carving shed in Victoria, where he assisted in totem pole projects.
In 1990 Patrick Amos and Tim Paul carved a 36' Hesquiaht totem pole for the Maori people of New Zealand. Patrick Amos began selling his work through the Royal British Columbia Museum shop in Victoria, B.C., as early as 1976. Patrick had his first solo exhibition in 1991 at the Gallery Indigena in Stratford, Ontario. In 1992 Patrick was invited to show his work at an exhibit at the Native Heritage Center in Duncan, BC. Patrick's work has been steadily shown at Images for a Canadian Heritage in Vancouver, B.C.. The Royal British Columbia Museum in Victoria, BC has also several paintings and prints of Patrick's in their permanent collection. Increasingly Patrick Amos is being commissioned for larger works and he now takes on apprentices to assist with these projects. His commissions include a 10' x 30' mural for the Mount Klitsa Junior Secondary School, in Port Alberni, BC. (1995) ; a 14' totem pole for the Alberni District Secondary Scholl in Port Alberni, BC.(1997) ; an 8' x 20' painted mural for the HA-HO Payuk Elementary School on the Tsahahe reserve in Port Alberni, BC ; and a 7' totem pole for the Gallery Indigena in Stratford, Ontario.
Patrick is active in his community, giving carving demonstrations at various schools throughout the Port Alberni, BC. school district each year. Since 1991 Patrick has taught a native art class at the Duquaht Art School in Ucluelet, BC. 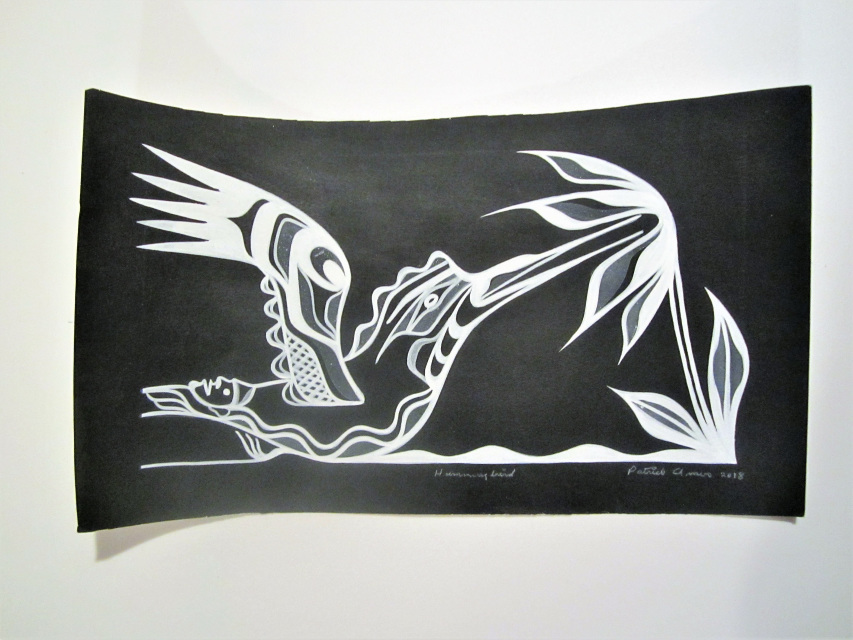 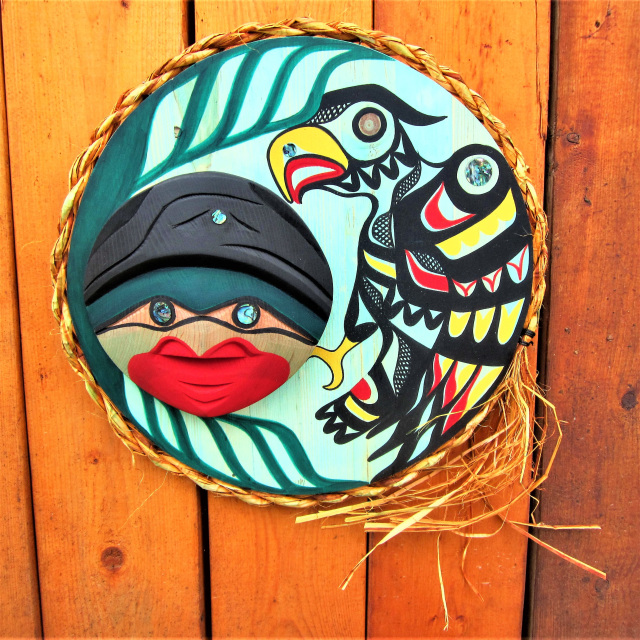 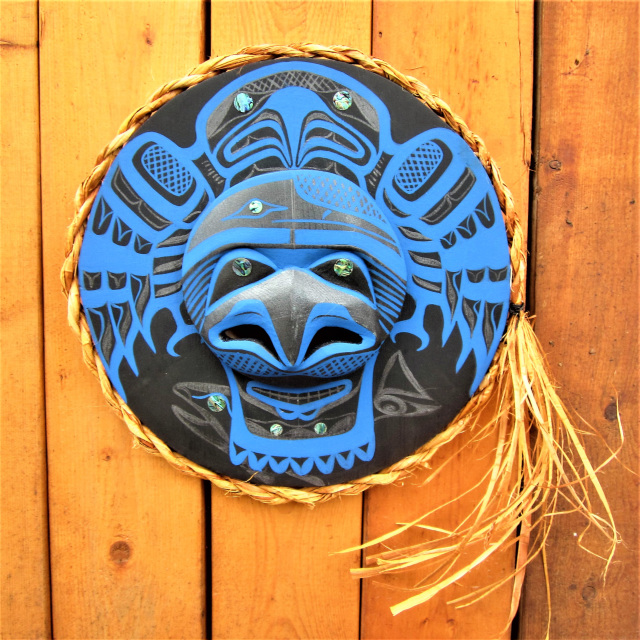 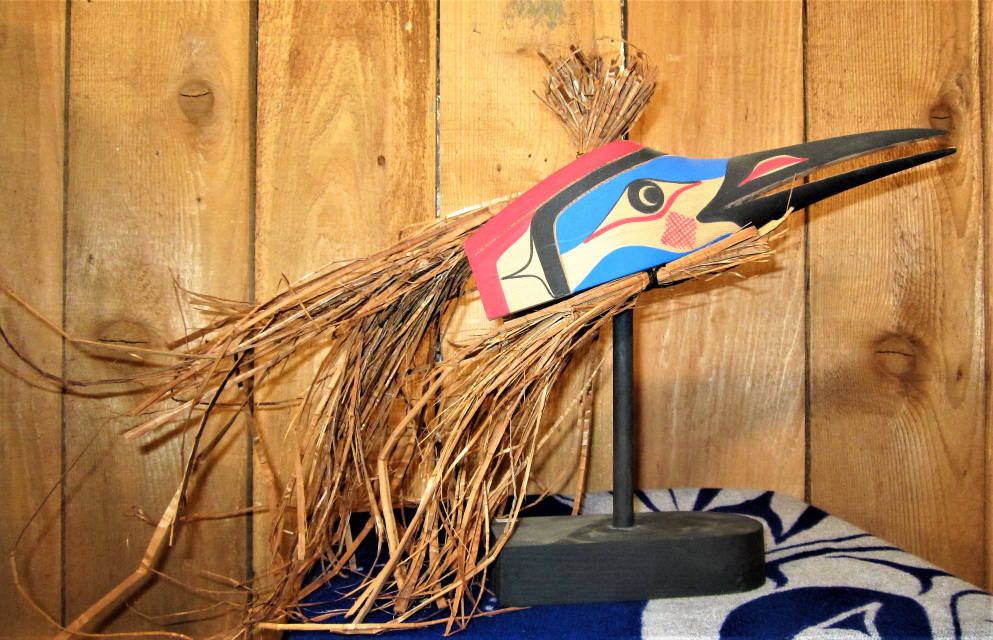